So it’s just the two of us watching? Weird.

I like this cook off to get in the top 16. That’s an interesting twist. And I know one of the contestants, so that’s cool.

I’m liking the beginning. I’ve always wanted to see how they made the eliminations for the actual cast of 16.

I’m not sure if I heard right? I think they said all but four of the sixteen were filled after group two finished? That seems very unfair to group 3. What if there are six really great chefs in that group? I can only guess they already know the talent level in Group 3 and aren’t concerned. Also, somebody from the bubble group needs a slot.

Very glad to see Emeril as a guest judge. So far it looks like we’ve got a really talented group this season. Let’s hope they keep it professional and we don’t get a lot of drama.

The two big contenders look like the young hispanic guy that was a Rick Bayless protegee and the rather smug guy that says his style is like Michael Volt. He’s the one the judges said had the best rabbit dish. He seems pretty full of himself. I hope he’s not another Marcel. It’s still early and it’ll take awhile to find out.

I am so happy the arrogant kid in the first group got kicked off for massacring that side of pork. And yay to the woman with the puny piece of tenderloin for making the Top 16!

Much too early to start handicapping favorites. I’ve got to get to know them first! 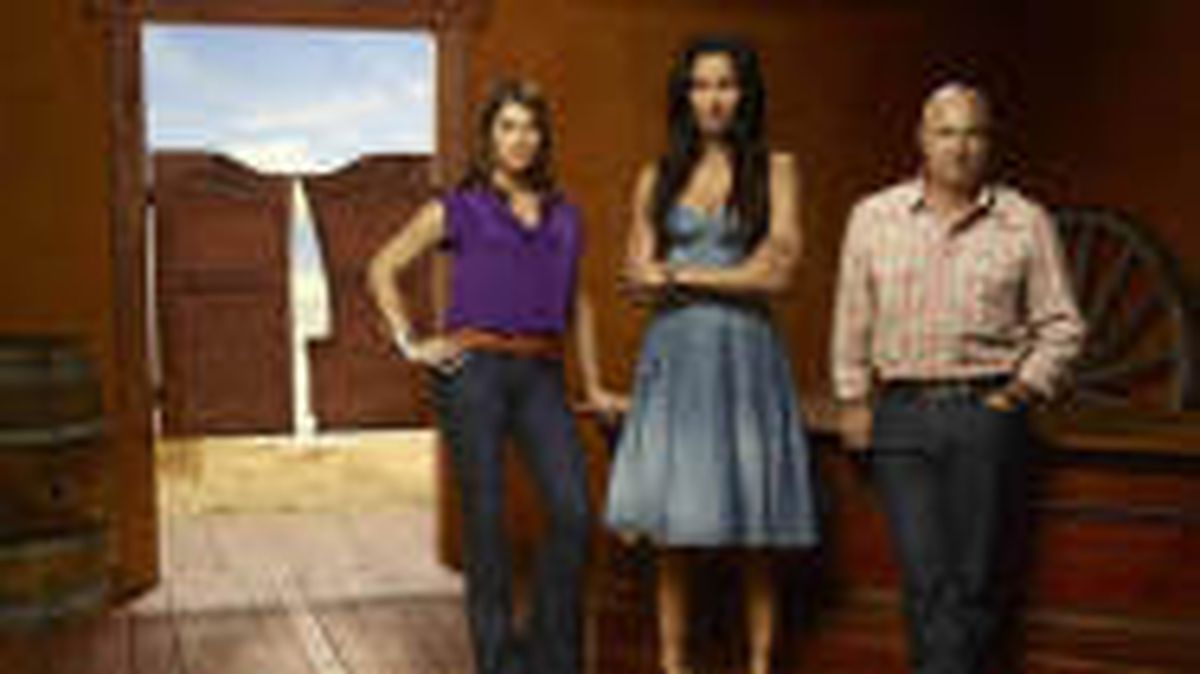 Chicago chefs represents in week one of Top Chef Texas

The recap confirms they’ve picked the first eleven chefs out of sixteen. Five from Chicago so far. Chicago is proving it’s food cred for sure. They got some great restaurants there.

The article has twitter links for the Chicago chefs jut in case you want to follow them. Emeril has been tweeting tonight about the chefs he judged.

I am so happy the arrogant kid in the first group got kicked off for massacring that side of pork. And yay to the woman with the puny piece of tenderloin for making the Top 16!

I’m pretty sure she was put on the bubble

Yeah, tenderloin girl is on the bubble. I liked her though and hope she gets a chance. I definitely preferred this elimination round as compared to years where it was “chop an onion real fast and we’ll see if you can stay.”

Ha ha ha at butcher boy that got sent home - seemed like someone who just likes to talk shit but boy his story changed when he started realizing he was screwing up. Plus, I’m glad I don’t have to look at his weird rubber face all season.

I love this show. It’s still a bit early, but Chris Crary (I think I got his name right), is already a favorite for me. And Whitney.

I was initially hoping for the Sacramento kid since that’s sort of my neck of the woods, but boy oh boy, he sure flamed out. I’ve never butchered a pig, but I doubt I would have done too much worse than him.

I’m glad to see some new judges too.

My favorite of all these types of shows, but I’ve learned to hold off on watching it for a few weeks. It’s always very muddled and confused in the beginning and there’s so many contestants that there’s no personality to the show until it gets pared down a bit.

I am so happy the arrogant kid in the first group got kicked off for massacring that side of pork.

Yeah, that gave me the warm fuzzies all over. That was a crime against a beautiful chunk of pig. It may have been editing, but it sounded like she told him multiple times she needed the tenderloin and he gave her the wrong pieces. If you don’t know what the tenderloin is and what it looks like and where it is on the pig, you don’t know enough to have a snowball’s chance in this competition and shouldn’t be allowed to waste everyone’s time.

Hell, I have no formal training whatsoever and couldn’t tell you with much accuracy what primal cut the tenderloin is on. But if somebody handed me a big chunk of pork and said, “Here, this has the tenderloin and chops on it, cut them apart,” I could find the goddamn tenderloin without a guided tour. It’s kind of distinctive, ya know?

I have to wonder what that guy’s deal was. Is he in fact anywhere near as good as he thinks, and just has no idea how to butcher but couldn’t admit it? Or does he just live in a fantasy world in which he’s a personal chef to celebrities? I was hoping he’d make it, just because he seemed like he’d make the show entertaining with his douchiness.
Reasonable start to the season, so far, although as always there are way too many people to keep track of.

Yeah, liked it and loved the first dismissal. Didn’t like having to wait for the rest until next week, though.

I’m glad they sent that guy home immediately. If you can’t do simple butchering like that, you have no business competing for Top Chef.

That arrogant brat made my butt tired! Bragging how he knew more than chefs twice his age, and how he’d already written his first cookbook. When Tom and Emeril questioned his butchering, you could see the BS flitting across his face, thinking he could fast talk his way into getting another chance. He walked out shell shocked.

He needs to peel potatoes some place for a few more years.
~VOW

The delightful young fellow who flamed out right away is named Tyler Stone. Here is an interesting blurb about him on Grub Street. Some of the comments are very revealing and amusing. He really sounds like he got what he deserved.

You can also do a Google search and go to his personal website, if you think you can stomach it.

North Carolina? The black guy with the beard? I want to like him because he seems so cool, but the beard bothers me. They never make a point about hygiene on Top Chef, but the thought of people cooking with a lot of hair not in a hat or pulled back icks me out.

IMO Top Chef jumped. Why do the silly gimmick of eliminating half the chefs in the 1st episode? (it should’ve been a 90 minute episode to get it out of the way). I am looking forward to Emeril this season, though.

IMO Top Chef jumped. Why do the silly gimmick of eliminating half the chefs in the 1st episode? (it should’ve been a 90 minute episode to get it out of the way). I am looking forward to Emeril this season, though.

Doesn’t strike me as hugely silly… particularly if you think of the season as really “starting” on episode 3, with (presumably) the first normal quickfire/elimination challenges… but we’ll start with at least some foundation of knowing who the competitors already are.

To each his own, I guess.

He’s my favorite, too. I’m a sucker for giants. CJ was one of my favorites on his season, too.

I immediately hated the woman who whined because she had to compete for a place in the competition :dubious:. I think she ended up “on the bubble.”