Picked up Stage Fright in the library a few weeks ago, which got me going on Michael Wilding, who, in addition to being Elizabeth Taylor’s second husband, was a reasonably successful actor, more in England than in Hollywood.

So I checked Netflix to see what else they had, and ended up with Torch Song (1953) in my DVD player last night. Oh good lord. Joan Crawford, trying to show her versatility, plays a Broadway musical star – Michael Wilding plays her pianist, who, though blind, is the only one who can see beyond her hateful facade to the passionate woman within. Crawford ain’t much of a dancer, but damn, the stems on that tomato – and the woman who dubbed her singing voice did a fine job.

All of which is all okay, but then you get to the penultimate scene, the dress rehearsal of the big musical number – “Two-Faced Woman” – which Joan performs, for absolutely no reason explained or unexplained, in blackface.

I’m sure Eve has seen it (I was wishing she was there to provide running commentary) – but has anyone else?

Proof again that no matter how awful the vehicles she was handed (and *boy *did they hand Joanie some stinkers), she always gave 100% and never phoned it in. Terrible film, but damn if she doesn’t believe in her character and turn in as good a performance as was possible.

Torch Song is one of the funniest movies ever made.

Glad to hear it’s out on DVD – for the longest time you could only see it on TCM.

“Two Faced Woman” was originally written for the movie The Band Wagon** – – but it was dropped from the movie. 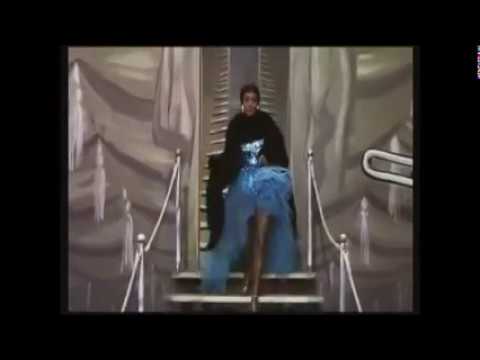 It’s one of those movies that’s so bad it’s wonderful.

CoolCinemaTrash.com is a loving tribute to movies that have been discarded or dismissed as junk.

It’s one of those movies that’s so bad it’s wonderful.

Yeah, I’m a little at a loss to know how to rate it on Netflix. On the one hand, it really is just godawful – on the other hand, it’s immensely entertaining in its awfulness. So, two stars for actual quality? or four stars for entertainment value?