And, here she is one picture of her.

Back in the 60s, there was a different picture. One that could be manipulated in a manner that delighted adolescent boys everywhere. 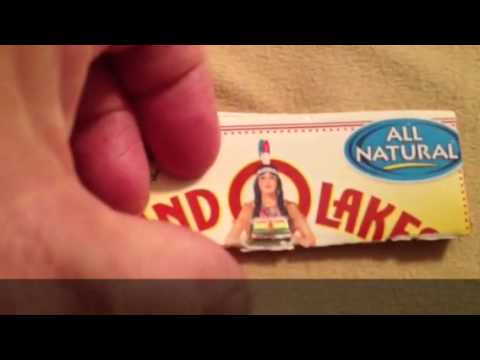 In April 2020, Land O’Lakes Inc. took the image of the Native American woman Mia off the butter boxes of its product, a decision not universally supported, even among Native Americans.

The Land O'Lakes indigenous woman, named Mia, holding the butter box was painted in 1928 by Brown & Bigelow illustrator Arthur C. Hanson. According to Land O'Lakes, the original image of Mia was "simplified and modernized" in 1939 by Jess Betlach and has undergone many minor modifications since as the enduring logo of the co-op. Red Lake Ojibwe artist Patrick DesJarlait updated Mia's image in the 1950s. DesJarlait publicly believe in fostering an open dialogue between Native American In 2018, th...

Despite her strict upbringing and Christian faith, Mia Farrow also studied transcendental meditation with the Maharishi Mahesh Yogi in 1968. Unbelievably, she was there at the same time as all four of the Beatles, Mike Love of the Beach Boys, the singer Donovan, and Farrow’s own sister Prudence (for whom the Beatles song “Dear Prudence” was written). Talk about a super group, right?

Love Field is the birthplace, corporate headquarters, and a major operating base of Southwest Airlines; as of August 2021, Southwest has a 95% market share at the airport.

Four airlines dominate the domestic U.S. air travel market, accounting for 2/3 of all domestic air travel. Their market shares (passenger miles, for the 12 months ending April of 2022) are:

A friend of mine just flew back to the U.S. on United from London and had a horrible experience, FWIW.

John F. Kennedy, President of the United States, flew into Love Field, Dallas with his wife Jacqueline and his official party aboard Air Force One on Nov. 22, 1963, but was slain in Dealey Plaza early that afternoon.

According to a January 2022 Frommer’s Travel article, the world’s safest airlines are:

Lately I’ve been enjoying (not the best word here) The Airline Disaster shows. I find them fascinating.

Dallas Love Field was originally an Army Air Service training base, commissioned in 1917. The base was named for Army Lieutenant Moss Lee Love, who perished during flight training. Love had no connection to the area, but it was the norm at the time to honor Army aviators who perished in flight.

The City of Dallas purchased the property in 1927 and began using it commercially. It remained the primary airport in the area until DFW opened it 1974.

BDL / Hartford CT — Bradley International Airport is named after a 24-year-old pilot, Eugene M. Bradley of Antlers, Oklahoma, who died in a dogfight exercise in August of 1941. Bradley’s P-40C fighter plane crashed at Windsor Locks Army Air Field during a training flight, and the field was subsequently named after him.

AUS / Austin TX — Austin–Bergstrom International Airport is named after Captain John August Earl Bergstrom, an administrative officer with the 19th Bombardment Group, at Clark Field in the Philippines. He was the first native Austinite to be killed in action during World War II.

Austin Straubel was a military pilot, who was born and raised in Green Bay, Wisconsin. Straubel joined the U.S. Army Air Forces in 1928; at the time of the attack on Pearl Harbor, he was the commander of the 11th Bombardment Squadron, and was deployed to the Pacific theater.

Straubel was killed in action in February of 1942, when his Douglas B-18 Bolo bomber was shot down in Indonesia; he was the first aviator from Brown County to die in the war. After the conclusion of the war, Green Bay’s new airport was named for him, and is still named after him today, as “Green Bay-Austin Straubel International Airport” (GRB).

The U.S. Navy decisively won the June 1942 Battle of Midway over the Imperial Japanese Navy just six months after the Japanese bombed Pearl Harbor. The Japanese lost four fleet carriers at Midway, and were never again able to take and sustain the initiative against the U.S. in the Pacific again.

The Imperial Japanese Navy patrolled off the western coast of Canada by invitation during World War I as allies of the British Empire. In World War II, however, the geopolitical situation had changed and… things were a bit different.

The Imperial Valley is an area of southern California, lying between the state’s border with Mexico to the south, and the Salton Sea to the north.

It was given its name by the Imperial Land Company, which developed the area in the early 20th Century.

The Imperial Conference of 1926 unanimously adopted the Balfour Declaration, which affirmed that Canada and the then five other Dominions were fully autonomous, with the same status as the United Kingdom.

“Crown Imperial” is an orchestral march by British composer William Walton, commissioned for the coronation of King George VI in Westminster Abbey in May 1937. It has been publicly played on a number of royal occasions since then, including as a recessional piece at the wedding of Prince William of Wales and Miss Catherine Middleton, that day named Duke and Duchess of Cambridge, on April 2011.

It was given its name by the Imperial Land Company, which developed the area in the early 20th Century.

I’ve always mildly wondered about that. Thanks!

The Chrysler Imperial was sold for the 1955-1975 and 1981-1983 model years. In 1955, Chrysler spun off Imperial into its own make and division to better compete with its North American rivals, Lincoln and Cadillac.