Trump calls for Biden to "Resign in Disgrace" 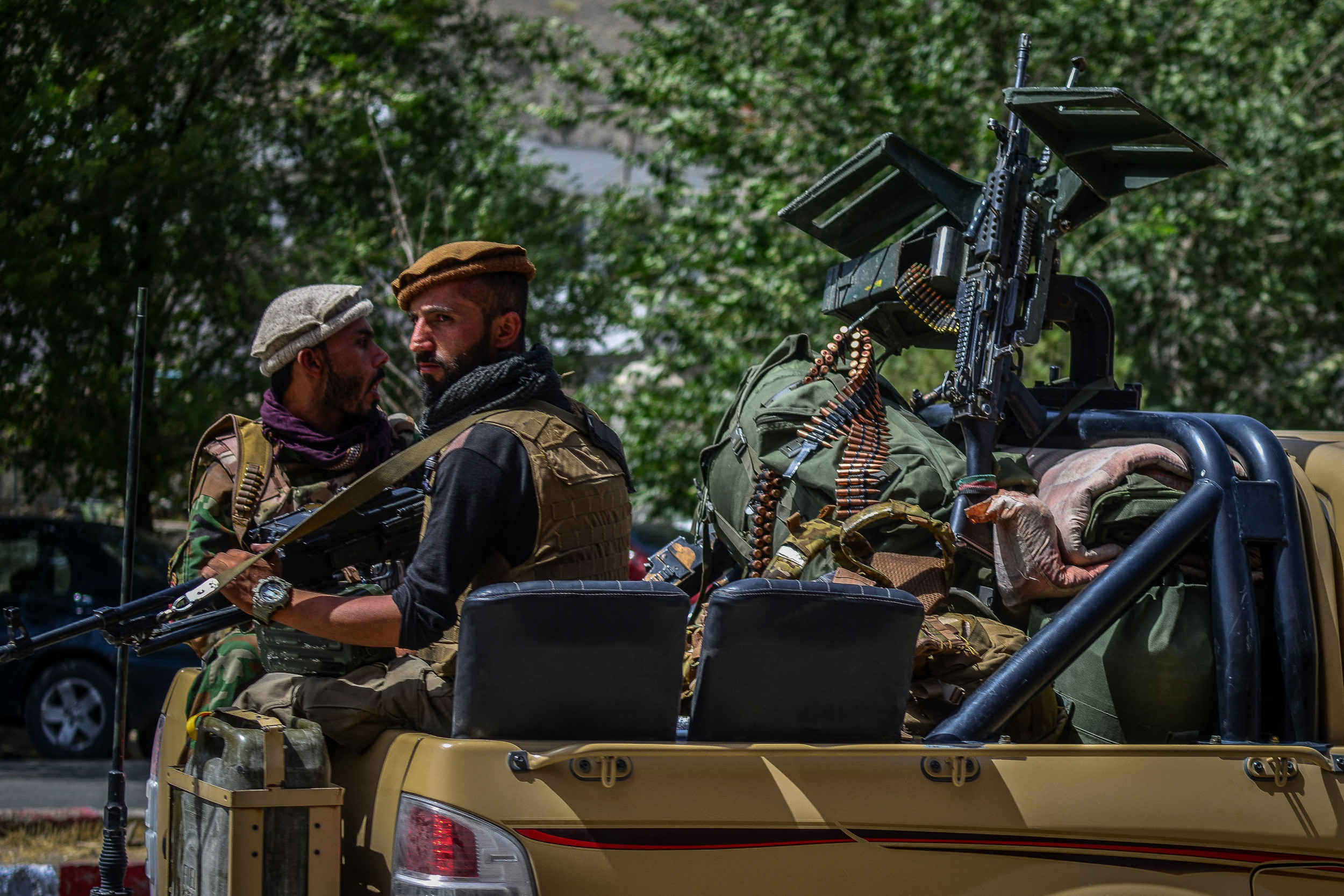 "It is time for Joe Biden to resign in disgrace for what he has allowed to happen to Afghanistan," Trump said in a statement on Sunday.

Due to what has happened in Afghanistan, a situation Trump himself engineered in his waning days.

While I am not thrilled about the happenings in Afghanistan, I’d like to hear what actions should have been taken after the agreements Trump had made (on behalf of the US) with the Afghan and Taliban officials. I am not totally aware of the situation in Afghanistan, but it seems to me as if the Afghanistan problem has existed for decades, an I don’t see that Biden has any other course of action.

So Trump wants Harris as President?

He should have made plans to evacuate all of the Americans and all of the Afghans who assisted “The War Effort”. He should have been prepared for the speed with which the Taliban moved, conquering the country in a week. He should have known how ill prepared the Afghan forces we trained (for 20 years) were. And fuck Donald Trump, as if he has any idea what he’s talking about.

Everything they happens while Biden is President is going to be his fault and a reason for him to resign.

No, fucking antifa hacked the symposium. 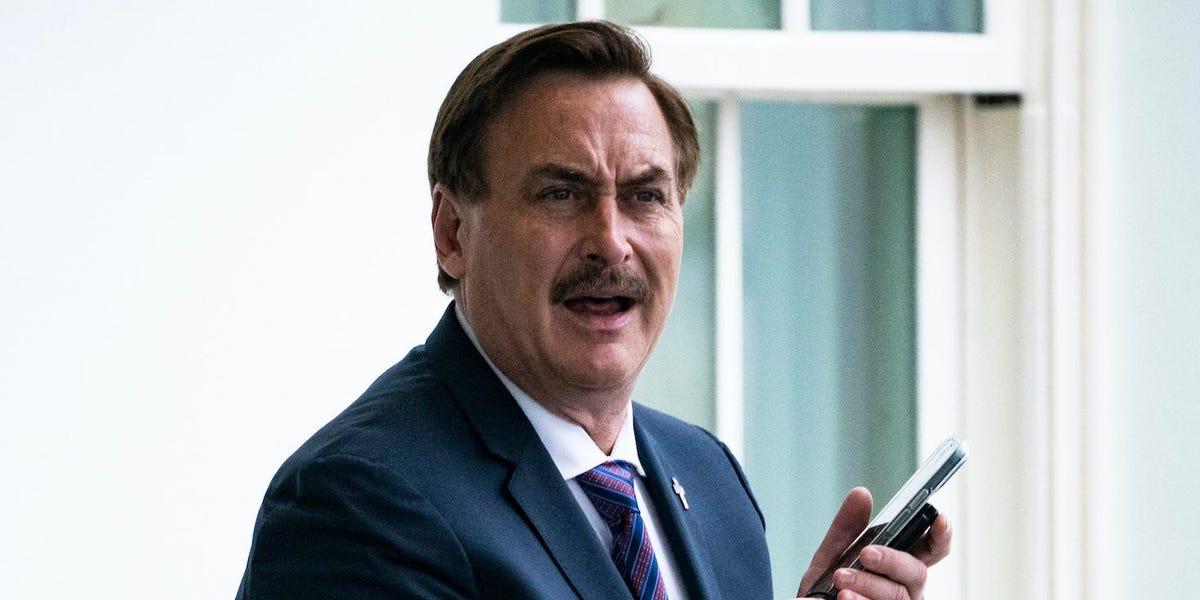 Lindell kicked off the last day of his South Dakota conference by talking about a "poison pill" attack being planned on the cyber symposium.

Biden didn’t arrange for evacuation of American allies from Afghanistan (he did it at the last minute), so there’s valid criticism, but not from Trump. Biden should have planned for that starting January 20th, 2021. I doubt any president would step down over this kind of failure, though. Clinton, Bush Jr., Obama, Trump himself and other presidents made similar screw ups and didn’t step down.

I wonder if this will even be an election issue in 2024. People will be sick and tired. Perhaps Republican-aligned “reporters” will travel to Afghanistan to look for bad news to throw on Biden, but that’s a good way to spend the rest of your life in a Taliban prison.

Reading that post totally reminded me of the episode of this episode of Hollywood Squares with Gilbert Gottfried.

Speaking for myself, not for Trump, I think that Biden was extremely foolish and short-sighted to blithely assume that the situation would stay more or less stable after our withdrawal. He was privy to information about Afghanistan while serving as Obama’s VP; he of all people should have known better than to assume that the Taliban would cooperate with his lack of contingency planning.

Now, he has the joy of (A), scrambling to send troops BACK there to help other Americans evacuate; and (B), multiple influential people have already declared that this is his “fall of Saigon” moment. The Democratic party spent 40 years trying to dig their way out of the shadow of Vietnam, and Biden has single-handedly put them back there in the space of one week.

The Democratic party spent 40 years trying to dig their way out of the shadow of Vietnam, and Biden has single-handedly put them back there in the space of one week.

I don’t think so. As discussed in this informative IMHO thread about the Afghanistan situation, there was never a particularly clear popular picture of a specific American geopolitical mission in Afghanistan.

For Americans, Vietnam was about defeating the commies. Afghanistan, on the other hand, was about getting the terrorists. Once Osama bin Laden was killed, ISTM, Americans in general didn’t care much about the Afghanistan situation one way or the other. (Which in itself is catastrophic, given the devastation our invasion wrought in the region; I’m just saying that most Americans don’t seem to see it as our catastrophe.)

Mind you, that’s not to say that Republicans won’t try to bang the Vietnam-analogy drum as hard as they can, and blame the Democrats and Biden as much as they can: they’ll follow Trump’s lead in that regard.

Particularly, I’d like to know what Trump thinks he should have done.

Played golf and seen what he could grift out of the situation, duh.

Isn’t that almost exactly what you all said about Trump?

No. What’s confusing you is that Trump was so constantly doing so many incompetent, irresponsible, stupid and unethical things that he was getting blamed all the time for stuff he was actually responsible for.

Republicans/conservatives would dearly love to be able to turn the same inexhaustible firehose of criticism and condemnation on Biden. But because Biden is not even a fraction as incompetent, irresponsible, stupid and unethical as Trump, they’re forced to fall back on blaming him for natural disasters and their own failure to get vaccinated against COVID and a whole host of other things that Biden’t not responsible for.

I’m not so sure this was a scramble. I’m pretty sure Biden’s plans were to get the Iran deal back, and part of that deal was that Iran was going to have its unofficial troops be official and stay in Afghanistan as a peacekeeping force. China also seemed to have tried to negotiate in ways to try and do something like that, bringing in Pakistan instead of Iran.

I think they held out hope as long as they could, and now aren’t so much scrambling as doing exactly what they would have been planned before as the last ditch attempt. With all the people he brought in with foreign policy stuff, having started planning even before he took office, it doesn’t make sense to me to think this was actually a last ditch plan.

Just a plan executed at the last possible moment.

So Trump wants Harris as President?

No, why do you think that could happen?

Everybody knows that after Biden resigns, Trump automatically becomes President.
That’s how the constitution works.

I just want to take the opportunity to remind disgraced, twice impeached former President tanTrump that he still is not President again. Not even first in line, the sore loser.

Obviously Biden is not going to and should not resign but it’s hard to see this fiasco as anything but a failure for his administration. I think the decision to leave is defensible but it’s clear that the administration over-estimated the capabilities of the Afghan army and underestimated the time needed for an orderly withdrawal.

Does this matter? Suppose the Biden administration had withdrawn over 1-2 years and then the Afghan government collapsed anyway after another 1-2 years. Would that be any better ? I think yes. There are a lot of vulnerable Afghans who have helped the US and deserve support. The extra time would have enabled many of them to leave and protect themselves and their families and the US owes them at least that much.
Also for a global superpower optics and credibility matter. A slower collapse of the Afghan government spread over 2-3 years would damage US credibility less than the current fiasco.

Does this matter? Suppose the Biden administration had withdrawn over 1-2 years and then the Afghan government collapsed anyway after another 1-2 years. Would that be any better ? I think yes. There are a lot of vulnerable Afghans who have helped the US and deserve support. The extra time would have enabled many of them to leave and protect themselves and their families and the US owes them at least that much.
Also for a global superpower optics and credibility matter. A slower collapse of the Afghan government spread over 2-3 years would damage US credibility less than the current fiasco.

None of that is really Biden’s choice. This was an agreement that he had to follow. Unlike Trump, he’s not going to back the US out of international agreements.

I don’t agree the US’s credibility is any worse. It’s been bad since the point where we stayed beyond the initial mission. At no point did we train the Afghanis to be able to hold off fighters like the Taliban. Trump agreed to the withdrawal without any plan in place to handle it, because he just listened to the populist “get our troops out” sentiment.

The decision was Trump’s. Heck, if he were any better of a politician, I would think he did it on purpose. But, of course, he actually seems to have thought he could get a second term. More likely, it didn’t occur to him to care. Those who are in danger aren’t Trump, after all.

Biden did fail, but he didn’t fail in these ways. He just failed to be able to mitigate the problem that the previous guy set up. If the Iran deal hadn’t been blown up, they’d likely be willing to help, to give themselves more power in the region. But they can’t be seen as helping the US now. And if Trump negotiated proper terms and had an actual exit strategy (or, well, if Obama or Bush had one), this wouldn’t be Biden’s issue, either.