It occurred to me to create this post after I read an article about the reaction to building a huge fence around the White House:

President Donald Trump may no longer be hunkering down in a bunker, but he does seem to be building a lot more fencing around the White House. CNN reporter Betsy Klein on Thursday posted a video showing a massive amount of new fencing being built at...


…and somebody in a twitter quote reminded me of one of these (the moat one).

These are five absolutely ridiculous trump ideas I’ve thought of just off the top of my head, then looked up a cite for each. They are ranked in my opinion from least stupid (what a reasonably intelligent 6 year old might think of) to absolutely batshit insane.

Caveat-- only the first 3 of these are direct quotes from trump to the media; the 2 craziest are from secondhand accounts, but I consider the sources reputable enough to include:

There are plenty more. Add your own!

PolitiFact is a fact-checking website that rates the accuracy of claims by elected officials and others on its Truth-O-Meter.

Where’s the whoosh? He said that at at a fundraiser for the National Republican Congressional Committee. Or are you saying trump got whooshed?

Where’s the whoosh? He said that at at a fundraiser for the National Republican Congressional Committee. Or are you saying trump got whooshed?

The “whoosh” was the sound that windmills make to cause cancer, sort of an actual whoosh. Yours is some kind of meta-whoosh.

The whole finite energy thing, as it applies to the human body. Used as his way of saying exercise depletes this unrenewable resourse, hence the flab.

I can’t keep up with the stupid assholes bullshit and lies.

Obamagate, as a way to try to distract from his own criminal stupidity and incompetence. “It’s in all the newspapers, except yours”

The “whoosh” was the sound that windmills make to cause cancer, sort of an actual whoosh. Yours is some kind of meta-whoosh.

Ah, I get it now. That one whooshed right over my head.

I think his “most ridiculous and stupid” idea that he can tell lies any time he wants about anything and not be called out for it with recorded evidence to refute him. His thirty million hardcore fans don’t care what he does but, if he wants to get reelected, the large number of swing voters do.

Jackhammering the Art Deco bas-reliefs of the 1927 Bonwit Teller Building into rubble to save the couple grand it would’ve taken to truck them thirty blocks north to the Metropolitan Museum of Art, back in the early ‘80s.

Not on the level of everything mentioned above, but this was the first news story that alerted me to the existence of Trump as an absolutely staggering asshole, and I’m kinda sentimental about it

Donald Trump may occupy the White House, but after a weekend of supporting neo-Nazis and white supremacists, he returned to his real seat of power – Trump Tower. Here in his self-made citadel…

Jackhammering the Art Deco bas-reliefs of the 1927 Bonwit Teller Building into rubble to save the couple grand it would’ve taken to truck them thirty blocks north to the Metropolitan Museum of Art, back in the early ‘80s.

Not on the level of everything mentioned above, but this was the first news story that alerted me to the existence of Trump as an absolutely staggering asshole, and I’m kinda sentimental about it

Wow, I hadn’t heard of that, thanks.

His imaginary potential sexual relationship with the recently deceased Diana, formerly Princess of Wales (with bonus stupid ideas about STDs):

“I think I could have,” Trump replied.

Referring back to an earlier discussion the two men had about HIV testing, Stern then acted out a scene where Trump demands Princess Diana get tested before having sex.

“Hey Lady Di, would you go to the doctor?” Stern joked.

“Go back over to my Lexus, because I have a new doctor,” Trump added, as if addressing the late princess. “We wanna give you a little checkup.” […]

Trump, 71, has shown a preoccupation with sexually transmitted diseases. […] And at a recent meeting of his charitable foundation, Bill Gates revealed that on two separate occasions — once at the Trump Tower in December 2016 and another time in March 2017 at the White House — Trump asked him if the Human Papillomaviruses (HPV) and the Human Immunodeficiency Virus (HIV) were the same thing.

“Both times, he wanted to know if there was a difference between HPV and HIV,” Gates, 62, said in a clip that aired on Thursday. “So I was able to explain that those are rarely confused with each other.” […]

Trump again lusted after Princess Diana in bizarre detail in a 2000 interview with Stern, telling the host he would have slept with Diana “without even hesitation.”

“I tell you what,” Trump said, “I think she’s magnificent. Lady Di was truly a woman with great beauty. I’ve seen her a couple of times. She was really beautiful, and people didn’t realize that beautiful. She was supermodel beautiful. She had the height, she had the beauty, she had the skin, the whole thing.” […]

In a 2015 column in the U.K. paper The Sunday Times, former British TV anchor Selina Scott wrote that Trump saw Diana as “the ultimate trophy wife,” and tried to woo her after her divorce from Prince Charles in 1996, sending huge bouquets to the newly single princess’s London home at Kensington Palace.

“As the roses and orchids piled up at her apartment she became increasingly concerned about what she should do. It had begun to feel as if Trump was stalking her,” Scott wrote, adding that Diana personally asked the former TV anchor: “What am I going to do? He gives me the creeps.”

Sorry, I don’t have a cite for this one. But about seven South Jersey friends/acquaintances went to work at the new Taj Mahal for the summer when it opened. Two weeks and the jobs ended. Not to mention the strike by his contractors that set up Atlantic City business owners losing their businesses. (I’ve looked for the class-action suit against the Trump company, but can’t find!)

Of course, the slots didn’t work, the tables weren’t all open, restaurants were closed, but room service was available.

I took a second job that summer doing part-time telemarketing. Two of my co-workers were a full-time mom & dad, who were forced to foreclose their dry cleaning and pizza places for businesses due to the equipment and rubble near the Taj blocking their entrances. They moved to Haddonfied, NJ, living with their son for a while.

A Democratic Congresswoman has introduced a bill to prevent him from nuking hurricanes. 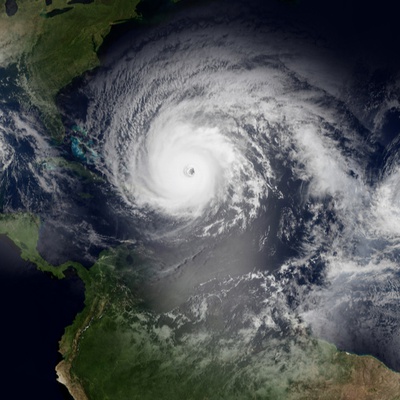 Bill Would Prevent the President from Nuking Hurricanes

It came on the first day of hurricane season, in response to a recommendation Trump reportedly made in the past.

A Democratic Congresswoman has introduced a bill to prevent him from nuking hurricanes.
https://www.nextgov.com/policy/2020/06/bill-would-prevent-president-nuking-hurricanes/165900/

Wow. I’m not familiar with that site, and I wasn’t sure at first whether that article was Onion-style satire or not.

“I will build a great, great wall on our southern border, and I will have Mexico pay for that wall. Mark my words.”

“When during the campaign I would say, ‘Mexico’s going to pay for it,’ obviously I never said this.”

“When you will see my financial statement, at some point I assume it’s going to be released, you’ll be very impressed by the job I’ve done. Much, much bigger, much, much better than anybody.”

“I’m very good at real estate, very, very good; much better than you even understand. …When you see my financials, which I’ll give at the right time, you’ll say, ‘Man, he was much better than we even thought.’”

“The concept of global warming was created by and for the Chinese in order to make U.S. manufacturing non-competitive.”

“The U.S. cannot allow EBOLA-infected people back. People that go to far away places to help out are great - but must suffer the consequences!”

“Nobody knew health care could be so complicated.”

“I don’t watch the stock market.”

“But I found some very old laws from when our country was rich – really rich. The old tariff laws – we had to dust them off; you could hardly see, they were so dusty.”

“I had a meeting at the Pentagon with lots of generals – they were like from a movie, better looking than Tom Cruise and stronger – and I had more generals than I’ve ever seen.”

“Look at the fact that we would have been powered by wind, which wouldn’t have worked, by the way, because it only blows sometimes, and lots of problems come about.”

“In London you have stabbings all over. I read an article where everybody’s being stabbed. They said your hospital is a sea of blood all over the floors.”

“This country is allowing this French wine which is great, we have great wine, too, allowing it to come in for nothing. It is not fair. And you know what, it’s not fair. We’ll do something about it.”

“France is a great nation. It’s being run. A lot of things are happening.”

“We will be ending the AIDS epidemic shortly in America and curing childhood cancer very shortly.”

“We never agreed to protect the Kurds for the rest of their lives.”

“I got sued on a thing called emoluments – emoluments. You ever hear the word – nobody ever heard of it before.”

“My fingers are long and beautiful, as, it has been well documented, are various other parts of my body.”

“The buck stops with everybody.”

“But, you know, I never did politics before. Now I do politics.”

“There are those that think I am a very stable genius, OK?”

“So, someday, with all of us – this is all of us – and those hats are beautiful, by the way. Someday.”