UFOs off the Cleveland shore

This Channel 5 story about a waterspout in Lake Erie makes no mention of the 4 large flying saucers in the photos. Click on the photos, not the video. Some kind of reflections? 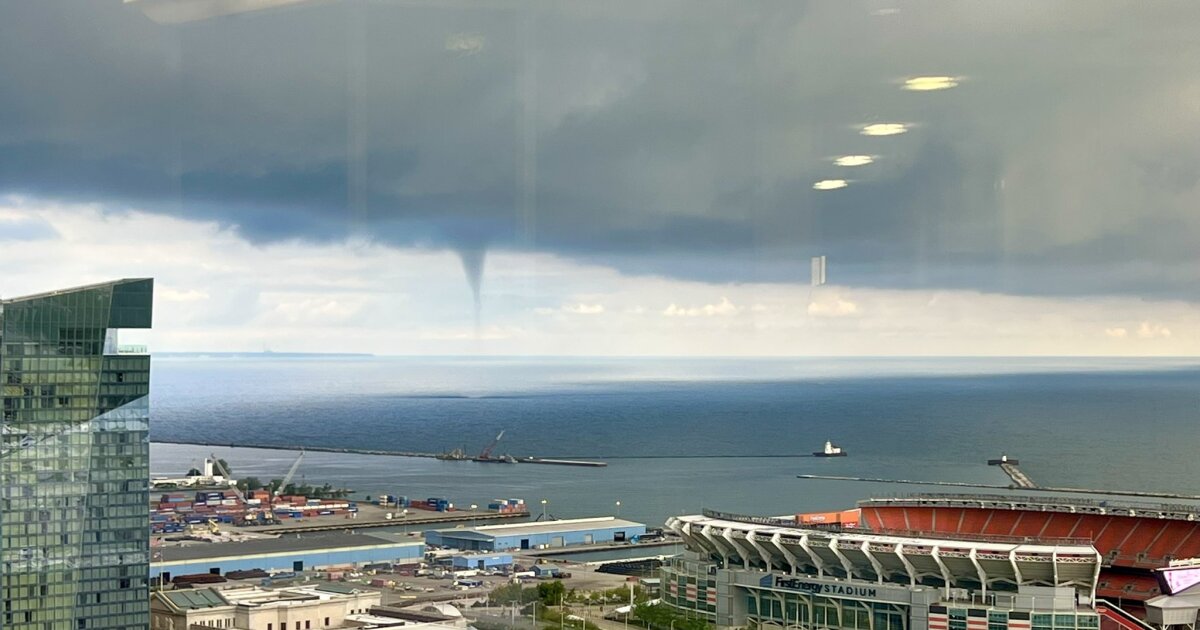 There was a waterspout on the Lake Erie shoreline Tuesday morning, according to Power of 5 Meteorologist Trent Magill and a News 5 viewer who captured photos.

The aliens are mad about Deshaun Watson?

Click on the photos, not the video. Some kind of reflections?

In the video, you can also see very faint stripes that are obviously reflections of the ceiling or walls. As are the “UFOs”

I think I can even make out doors down that hallway. Definitely ceiling lights reflected in the window.

Yep. That’s reflection of can lights/recessed lights in the apartment. It’s immediately obvious to me even from the thumbnail, but I’m a photographer, so I look out for this stuff all the time. (ETA: Looking closely at the photos in the link, you can even see the whole room in the clouds from the reflection – looks like there’s also a window reflected way back.)

If they had cleaned those up from the shot, by definition the video would have been tampered with.

In the Midwest even flying saucers are square.

Playing around with the 3D view in Google Maps, it looks like the picture was taken from a relatively high floor of One Cleveland Center, which has lots of wide windows whose frames wouldn’t show up in a picture taken from inside. Most likely some accountant happened to be looking out the window at the right time and snapped the pic without thinking about the reflections.

I’ve seen a few similar ones. 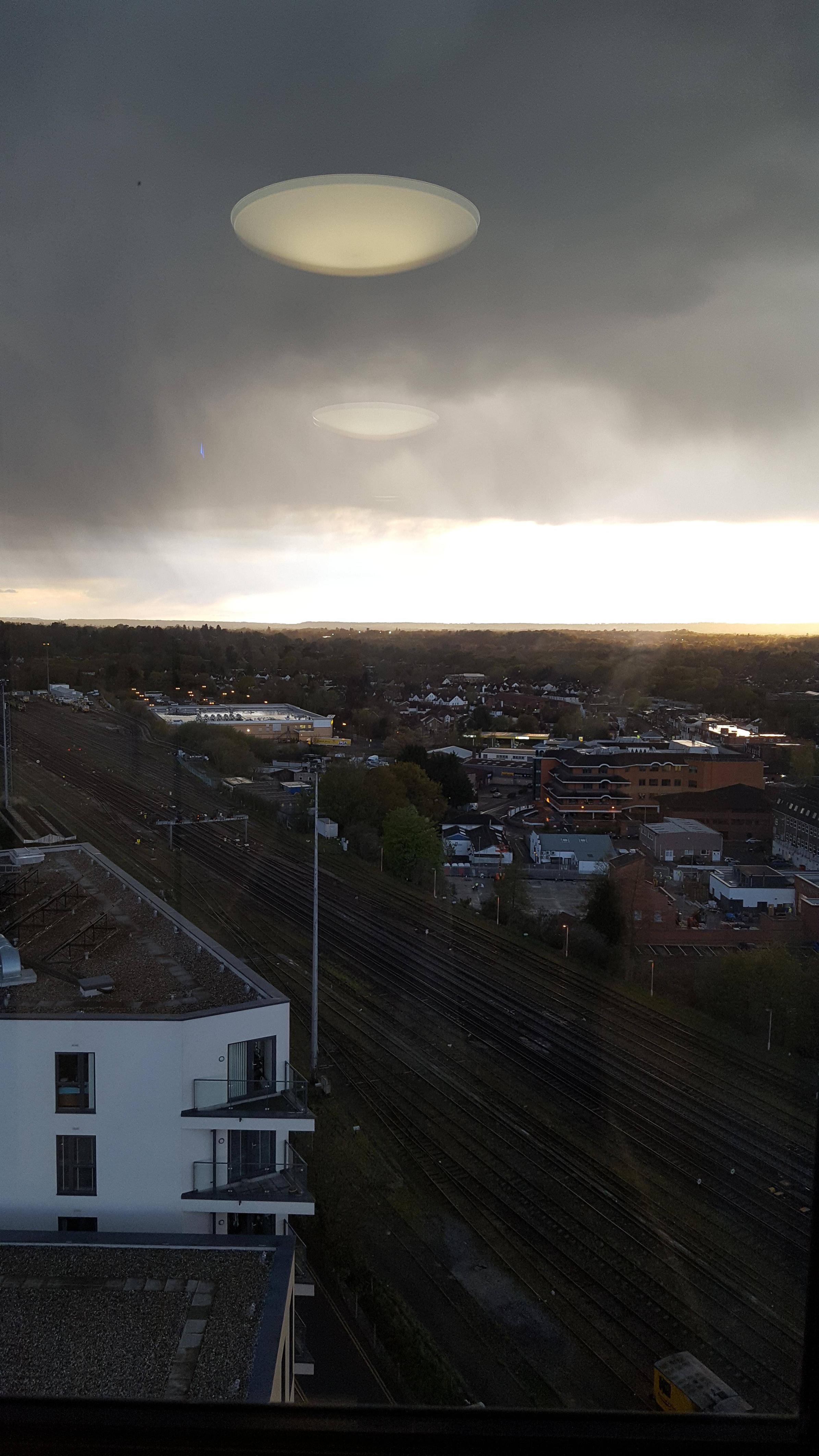 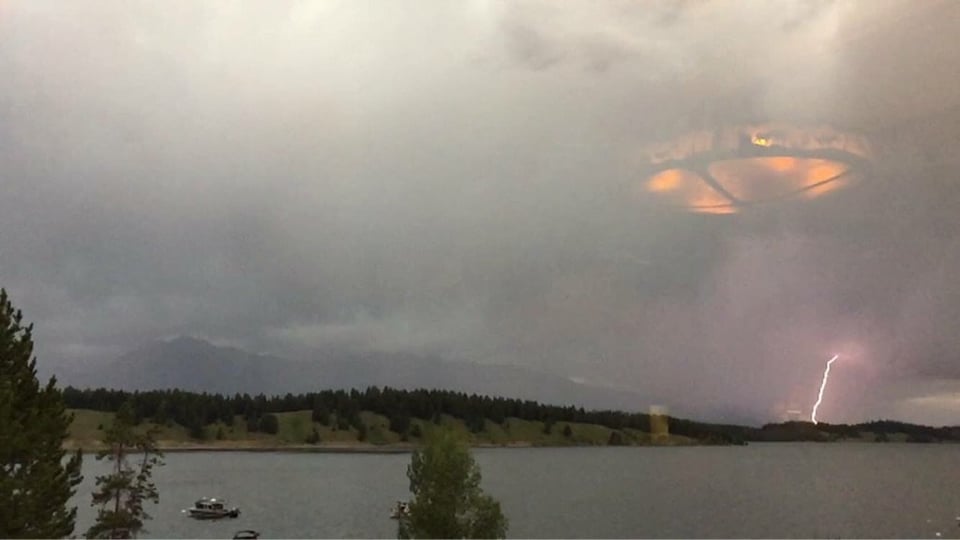 Either those are actual aliens in their ship or you have an ant problem.

I, for one, welcome our new insect overlords

You say that, but have you ever toiled in an underground sugar cave?

You say that, but have you ever toiled in an underground sugar cave? -

Did anyone else notice its not a waterspout, its a tornado that didnt touch down.

Either those are actual aliens in their ship or you have an ant problem.

Did anyone else notice its not a waterspout, its a tornado that didnt touch down.

I thought the position, over water or land, was the difference? Waterspouts are not unusual in Lake Erie. I recall a line of 5 of them traveling east. The highway patrol was following them along to warn people if they turned towards land.

I was once in downtown Cleveland and turned south on E 9th St, a main thoroughfare that has a clear view of the lake at the end. A giant waterspout/tornado filled my rear view mirror! Talk about panic.