"Upgrade to Windows 11 is ready for your PC"

Microsoft is offering to upgrade PCs that can run Win11.
We have several Dell Optiplex 3070s on the network, some have the upgrade offer and some do not. What method does Microsoft use to offer the upgrade?

It’s a staggered rollout. Their criteria is based on “device age, hardware eligibility, metrics, reliability, and other considerations. New personal computers will be the first to receive an upgrade” 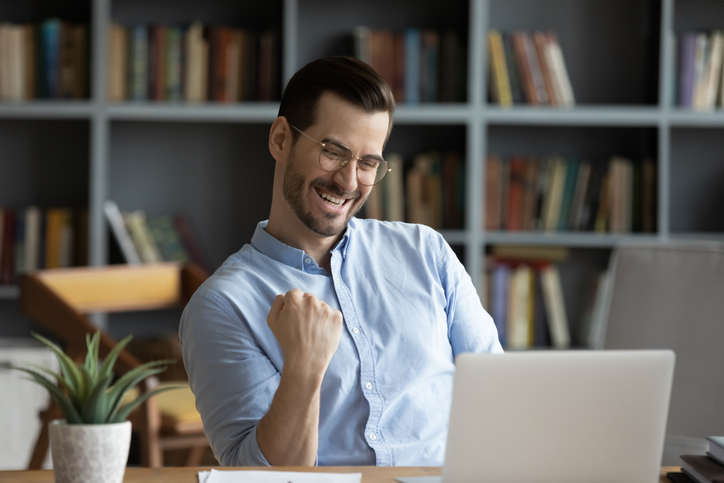 As the official release date for the free upgrade to Windows 11 nears, it is time to prepare for the new Windows experience. You can upgrade to the new operating system, depending on the eligibility of your Windows 7 or 10 PC.

My work laptop is ready to install Windows 11 and I’m terrified I’ll accidentally click somewhere and kick off the update. Our IT Manager would be pretty upset.

My wife accidentally updated a Win 7 laptop to 8 a few years ago.

I do wonder why we have 50 of the same model of the same age, and only some have the offer. I want to upgrade one no one is using now before I upgrade mine.

I was scared to do so, but I finally succumbed and updated, and Windows 11 is pretty neat. It’s certainly less problematic and stuffy than Windows 10.

I’ve come to like Windows 10, and I wouldn’t describe it as “stuffy”.

I’d consider Win11 on a personally owned PC. It’s the work issued one that has me a little nervous and I doubt one wrong click.in the system tray will do it. Fortunately, I don’t use the laptop all that often.

Do you have an administrative account? I doubt the upgrade would install with a regular user account. Check with your IT guy.

Yeah, I was going to say, the IT guys at my place are so strict, I can’t even control the mouse settings on my computer. Jeesh!

I wish I could do that. I hate those damn track balls.

Yes, I’m an admin on this machine (and my desktop). Few users have it but, as The Engineer at my employer, I was granted special admin privileges so I can install new utilities and whatnot. That’s why I’m nervous, if I goof up, I might lose it.

I received the “upgrade to Windows 11 is ready for your PC” message but there was an option to say that I just wanted to stick with Windows 10 for now. And there’s been no further prompts to install it.

I wouldn’t load Windows 11 on business machines yet. Heck, I see no pressing reason to install it on home machines.

However, if you are going to upgrade, it shouldn’t be something where you need to be worried you’ll screw it all up. Make a backup! Specifically, clone the drive before you upgrade. If it fails, you can copy the drive back and be back where you started.

You have admin rights. Get a USB thumb stick to boot Linux or something, and a drive large enough to copy things off.

I have never once updated to a new Windows version without a backup. It’s how I was able to go back to Windows 7 from both Windows 8 and earlier versions of Windows 10. Heck, I found that my drive was less than half used up, so I cloned the partition directly on the same drive. Later, when I moved to an SD boot drive, I always had a backup on my main hard drive, ready to go. (And, of course, I have all my non-OS/Program files backed up to the cloud using Backblaze).

There’s no need for any computer operation to be risky. You should always be at least able to go back to where you were.

Weirdly, when Windows 11 first came out, I saw it as a choice in the Updates dialog. Now that a few months have passed, I figured it might be time to try it out on one of my machines - but the update dialog now says:

Great news—your PC meets the minimum system requirements for Windows 11. Specific timing for when it will be offered can vary as we get it ready for you.

While many of the Dell 3070s offer the upgrade, one of them was just reported to not be suitable. It is the same as the others, with 16G RAM.

I declined the upgrade again (3rd time) when I booted up this evening. In the last upgrade from W8 to W10 I lost access to two Brother printers and had to buy a new one. Is anything like that likely going to W11, or losing files or photos?

I got a new computer a few months ago and a couple weeks in I got the upgrade alert. I figured since I hadn’t loaded all my old stuff onto it I didn’t have much to lose.

I mostly like it. There are a few minor things that I find inconvenient, like you can’t do peek at desktop by hovering your mouse over the bottom righthand corner. It’ll show desktop, but not peek. Windows key + comma peeks but I like the hover to check out my wallpaper rotation.

The widgets button preview sometimes gets launched if my mouse hovers over it and then it won’t close for quite some time.

I don’t notice the performance is better. I find it actually goes slower on some things. I don’t regret upgrading but if I had to go back to my old computer, I wouldn’t miss it.

I don’t notice the performance is better. I find it actually goes slower on some things. I don’t regret upgrading but if I had to go back to my old computer, I wouldn’t miss it.

In my experience, new Windows versions run slower unless there is more RAM.

Maybe a dumb question, but is there any advantage to upgrading to 11 from 10 for the home user?

Maybe a dumb question, but is there any advantage to upgrading to 11 from 10 for the home user?

There are supposedly some improvements in the touch experience. You can run Android apps. You get updated emoji. Eventually we’re supposed to get some feature for gaming.

So, for the majority of home users, I would say “not really.” And there’s even less a reason for businesses. It’s more an OS that’s fine if you get it on a new computer, but no need to update. Windows 10 doesn’t reach end-of-life until 2025.