I was thinking about the super-duper volcano under Yellowstone National Park. I presume we would know if it were about to blow, as it would be doing unusual stuff in the period leading up to an explosion.

Right?
Would a major earthquake in California influence a volcano so far away? Or, would a volcanic event at Yellowstone cause a California earthquake?

The massive 1960 Chilean quake, the largest measured, apparently set off a small eruption on a volcano 170 miles* away.

California quakes don’t propagate very far due to the “broken” nature of the geography. Lots of fault lines all over damp things down. Vs. the long distance effects of New Madrid quakes where the waves easily spread out.

There have been some eruptions of Mt. Fuji that are thought to be linked to earthquakes. But again the distances aren’t that great.

Maybe not, but keep your eyes and ears open - you never know 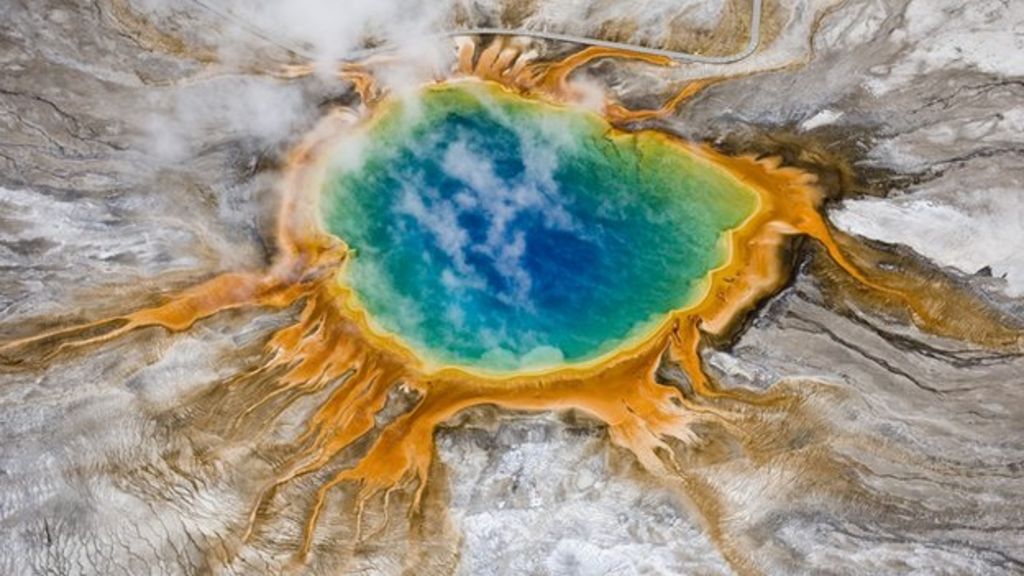 Scientists have made a breakthrough in their efforts to understand what causes so-called supervolcanoes to erupt.

I’m sure that I’ve read that earthquakes are not causal factors for eruptions. There may be swarms of tremors around an active volcano, but they may be caused by the volcanic activity itself. That said, earthquake activity worldwide is generally co-located with volcanic activity, as the majority of both occur where the tectonic plates come together. An earthquake that has its epicenter at the site of a volcano could likely trigger an eruption.

Why worry about California earthquakes when Yellowstone earthquakes are so much more likely? I used to live near Yellowstone, and there were minor earthquakes there constantly, though you couldn’t feel them. In fact, the Yellowstone caldera is one of the most active seismic areas in the US. My school building had to be modified because it wasn’t earthquake-proof, though there hadn’t been a major earthquake there in living memory.

IIRC from many trips to the Park, there’s some sort of relationship between earthquakes and the caldera (and therefore the geysers). I think the earthquakes help keep the channels (if that’s the right word) open, and shifts in the magma generate earthquakes. As you can see, I’m definitely not an expert in this, but it seems to me it’d be more likely for an eruption to cause earthquakes than vice-versa.

I was thinking about the super-duper volcano under Yellowstone National Park. I presume we would know if it were about to blow, as it would be doing unusual stuff in the period leading up to an explosion.

Yellowstone does unusual stuff all the time. Tremors, escaping gasses (most of which are toxic), all sorts of things. It’s a unique environment.

Since we’ve never seen a super-volcano blow in a major way (technically, Yellowstone is always “erupting” on a very low level, hence the geothermal activity, tremors, escaping gasses, geysers, hot springs, etc.) we don’t really know what proceeds such an eruption. We may not recognize pre-eruption activity.

If Yellowstone were to explode, I could expect earthquakes as far as the New Madrid fault line (wherever that goes)? But as I understand it, a worst-case Yellowstone event would be so bad that nobody much would care about any associated earthquakes.

I use an updated version of the weather forecasting stone that was specially designed for FEMA.