Was the Agricultural Revolution a mistake?

Been reading Sapiens and the author argues that the Agricultural Revolution, one of the most significant events of our species, was bad for individual people and more bad than good for humans despite allowing bigger populations.

He argues that for the average person, farming required more work and was more dependent on weather and insects than hunting. That having fixed settlements made them vulnerable to stronger groups. That farming left less free time and led to more dependence on fewer plants. That plants lack nutrients compared to meat. That higher populations meant you knew fewer people as a percentage and more competition. That it led to pampered elites.

Of course, this is a simplification which leaves out the benefits of stability, industry, other causes of malnutrition, lick of being in a place with good hunting, the benefits of mixed hunting and agriculture, domesticating animals and other things. But it is an interesting debate. Is Harari right? Did the Agricultural Revolution cause more problems than profits?

Most houses (including condos) just plain suck
The Dawn of Everything
Omnibus Stupid MFers in the news thread
Does POTUS Biden believe that he's the smartest in the room?
Senegoid November 21, 2021, 11:00pm #2

Well, here in the late 20th century and early 21st century, it’s become apparent that we are well on the way to trashing this planet beyond continued human habitability. One can clearly draw a line connecting the dots from the Ag Revolution to this. So, yes, it seems to have been a mistake.

Not that that would have been immediately obvious at the time.

(Especially if we define “agricultural revolution” to be the time when our primitive stone-age ancestors discovered that they could domesticate some plants.)

In a good year, agriculture is more work than hunting-gathering.

In a bad year, it’s also more work than hunting-gathering, because dead people do no work.

So, to be clear, you are asking about the invention of agriculture at all. Not about the more recent “green revolution”, or whatever the massive increase in the productivity of agriculture in the last 100 year is called.

It seems to me that all the problems listed in the OP would have been fairly apparent to those original agriculturalists pretty quickly.

Since it was cut short, it’s difficult to tell for sure what sort of useful advances would have come from the hunter-gatherer life. Better hunting weapons, perhaps. Writing, science, mathematics, abstract thinking, not so much. Those kinds of things, in my opinion, are what make us human.

Everything, and I mean everything, is a mixed blessing. The question seems to be whether the preservation of the planet is more important than the advancement of human achievement. Isn’t the main argument about the preservation of a liveable earth is because humanity needs those conditions to survive (at least so far)? If humans disappeared tomorrow most of the world would benefit and it could once again become a garden of eden. If that’s your goal, then let the mass executions commence! It will be messy, but the earth will clean it up eventually and it will be all to the good.

Life as hunter-gatherers has generally been nasty, brutish and short, only a pretty short step above animals. I can’t see that as the place where humanity should have stopped growing. And of course it never would have stopped there, it’s nearly impossible to do gathering without noticing where and why some plants grow better and maybe you can introduce those conditions in a controlled way, and there you are, farming! You can’t have a hunting lifestyle without noticing that some animals can be taught to work with you, and others are content to forage in a given area, and there you are, animal husbandry! Humans are just too damned clever to vegetate.

Here is, I think, a relevant clip from Inherit the Wind, starting at 1:30 and ending at about 3:15 on the clip. The prices we pay for some technological advances. 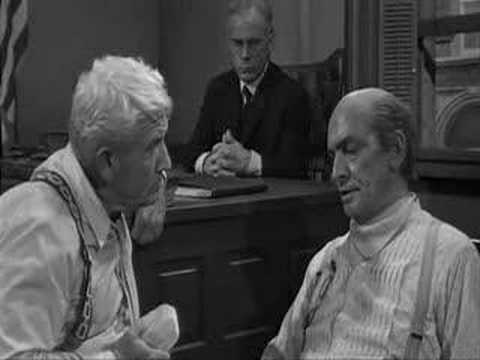 In most parts of the world, hunter-gatherer groups ate quite a lot of plants. So the quoted bit about “plants lack nutrients compared to meat” seems to indicate a misunderstanding as part of the base of the argument.

That said, hunter-gatherer groups, especially ones who hadn’t been driven out to the least supportive areas to live in, did seem to generally eat better than early – and many recent – agricultural peoples.

I suspect we took up agriculture not in order to eat better, but in order to let us stay in one place: which meant that we didn’t have to, every once in a while, leave Grandma or Granddad or Friend With the Mangled Leg behind to die because they couldn’t keep up. I have no idea whether this is a commonly accepted theory.

it’s become apparent that we are well on the way to trashing this planet beyond continued human habitability. One can clearly draw a line connecting the dots from the Ag Revolution to this. So, yes, it seems to have been a mistake.

Not that that would have been immediately obvious at the time.

(Especially if we define “agricultural revolution” to be the time when our primitive stone-age ancestors discovered that they could domesticate some plants.)

There are people who think that agriculture took a wrong turn right at its inception, in becoming primarily dependent on annual crops; which, by requiring annual tillage and re-planting, both require a lot of work and cause a lot of damage; and which encourage growing in monocultures, which also do ecological damage and which tend to lead to limited diets.

Some of them are trying to do something about it, by developing perennial grains. They’ve been having some partial success, in what seems to me an astonishingly short length of time. Learn about The Land Institute’s innovative scientific research programs to develop perennial grain crops as components of a new paradigm for agriculture.

It’s perhaps worth wondering why agriculture took off when it did, rather than any time in the preceding 30,000 or more years that culturally modern humans had existed. One hypothesis is that around 10,000 BCE or so, life got extremely crappy: climate change, asteroid/comet impacts, the extinction of much megafauna, etc. With hunter/gathering a less bountiful prospect than before, the quest to secure more dependable food supplies was stimulated.

There are people who think that agriculture took a wrong turn right at its inception, . . .

It’s just that, the invention of agriculture led to the ability for human populatio to flourish and increase, ultimately far beyond the planet’s natural carrying capacity, thus leading (however directly or indirectly) to all our environmental problems and limits today. And this was a continuous process from that day to this.

And that is what nobody foresaw 10 million years ago (or whenever it was) (ETA: About 10K years ago according to Lumpy) that it first began.

The planet’s “natural carrying capacity of humans”, if that term has any meaning at all, is the population level that we reached through hunting and gathering.

If it’s “maximum ever possible” carrying capacity, then by definition, we’ll never exceed that.

There are a lot of misconceptions about hunter/gather societies. For one thing, most of them manipulated their environments in various ways even if they didn’t actually plow up land and plant seeds. Burning was one pretty common one. Girdling trees to create open areas in forests. Temporarily damming or diverting streams.

For another, they were extremely various, as much as the ecosystems they lived in. Hard to generalize.

For example in California, the variety and plenitude of foods was such that famine was (probably) unknown, and people spent a shocking amount of time sitting around gambling.

To address the OP, yes, it was, but it was also inevitable, in the sense that human beings have always been riding an accelerating juggernaut of destruction that only now is becoming visible to the majority of people. Agriculture was just one step, albeit a momentous one.

If it’s “maximum ever possible” carrying capacity, then by definition, we’ll never exceed that.

Okay then, let’s nitpick this until we get it right. “maximum ever possible sustainable carrying capacity which, if exceeded, would damage the environment beyond its ability to maintain then-current human populations levels whereupon the human population would crash and we’d all revert to a 16-the century (or earlier) lifestyle assuming the species isn’t extinct”.

. . . A population level which we appear to be approaching even our own 21st century lifetimes.

I haven’t read the book, but I will comment that every bit of his life, his research, and his dissemination of his conclusions are made possible solely because of the change in humanity since the beginning of written communications, as is the technology that made it possible to comment on the book via an online computer message board.

The world may not be good or bad, but its less than futile to complain that the modern world is indeed modern.

I hope Harari addresses this somewhere, but I haven’t seen it.

Oh my God!!! That was the premise of “The Ultimatum to Mankind” by Zeev Rickman, by far the worst book I ever read.

The ultimatum to mankind: An unprecedented social revolution or extinction:...

I read Sapiens, I don’t think he is arguing that the Agricultural Revolution was a “mistake” so much as pointing out that for individual humans living through it it wasn’t a step up in quality of life; which means that to understand why they made that transition (and in many places across the world) we need to look deeper than “Agriculture > Hunter Gathering”

David Graeber’s last book, co-authored, is The Dawn of Everything: A New History of Humanity, takes up some of the questions. See also James C. Scott, Against the Grain.

The Dawn of Everything, if I correctly recall a magazine interview (want to read it eventually), states changes happened separately in different places over many years. That early cities and societies were often peaceful and egalitarian. That our conceptions of the past are modern interpretations serving agenda but are often wrong.

Certainly, history proves are ancestors were often much more sophisticated than generally credited, and much more complex and diverse. Nevertheless, evidence is limited. We have a remarkably small percentage of written plays and poems from only two millennia ago - most did not survive. Going back further and to oral traditions is even less revealing; doubtless or myths and stories contain antediluvian nuggets older than dirt.