What is the definition of visiting a state?

“Visiting” a state, you’d have to have gotten out of the car/terminal and done something.

I am generally pretty strict as to what I count as visiting a state. If I drive through a state and only stop to use the facilities at a rest area, or eat at a fast food place, or gas up, I don’t really consider myself to have visited that state. When I moved from the east coast to California I drove across the country on I-40. I drove across the Texas panhandle and even spent the night in a motel outside of Amarillo. But all I really saw of Texas was the interstate and the inside of a motel room, so I don’t really consider myself to have visited Texas.

If so, is there a minimum distance?

That’s the big question, when it comes right down to it.

Yeah, with the addition of doing at least one “thing” unique to that state, even if it’s a very small thing. I wouldn’t count stopping at an interstate rest station while driving through Iowa, or even eating at a chain restaurant.

I would count chains if they’re regional and not in your home state. So if you’re from Wisconsin and visit an In n Out or a Californian stopping at a Culver’s that would count.

My wife and I once had a 6.5 hour layover in Brussels and we left the airport, took a train into the city center, got ourselves a coffee and some kind of chocolate filled pastry and wandered around for 2 hours. We observed the statue of the peeing boy, which was a lot less impressive than I expected. Counts as a visit in my book, although somewhat jokily. Anything shorter I’d say not likely. I wouldn’t count driving through without stopping.

But to me, driving through Iowa or whatever on the interstate should count as a visit, because you got to see the state.

Agree. Obviously you can fly over a state but if you’re 30,000 feet up, you didn’t see anything. Riding across it at 65 mph you’re actually experiencing what it looks like, maybe noticing how people dress or talking to the cashier at the gas station and hearing the accent.

I went to Four Corners and stood over the actual seal. Did I just visit all four states?

We’ve been there as well. As you probably know, it’s in the wrong place. But it’s symbolic. Hope you got some of the fry bread while you were there…missing that would be the real tragedy.

For me, I will claim I have visited a state if I’ve done anything other than just hung out at the airport.

I am generally pretty strict as to what I count as visiting a state. If I drive through a state and only stop to use the facilities at a rest area, or eat at a fast food place, or gas up, I don’t really consider myself to have visited that state.

I might feel that way if I drove through at night, couldn’t see the land.

I drove across the Texas panhandle and even spent the night in a motel outside of Amarillo. But all I really saw of Texas was the interstate and the inside of a motel room, so I don’t really consider myself to have visited Texas.

Driving through nothingness also counts, IMO. There’s not much out there, is there?! Amarillo has some cool stuff; it’s too bad you didn’t get a chance to take a little of it in. And you were in the neighborhood of Palo Duro and Caprock.

There are lots of stats out there about it. Like if you drive from El Paso to Corpus Christi, it’s almost 700 miles of interstate, and you haven’t left the state. You’ve got desert in the west, the hill country, the pine forest in the East, the coastline… More facts.

My point is that you aren’t going to see a fraction of Texas in a short amount of time like you might see a significant portion of Rhode Island. But you might see a very different fraction than another person in a different part of the state.

The thing is, states are artificial. The Four Corners area, for instance: the states all look the same in that locale. Natural features, like Everglades or a mountain range or forests…that’s what I’d like to see. People have decided that these things are located inside a particular state, so that’s a different thing. But if we’re counting crossing a border and experiencing the area a little bit, I’m ok with a low standard.

We’ve been there as well. As you probably know, it’s in the wrong place.

Nope
From your article

This article has been corrected in this online archive. Originally, due to a mistake by the Associated Press, the marker’s location was incorrectly reported as being 2.5 miles off the correct spot. According to Dave Doyle of the National Geodetic Survey, the monument marking the intersection of Arizona, Colorado, New Mexico and Utah is about 1,807 feet east of where it should have been placed in 1875. Doyle says the monument’s location has been legally adopted by all the states as the official corner.

Legally, the border is as surveyed, even if the survey is incorrect. So Four Corners is the legal quadripoint of all 4 states.

For me to have checked a state off my list means that I must have set foot on state land outside of any transportation terminal/hub/station. So changing planes at O’Hare doesn’t count, but walking a small circle is select places could bag you 3 or more states.

If authorities of that state can arrest me where I’m at (without special paperwork for being out of their jurisdiction), I am in that state.

Legally, the border is as surveyed, even if the survey is incorrect. So Four Corners is the legal quadripoint of all 4 states.

I said it was in the wrong place. AIUI they intended to put it in a particular location and their surveying wasn’t precise enough, so they got it wrong. If they knew then what we know now, they wouldn’t have put it there.

But yes, they later agreed to accept it as is. There doesn’t seem to be much of value out there so in a way it may not matter. If something valuable were ever discovered there, I wonder if there would be a legal battle.

Great series if you can find it, “How the States Got their Shapes,” talks about another anomaly of borders. 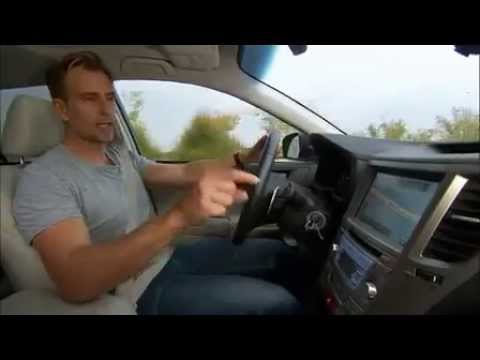 I think you have to “do” something there to have “visited” a state, for whatever you count as "do"ing. Other statuses such as having “been to” a state or “been in” a state might have different criteria. But knowing people have different definitions, if someone asked if I had “visited” a state that I had just driven through or spent the night in I would reply with that caveat. I wouldn’t just say “no, I haven’t visited that state.”

And there are quite a few states that I have technically “been to” but not “done” anything in. Actually more states than I’ve never been to! In the case of Arkansas and Iowa, I’ve even driven though them without ever getting out of my car.

Boots on non-airport ground is my definition.

Exactly the same. I drove into Poland from easternmost Germany to buy cheap gas and alcohol, and I’m counting it.

A little less dramatic than that, but this is what I did with Iowa, although I didn’t spend any money there.

I did physically get out of the car and purposely set sandal to soil.

My Mississippi visit was while driving from Atlanta to Nashville. We diverted to the border, I stepped out and walked around the car, then got back in and continued our drive. It’s my shortest state visit.

I’m on the fence as to whether to count states that you go out of your way to get to but didn’t do anything there other than stand or walk a little. The only state that is like that for me is New Hampshire, which I’ve walked a couple hundred feet into after walking across the Connecticut River from Brattleboro just to say I’ve been to New Hampshire.

I’m on the fence as to whether to count states that you go out of your way to get to but didn’t do anything there other than stand or walk a little.

I wonder if definitions vary by location of poster. If you’re from New England, lots of states and attractions are packed in closely. Go toward Four Corners and there are vast expanses of low population, often with fewer sightseeing opportunities. Is claiming that you visited a state a function of how hard you had to work to get there and/or the payoff once you arrived?

My family’s standard is, you have to buy something there, and you have to use the bathroom. I think there might also be an airport exception, but I’ve never needed to invoke that one.

By this standard, I’ve been to 40 states and 4 countries.

Driving through and only stopping for gas/McDonald’s doesn’t count.

Seeing as how we pick on Iowa a lot in this thread:

I posit that if your gas was Iowa 80 truck stop, and you went inside, that counts as a visit. Same with the Will Rogers Archway on I44 OK. They’re both interesting enough to be a “visit”.

Are there fake dinosaurs at any of these places?

I might amend my definition a bit. If you took a photo.

A little less dramatic than that, but this is what I did with Iowa, although I didn’t spend any money there.

I did physically get out of the car and purposely set sandal to soil.

I was thinking about this a little more. Before we drove to Poland, we had the remarkably charming circumstance of visiting friends who lived one block away in east Germany from the Polish border. You could walk down their street, past the little fences and the goats, reach a short, quaint bridge, walk across to the abandoned guard booth on the other side, and then walk back. I would find it hard not to count that as having visited Poland.

ETA: found a picture on flickr. There was no barricade or forbidding vehicle when we visited in 2012… 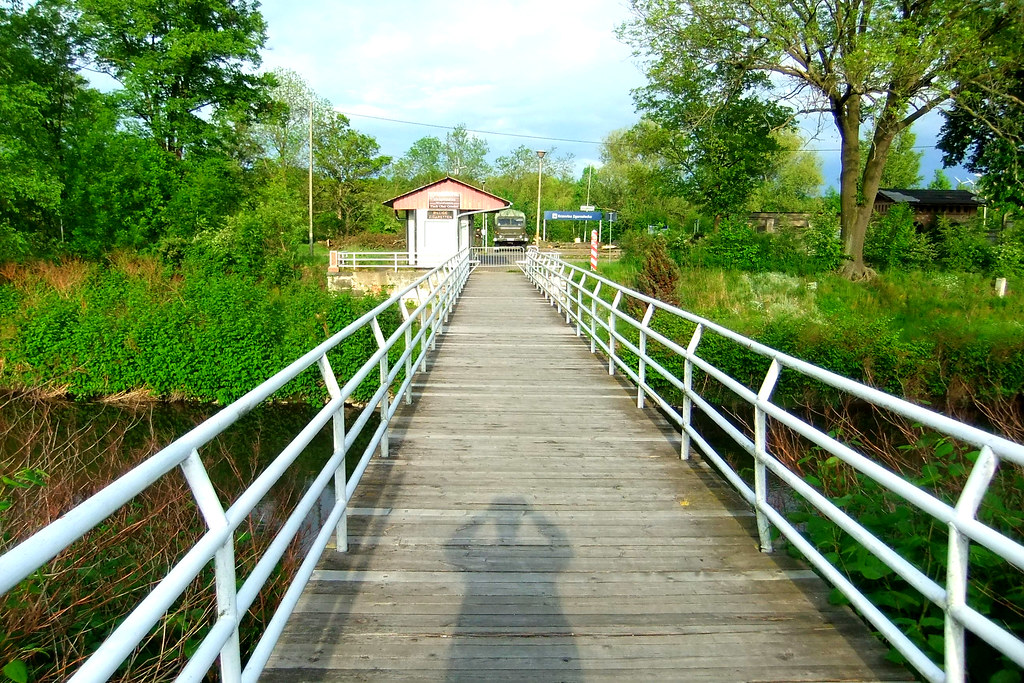 Prior discussion, from September 2009:

"Visiting" a state In My Humble Opinion (IMHO)

I know it is rather a cliche, but one of my life goals is to visit each state in the USA. Then comes the issue, what does visit mean? I had a 3 hour layover in Houston once. I don’t think I’d count that as a “visit” to Texas. On the other hand, on my way to Memphis from Chicago, I drove a 1 hour stretch on I-55 through Arkansas. Never stopped. Can I mark Arkansas off my list? I’ve been to Vegas for a weekend. Does that count for all of Nevada? What is the consensual humble opinion on what vi…

For me:
Arkansas: I was in Memphis, drove across the bridge into Arkansas got of the first exit and turned around and came back. I count that as being in Arkansas, but not visiting.
Texas: I flew into the airport, took a cab to a hotel, then to office building and back and forth for a couple of days. So, I visited a hotel, office building and a restaurant in Texas. But I didn’t visit Texas.
Mass: Similar to Texas but I did walk around the streets near the hotel. That counts as visiting the state for me.,