What is wrong with american police?

Videos show the fatal police shooting of Michigan man after a struggle during...

Police in Grand Rapids, Michigan, on Wednesday released several videos of an officer's encounter with Patrick Lyoya earlier this month, including two that show the fatal shot during a struggle after a traffic stop.

In this case a normal person would let the guy run a bit, and send police after him and investigate. Why do us police insist on killing black people?

Im my country it would be an upset if police killed anyone. It seems our police are more competent than american persons. How much Training do the police have in US?

This would never ever happen here…

Finally, America has used its police to reinforce race and class structure. Our police are a border patrol that sees certain segments not as citizens to protect and serve, but as threats to protect white people from.

This is a bigger problem than lack-of-training, IMO.

Many LEOs think they’re in the military, and thus have an “us-against-them” mindset. They’ve also watched countless movies of cops abusing thugs, which certainly doesn’t help.

More or better training will not fix the problem.

It’s a vast complex problem that requires a complete restructuring of our culture. Better training is part of it, but it also requires better people becoming police officers. Now, it’s an industry that attracts low skill workers who want to beat up black people. We need police who see themselves more as social workers than Rambos.

I think that American police are trained very well to accomplish the goals that the police have established for themselves. These goals include, protecting himself/herself at the risk of others; protecting other officers at the risk of others; focusing on highly visible crime to the detriment of vulnerable communities; making sure that they have little oversight or consequences for their actions; and revenue generation. US police are very good at these goals. Things like protecting the community and protecting civil rights aren’t part of the goals police have made for themselves and the result is very clear.

Better training is meaningless until we change what is being trained.

Better training is meaningless until we change what is being trained.

I’m not up for a manifesto this morning, but this is pretty much where I come down.

In objective metrics, the US ranks low in the vast majority of statistics that probably matter to most of us. Our wealthy are basically the wealthiest, and have access to the best of the best in many arenas.

So that’s what we market to the rest of the world.

But the middle class, to some degree, and the poor, to a shocking degree, are sponges to be kept in the sink and squeezed for all their worth. They simply feed the machine that redistributes wealth upward.

So this stuff isn’t a bug; it’s either a feature, or – at best – a foreseeable consequence of our national values.

Yeah, I don’t have the energy for a manifesto either, but our policing is a symptom of a very deep rot.

But the middle class, to some degree, and the poor, to a shocking degree, are sponges to be kept in the sink and squeezed for all their worth. They simply feed the machine that redistributes wealth upward.
So this stuff isn’t a bug; it’s either a feature, or – at best – a foreseeable consequence of our national values.

This is all true, but there are immediate things that could be done to change policing without a wholesale restructuring of America (as much as I would like to see it happen). For example: under no circumstance should police departments be in charge of their own discipline. The idea that a Captain can objectively investigate a use of force complaint against his own officers is ludicrous.

The cultural sentiment that policing is uniquely and universally dangerous also needs to be rooted out, so that officers aren’t being taught that every interaction with a citizen is likely to end up in a shootout. In a country with nearly 1 million law enforcement officers, and on average 50 to 60 officers killed per year (including in traffic accidents), treating every interaction as a life or death situation is not justifiable.

To the OP: this is awfully reductive on my part but if you live outside of the US it may contribute something to the answer to your question: 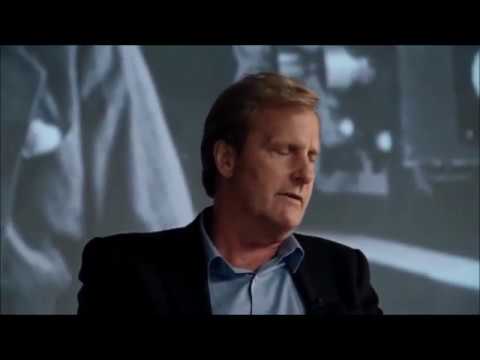 It’s a vast complex problem that requires a complete restructuring of our culture.

A “restructuring” of our culture is unrealistic.

The only practical solution is to make the LEOs accountable for their actions, and to impose serious penalties for LEOs who perform illegal acts or break rules. And I agree with @mjmartin that the people who oversee the investigations must be independent.

I don’t disagree with you in one sense, but in another sense, ISTM that the kind of law enforcement (or, more broadly, crime/punishment) reforms that many of us would embrace are lacking the requisite political will.

Which leads us back to ‘national values.’

The concept of ‘reimagining policing’ (better funding for upstream/‘root cause’ problems, the diminution of perverse incentives, the broader analytical look at why we have so much crime) is a huge win-win … except for a very small group of very well-heeled interests with powerful lobbies.

It’s not a deep dark secret that most other advanced economies do many things much better than we do.

It just results in people of conscience banging their collective heads against a wall seeking change.

Oh absolutely. We won’t fix the problem, nor any of the others that are destroying our country. America doesn’t do big complex problems any more.

Questions like this are exactly why Critical Race Theory is an effective lens through which to view modern issues.

American police are the product of centuries of systemic issues, and they are likewise a major reinforcing factor because their job is literally to maintain the system. It’s not even a question of “good cops” and “bad cops.” There are lots and lots of good cops, but even good cops are operating within a broken framework.

The poorly named “defund the police” movement was about narrowing the focus of policing and reducing the spheres of influence that police operate in.

But even though police are decentralized and largely unaccountable for their actions, they are highly organized as a political entity and more than capable of resisting external attempts to reform them.

The whole concept, too – national defense, law and order – is straight out of central casting/tailor made for demagoguery.

The fear card can be played even in a rather subtle or offhand way, and the majority of the country will either beg for things to remain the same or ask how much to write the check for … “to keep their children safe.”

How often are we told, at a national level, about the endless existential threats to Our Children – either bodily or in terms of their ‘souls ?’

These people tend to be far more evil than stupid. And it helps to steer every aspect of our society.

But even though police are decentralized and largely unaccountable for their actions, they are highly organized as a political entity and more than capable of resisting external attempts to reform them.

This cannot be overstated and it is scary. Any movement to put restrictions on police departments, hold officers accountable, or minimize the handouts to police is met with very skilled resistance from police unions. It effectively makes change impossible.

“Defund the police” was a terrible phrase, but it comes from a place of desperation that so many feel about a broken and unfixable system.

I agree and it’s why the oligarchs got conservatives all worked up to censor any discussion of CRT.

ISTM that the kind of law enforcement (or, more broadly, crime/punishment) reforms that many of us would embrace are lacking the requisite political will.

I generally agree, but I think if pursued correctly, better oversight is something that the public could be sold on. The message would be, “every single professional has independent oversight. Doctors, lawyers, accountants, etc. Why should police, who have way more power, be allowed to police themselves?” Then show videos of bad officers that have gotten away with it, with the words at the end: “we have investigated ourselves, and found we did nothing wrong.” I think even in our very pro-police country, this message could sell.

I think it’s important to remember that there’s no such thing as the American police, and I’m not saying this to be pedantic. There are more than 17,000 federal, state, and local law enforcement agencies here in the United States. In Arkansas alone, we have 237 state and local agencies serving a population of nearly three million people. These agencies serve different populations, have different budgets, training requirements are not universal, and their policies may be different. I bring this up because when you talk about fixing law enforcement even within a single state you’re talking about making changes to hundreds of different agencies. And I also think it’s not so much a police problem as it is a society problem. As a whole, we’ve been okay with how the police have been operating for the last 40 years.

Exactly if one cop commits murder and nine cover for him, you have one murderer and nine accomplices.