What’s up with the Wonder Woman TV Show?

Well, this show’s major accomplishment was making me realize I liked women at a very young age. Lynda Carter… mmmmm… She is a living goddess and will always be MY Wonder Woman.

Anyway, I did rewatch this again a few years ago, and it did hit the nostalgia spots very well. But it’s a silly, campy show that really shouldn’t be taken seriously. I really only liked the first (WW2) season.

Another thing I didn’t like about the show is I thought she was quite soft on criminals. I mean, she let people go that tried to murder her. I don’t care if you used your lasso on them or whatever, they need to be behind bars.

Basically if you could take Lynda Carter in her prime with a more serious setting (I would say the new one, but WW84 was awful in my opinion), with that gorgeous new Gal Gadot costume, that would be the PERFECT WW for me.

I can’t think of a McDonald’s hot apple pie without remembering that my brother and I used to slide the cardboard sleeves on our wrists and use them as bracers to deflect imaginary bullets. (Also useful for pretending to be Space Ghost, BTW.)

…but Wonder Woman? The show had nothing in common with the classic comics. It was silly, with needless T&A, hackneyed plots and cardboard characters.

Hmm. Could the same be said of the Bixby/Ferrigno Hulk series?

It was silly, with needless T&A, hackneyed plots and cardboard characters.

Needless? How dare you! This is the height of entertainment! 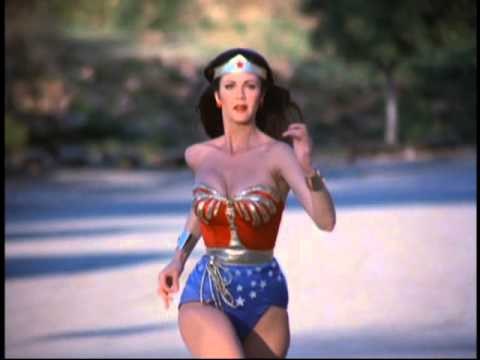 Carter had been Miss World USA in 1972

Wasn’t she also some kind of champion swimmer or something? I thought I remembered that from some distant memory. And I can’t be arsed looking it up right now.

Hmm. Could the same be said of the Bixby/Ferrigno Hulk series?

I don’t think so. It did have Ferrigno shirtless a lot, of course, but I don’t think that was supposed to be titillating. Other than that, I don’t recall any particular T&A. I also remember it being quite serious. It definitely strayed pretty far from the comics - but a lot of that was simple due to budget. In 1978, they simply didn’t have the budgets and effects technology to portray the Hulk throwing around tanks and destroying entire city blocks.

But I think it actually managed to stay pretty close to the core of the character, at least as he was depicted in comics at the time. “David” Banner was a scientist, on the run, tormented by a monster within him that he couldn’t control, and the Hulk was pure, embodied rage, although he sometimes showed a gentler, almost childlike side, and almost accidentally wound up performing heroics, while still being a danger to everyone around him.

I believe that she took part in the swimming relay in “Battle of the Network Stars” a couple times. That may be what you’re remembering. I don’t think she was ever a real competitive swimmer.

I don’t think so. It did have Ferrigno shirtless a lot, of course, but I don’t think that was supposed to be titillating.

Both Ferrigno and Carter were cast because of their comic book type body proportions.

Long before I reached puberty, Lynda Carter taught me that I am heterosexual.

One thing that intrigued me: In some episodes, they would introduce a new villain. But the dialog would imply that he and WW had a long history. The writers were attempting some depth.

Wasn’t she also some kind of champion swimmer or something? I thought I remembered that from some distant memory. And I can’t be arsed looking it up right now.

I believe that she took part in the swimming relay in “Battle of the Network Stars” a couple times. That may be what you’re remembering. I don’t think she was ever a real competitive swimmer.

Before the series, there was a Wonder Woman TV movie. Cathy Lee Crosby played the lead, and she was a professional tennis player before she turned to acting.

About all I remember about it is that Crosby was blonde and wore kind of a modified, red-and-blue track suit while superheroing. And the villain was played by Ricardo Montalban.

Also, Crosby and Montalban seemed to spend the entire movie trying to out-smug each other.

I believe that she took part in the swimming relay in “Battle of the Network Stars” a couple times. That may be what you’re remembering.

Before the series, there was a Wonder Woman TV movie. Cathy Lee Crosby played the lead, and she was a professional tennis player before she turned to acting.

So I finally did actually do a search, and the only thing I could find online was that she did participate in swim meets at her High School, but otherwise nothing special stands out. I just have a vague memory of her swimming sequences in the show being introduced at her request to show off her skills, but perhaps my young 40-years-ago brain got some quote twisted up.

I think putting her in a swimsuit was intended to show off something entirely different.

She’s in a full body suit when they were first going to have her in a bikini, so really they were intending the opposite of sexiness. Of course, skin tight body suits are their own kind of sexy.

When I recently saw a pic of her swimsuit I thought it was a burkini. 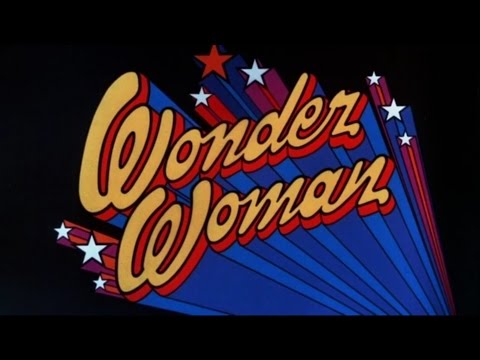 Light as air, more cheese a Costco dairy section, and ultimately meaningless, but all in good fun and ultimately harmless. If you weren’t born yet at the time this show was on, there’s something you need to understand: For a lot of us, television was what we had. I didn’t know any places that sold comic books, even if I had the money for them or could get to them, there certainly weren’t any comic cons, and the only way for me to see an original-release movie was if my parents took me to the theater, and given that I was a child, there were serious limitations to what they could and would show me. This cheesy, airy, gimmicky show (and to a somewhat lesser extent Superfriends), for a very long time, was my image of the powerful, savvy, virtuous heroine of Themy…pardon, “Paradise Island”, and that’s why I never had an issue with “nonancon” things like spinny nuclear blast transformations or inordinately noisy jumps.

The thing that stands out the most to me now is its legacy…or rather, it’s lack of one. Remember The Killing Joke, a one off Batman story Alan Moore did as a pet project and nothing else, which was never, never, ever meant to be fitted into ANY established canon? Biggest albatross in the damn history of Batman. It damn near destroyed Barbara Gordon and Batgirl forever and got ramrodded into all kinds of properties it had no business being in. (Why the freak did Selina Kyle needed to get spine-shot in Gotham?) Or the death of Superman and subsequent Reign of the Supermen storyline, which the creators openly admitted was a cynical cash grab designed to revitalize the brand and nothing else, and how it’s managed to infest his cartoon and movie incarnations? For all the noise about subsequent Wonder Woman works, none of them were about not being more like the TV series. Everyone seemed to understand that it was its own thing in its own time and future writers, artists, and actors shouldn’t have to bear the burden of being like it.

One of the weirdest things I remember were how many of the villains wanted Wonder Woman’s powerful bracelets…and would simply demand that this super-strong trained martial artists with a nigh-unbreakable rope simply give them up. “Take off those bracelets!” That was always good for a chuckle. Or what, you’ll write a nasty letter to her boss?