What’s up with the Wonder Woman TV Show?

I am not a comic book guy. Rarely read them even back in the day. Only watch the occasional superhero movie - if the reviews are very good. I did see the Gal Gadot Wonder Woman movie and liked her a lot. Did not bother with the latest one, though.

But I’d never seen the classic TV show. It came out before my time. Not sure how I’d missed it - don’t remember reruns of it. (But I do remember CHIPs). I saw a few episodes for the first time just this week and found it bizarre.

It’s so terrible that it is kind of entertaining - interesting to see the 1970s take on 1940s nostalgia. But I suspect the mix of She-can-do-it! feminism mixed with ample cheesecake and traditional subservience (WW chooses to be a secretary; all the leaders are men, etc.) probably is of limited appeal to many women. But - so many questions!

How did this show affect the careers of Carter and Waggoner. Were they well known before? Was the show well received at the time? By who? How is the show regarded now?

Waggoner wasn’t a big star, but he was reasonably well-known; he had been in the ensemble of The Carol Burnett Show for its first seven seasons, and had been a minor star in movies prior to that. He left the Burnett show in hopes of getting leading-man roles, and Wonder Woman was his biggest such role. After Wonder Woman, he mostly had guest roles, then started a business which rented out motor homes to Hollywood productions for use by stars during production, and he mostly retired from acting to focus on that business.

Carter had been Miss World USA in 1972, and Wonder Woman was her breakthrough acting role. She’s still mostly known for that role, though she has continued to work fairly steadily, mostly in TV and on stage.

The show did OK, but not great, in the ratings, and my recollection is that it was seen as a bit campy even at that time, and at least some of the appeal, for some viewers, was the attractive Carter in a little outfit (that era was the height of what was called “Jiggle TV”).

I’d never heard of Lynda Carter before the TV series, but Waggoner had been a regular on the Carol Burnett Show.

Waggoner had nearly become Batman. It came down to a screen test between him and Adam West, and West was chosen to portray the Caped Crusader.

With regards to the invisible plane:

Wonder Woman was born on a hidden island and she can’t fly like Superman. So the invisible plane is a way for her to secretly fly to and from her destination. The idea of a stealth aircraft makes some sense in real life, but…

What’s the deal with changing costumes by doing a frozen tag spin five times an episode. Do other superheroes do this?

The spin was created for the show, as they wanted a quick (and inexpensive) way to depict Diana changing out of normal garb and into her Wonder Woman outfit. Legend is that it was Carter who suggested the spin. It was the moral equivalent of Superman’s phone booth trick, or the trick in the 1960s Batman TV show, where Bruce and Dick slid down the Batpoles, and were suddenly garbed as Batman and Robin when they reached the Batcave.

By the way, the producers decided it was getting too expensive to set the TV show during WWII, so the show was set during the 1970s, contemporary with the time the show aired. Waggoner played the son of the original Steve Trevor.

What was the deal between the 1970s and WW2 shows?

It was really even more of a thing back into the 1960s, with shows like Combat!, Twelve O’Clock High, The Rat Patrol, McHale’s Navy, and Hogan’s Heroes (which ran from '65 to '71). The '70s had Baa Baa Black Sheep as well as Wonder Woman.

I suspect that a lot of it was that most adults viewers in the '60s, and into the early '70s, had been alive during WW2 (or their parents had been), and so, it was a very relevant setting for TV series; but, as the '70s went on, there were more and more adults (and kids) who had no personal memories relating to that war.

They focus for five seconds on the bill and its serial number, which begins with 1488 - something unlikely to happen by chance.

Hey, I’m on record here pointing out how “88” isn’t just a year, but in this case, this truly is a coincidence.

The “14 words” as a thing (or a secred code) didn’t even come out until the mid 80s, so no one was using 1488 to secretly show their allegiance to white supremecy in 1975, unless they were time travelers.

Just how good a disguise is a pair of glasses?

It’s not just a pair of glasses. Her hair is in a bun, too!

Also, she was shown as being quite formidable. In the pilot, she was in a vaudeville act to earn money for clothes, etc. She did the “Bullets and Bracelets” act. One person (I think a Nazi agent) used a machine gun, and Wonder Woman deflected everything, no problem. In another episode, she physically stopped a jet which was trying to take off (a different Nazi agent at the controls) by grabbing a wing and spinning it around.

Its campiness was a lot more subtle than Batman, so it’s a little harder to appreciate or recognize 40+ years later. It was actually considered quite clever in its day. The opening credits alone were probably the best of the decade.

What was the deal between the 1970s and WW2 shows?

I have a suspicion that the new movies being set in WW1 and then the 80s is a nod to this.

By the way, here is part of the screen tests for Batman with Lyle Waggoner and Peter Deyell as Bruce Wayne/Batman and Dick Grayson/Robin compared to Adam West and Burton Gervis (as Burt Ward was then known). 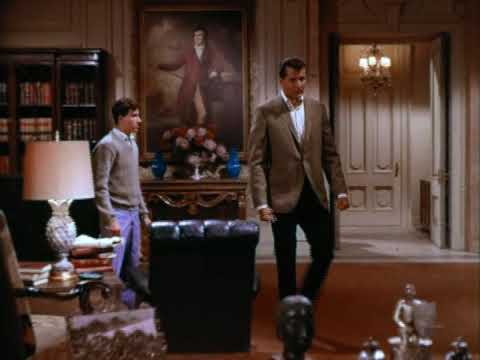 All I know is Mr. Salinqmind would turn away from Fox News and Pawn Stars and sit in front of Wonder Woman slack-jawed and silent for the whole hour, almost not blinking, watching that goddess with her strapless bodice in various stages of falling off. <3. We loved Lynda Carter. The show was so-so, and silly, but she was a knockout.

I remember watching this when it originally aired and having (as was excedingly common among my generation) a school boy crush on Carter. Having watched recently on MeTV, I’d say the show (though campy) holds up.

He also, and more importantly, changes voice and mannerisms. Not to mention his hair a little. Clark slouches a bit, too.

I remember the old WW TV shows with nostalgia as Great TV. They might not have aged that well, I don’t know.

I was a huge fan of any superhero back then. I’d grown up with George Reeves as Superman and Adam West as Batman. Had to read every DC and Marvel comic as they came out…

…but Wonder Woman? The show had nothing in common with the classic comics. It was silly, with needless T&A, hackneyed plots and cardboard characters.

Oh, I still watched a bit if I was flipping channels ('cause hey, a superhero!), but I never made it through an entire episode.

Only the first season (really half a season–only 13 episodes) was set during World War II. It was shown on ABC.

After being cancelled by ABC, the show was picked up by CBS. That’s when it became a contemporary show, set in the 1970s, with Diana Prince now working for a spy agency, and Lyle Waggoner now playing his own son, as Steve Trevor, Junior.

Overall the World War II episodes are a little better, in that they at least have some period atmosphere going for them, cheap though it may have been. Once it moved to the 70s, the show became more of a typical 70s drama, with a bunch of stock heavies driving around LA. Even though the show was supposed to be set in Washington, D.C. Seriously, they often used the Griffith Park Observatory as a location, trying to pretend it was somewhere in Arlington. It could also never really decide exactly what kind of show it wanted to be. One week Diana would be infiltrating an auction where a bunch of terrorists are bidding on a stolen nuclear warhead, the next week she would be dealing with a curmudgeonly old shoemaker who was actually a leprechaun.

I watched it, because Lynda Carter was gorgeous and I would watch anything comic book related in those days. It doesn’t hold up well today because it’s not as all-out campy as the Batman show, but also not as serious as we expect superhero shows to be nowadays.