What Scam Phone Calls Do You Get?

We’re discussing the old “we’ve been trying to reach you about your car’s extended waranty” canard over in FQ.

I’ve never once gotten that scam call. 99 percent have been of the “your Amazon purchase of $499” variety, although on at least one occasion I’ve had a hostile Indian dude on the other end of the line telling me that if I didn’t give him my SSN on the spot, the police would show up to arrest me. I asked him to tell me my address, which just got him more persistent. Fucking scammers.

In Toronto we get an unending sequence of people asking if we need the air ducts cleaned in our house. 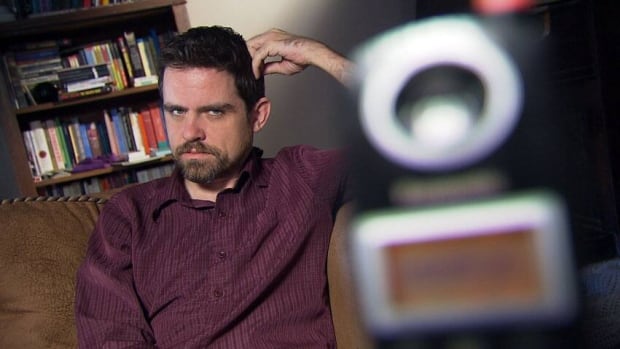 Foreign telemarketing firms are 'harassing' Canadians on the federal do-not-call list, and the CRTC is powerless to stop them, a CBC investigation has found.

I never answer, so the only ones I know anything about are the ones who leave a message (seems about half), which is almost always just an automated message.

I most frequently get a message in Mandarin (I assume) that I never listen to, and the “FINAL notice!” 3-4 times a week about the extended car warranty that I don’t have, want, or inquired about.

For a few months last year I got a ton of calls claiming to be CVS Caremark about “important benefit information” or a prescription (I don’t have any) that’s apparently ready for pickup at a pharmacy thousands of miles away from me. Thanks!

Lately there have been a vast number of people wanting to put a cash offer on my not-for-sale house. the car warranty calls are automated and don’t leave voice mails.

Apparently, DirecTV really wants me to know that I am eligible to save 50% on my current rate. All I have to do is call them.

“This is John. I am not interested in selling my house, please take me off your list.”

The above is my new greeting to unrecognized numbers. I’ve even had one woman call me out of the blue “my husband and I are moving to Texas…”.

I get 3 or 4 of the Amazon ones on my answering machine every day. And all from spoofed numbers. And a couple car warranty ones every week.

The latest batch are from “contractors in the local area.” Caller ID places the caller in various places that are most assuredly not local. That’s when I answer “Detective Silenus. What is your business calling this number?”

I occasionally get scam calls on my DoD office phone. I know immediately because they’re basically the only people who ever call my desk phone, and they always can’t hang up fast enough when I answer, “Good morning/afternoon, you have contacted a Federal office…” I never get past that part. Good thing, too, because I really don’t have anything to follow that up with. There’s nothing illegal at all about calling my desk phone.

Twice in the last two weeks I got the same recorded message. “This is from Services Canada and we want to report that your social insurance is being used for questionable purposes. Press 1 for more information.” The first time I got it, I hung up. The second time, I was curious, so I pressed 1 and someone came on and asked, “How can I help you?” I answered that “You called me.” She hung up immediately. Incidentally, unless you are getting a job, I cannot imagine any use, questionable or otherwise, for a social insurance card.

Today I’ve gotten of texts where they pretend they have a wrong number and then want to text with me anyway. As soon as I recognize the scam, I tell them I’m a minor.

I do not answer calls from unknown callers. The scammers that leave the automated message are nearly 100% the auto warranty scam. The under 1% are a lady speaking in Mandarin. Delete.

In texts, I am getting one sent to 10-12 numbers telling me my debit card has been suspended or some other nonsense, and to click on a link in the text. Uhh, no. I delete these from the preview screen - I think if you open them the sender then has validated there is a real person at your number - which may be the purpose of the sending to 10-12 numbers (they can then sell your number as validated).

Probably half of mine are car warranty ones, and the other half are some recording in which a woman’s voice; in Spanish talks to me. I don’t understand Spanish, and speak it only well enough to obtain food and beverages in Spanish speaking countries, and have never been able to discern what it is she wants from me, especially since the recording doesn’t wait for my voice mail to pick up and I always catch the message around 20 seconds in. That recording comes from a spoofed number, different every time, but always from my home state, North Carolina.

I get several calls a day from “Spam Risk”. Recently the only ones that leave a message are either “final” opportunities to extend my car warranty or the Mandarin one. My wife speaks Mandarin - it claims there is an urgent document waiting for us at the Chinese consulate and we need to call to arrange delivery.

Last year I got a rash of “your social security number is about to be deactivated” warnings. That’s not even possible, so I don’t know who falls for that one.

Strangely, I very very rarely get spam texts, like one every 6 months or so. The last one wanted to buy my house (not on the market). Before that was “What’s up? Why didn’t you text me back last night?”

I’ve had a couple recently (and enjoyed my replies

I delete any “Spam Risk” call and block the number. Since my doctor’s office uses about ten different phone numbers, I answer any call which simply features a number, only to typically get the “police officers raising money” spiel or the voice in Chinese. I’m also “Donna” to the people who text me about Amazon being unable to deliver my package.

I get a lot of “Hello, this is Lee with the American Police Officers’ Association…” (It’s always “Lee”; I wonder if they poll-tested the names to find one that had the right “good ol’ boy but not absolutely a hillbilly” vibe).

I have an app that helps me parse scammers/spammers from legit calls from unsaved numbers, and a voicemail transcription app that saves me the trouble of having to listen to them. So it’s been years since I’ve heard the voice of someone on the phone I didn’t actually want to talk to.

In skimming the text transcripts, I see I used to get a lot of car warranty calls, but those seem to have stopped. More recently I’ve gotten some Chinese/English ones about a failed package delivery, some of the fake credit card/Amazon fraud alerts, and something about a job opening for a doctor named Danielle.

I do not answer calls from unknown callers. The scammers that leave the automated message are nearly 100% the auto warranty scam. The under 1% are a lady speaking in Mandarin. Delete.

Pretty much the same for me. I don’t answer calls from numbers I don’t recognize, and when the robocaller leaves a voicemail it’s almost always the car warranty one. I used to get the woman speaking Mandarin quite often, but it’s been a long time since I’ve gotten that one.

I’ve gotten some robocalls that sound like an actual live person. I didn’t even realize it was a robocall until I got the exact same voicemail twice. And I mean exactly, down to the tone and inflection in the caller’s voice. So I wonder if the American Police Officers’ Association is just reusing the same recording of “Lee” over and over.

Special agent Steve Martin with a thick Indian accent called from the U.S. Treasury Department in New York City informing me I needed to cough up some serious money immediately, or I’d be taken directly to prison without a trial by the sheriff who was on his way to my house. I blamed it on my ex, but offered to send the money to the Treasury. But he said I needed to send the money as gift cards from Walmart to him. That’s when I began to grow a tad suspicious.