What should we call the new ninth planet?

Ninth? Did they let Pluto back in? Nope, American astronomers at Caltech have found evidence for a new ninth planet beyond the Kuiper Belt, 10 times as massive as Earth, either a super-Earth or mini-Neptune.

*"The group’s calculations suggest the object orbits 20 times farther from the Sun on average than does the eighth - and currently outermost - planet, Neptune, which moves about 4.5 billion km from our star.

But unlike the near-circular paths traced by the main planets, this novel object would be in a highly elliptical trajectory, taking between 10,000 and 20,000 years to complete one full lap around the Sun."* 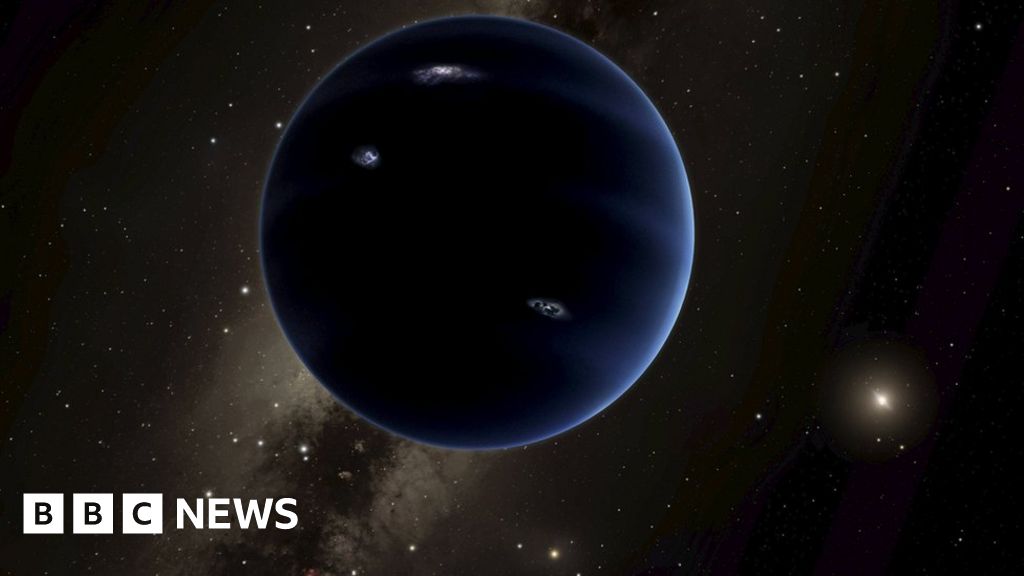 Case made for 'ninth planet'

American astronomers say they have strong evidence that there is a ninth planet in our Solar System orbiting far beyond even the dwarf world Pluto.

But what do we call it? Personally I think the sisterhood is a bit underrepresented in the planets, so I’d call it Juno. Or you could complete the Archaic Triad with Mars and Jupiter and call it Quirinus.

The Greco-Roman pantheon is way overrepresented. I say we call it Ardhanarishvara.

Planet X, the only known source of the Shaving Creme Atom.

10 times as massive as Earth, either a super-Earth

“Fellow members of the Science Council . . . KRYPTON IS DOOMED!”

But what do we call it?

Personally I think the sisterhood is a bit underrepresented in the planets, so I’d call it Juno.

That article makes me think of the Nemesis hypothesis. Nemesis is a hypothetical red dwarf or brown dwarf, originally postulated in 1984 to be orbiting the Sun at a distance of about 95,000 AU (1.5 light-years), somewhat beyond the Oort cloud, to explain a perceived cycle of mass extinctions in the geological record, which seem to occur more often at intervals of 26 million years. As of 2012[update], more than 1800 brown dwarfs have been identified. There are actually fewer brown dwarfs in our cosmic neighborhood than previously More recent theories...

Since this new planet is obviously evil, I suggest calling it something like Thanatos, Nox or Demogorgon.

Keeping with the Roman mythology theme, how about Orcus? (Oh, crap, looking it up, looks like there already is a trans-Neptunian object named that.)

I like Hades, but that kind of breaks the Roman god tradition, and the Roman equivalent, whether you go with Pluto or Orcus, well, those are taken, too. How about Avernus, the entrance to the underworld?

I was going to suggest that, in a turnabout, we could start naming planets after elements on the periodic table, since elements are being found faster than planets. But we are now up to Ununoctium, so thats obviously a non-starter. Naming elements has also exhausted the capacity of the scientific mind to produce names.

Recategorize Pluto as a planet, name the new one Planet 10, and pay for the whole thing with the profits from Buckaroo Banzai nostalgia merchandise.

Nibiru, just to mess with people.