Tornadoes seemed to be a much more rare occurrence than I expected them to be throughout my life with the way we practiced tornado drills in schools and figured out where we would hide in our basement when one came by.
If I had to estimate at 10 years old how often tornadoes came crashing through towns I would have estimated every neighborhood was destined to be hit about once a decade

I also have to second quicksand as something that, for some reason, seemed like it would play a much larger role in my life than it has.

When I was a kid adults would tell you “knock that off, you’ll break you neck!” Where are all these kids with broken necks?

Well, I don’t know any broken necks, but my grandfather had a glass eye, because when he was a kid he literally shot his eye out with a bb gun.

when I got to college, I found very few people who played bridge, and I still know very few people of my age group who even know how to play bridge, much less are regular players.

Instead, I was playing D&D in college, which is still what I play with my friends when we get together socially.

I was too young for bridge and too old for D&D in college so we did drugs – hash and pot mostly – instead.

I played in-person RPGs in my 30s but it’s mostly online, now.

Also, swimming within an hour after eating. I imagined daredevil kids cramping up and instantly drowning when venturing into the water a mere half hour after wolfing down a hot dog.

I actually do get horrible cramps if I swim within two hours or so of eating. But that’s actual swimming laps hard, not just getting into the pool. It’s made the idea of actually doing long swims impossible since I can’t eat while swimming.

Don’t struggle, especially don’t hold your hands over your head. Lay down and try to roll to firm ground. If you have any sort of walking stick, put it under you as you lay down.

DON"T PANIC. Quicksand is heavier than water and you can float on water.

(The useless stuff I remember…)

Being sent to the principal’s office. Oh, the shame of it all…

When the teacher in fourth grade said that the third grade teacher had “warned her about us and our bad behavior” I was so ashamed. Now, I think that Miss McManus never ever talked to Miss Jones at all

Don’t struggle, especially don’t hold your hands over your head. Lay down and try to roll to firm ground. If you have any sort of walking stick, put it under you as you lay down.

DON"T PANIC. Quicksand is heavier than water and you can float on water.

(The useless stuff I remember…)

It is not possible to sink into quicksand any further than your waist or so unless you panic and flail about and actively propel your body downward. That would take a whole lotta flailing, though.

The reason for diving under your desk, or hiding between locker doors during a nuclear strike was to protect you from flying debris, like shards of broken glass.

Of course, that wasn’t going to help if you are within a certain distance of Ground Zero. In that case, you’re going to be a puddle of molten protoplasm, if not totally vaporized no matter where you hide. But beyond a certain distance, hiding under your desk could make a difference.

Same with closing the Venetian blinds. The row of students sitting closest to the windows was supposed to close the blinds, then duck under their desks. That was to prevent broken glass from flying all around.

I suppose closing the blinds – like facing a wall with your arms over your head – might also have been meant to protect eyesight.

The backstroke, I believe.

I’ve read that if you spread your body weight out, you won’t sink very far, and can get out in a sort of slow-motion swim. Never tried it, but it makes sense. Most people don’t sink in water if they don’t panic (rough and/or cold water is a different problem), and quicksand’s got to be thicker.

there isn’t anybody actually requiring you to do them

A broken neck. When I was a kid adults would tell you “knock that off, you’ll break you neck!” Where are all these kids with broken necks?
But damned if I didn’t say the same thing to my kids…

Ha ha. With me it was “You’ll split your head open!” or “you’ll crack your skull open!”.

Yep. That too. Between all the broken necks, split open skulls, shot out eyes, catching death of cold, and lock jaw I can’t believe any of us survived.

I also fell for the DARE propaganda. I thought I’d face immense peer pressure to do drugs, and I also grew up to find that people would offer but never really care if I declined. I was also surprised to learn that lots of people smoked pot etc without getting addicted, without progressing to harder drugs, and without ruining their lives.

I thought being a childless atheist who didn’t take my husband’s name was going to be a bigger problem than it was. It turns out being an adult gives you a lot of freedom to stop associating with people who judge your choices. I don’t have to talk to those idiots anymore, so their opinions are no longer relevant.

I didn’t much like being a kid. I wanted to make my own choices, and I didn’t see grown-up responsibility as such a big burden. Many people tried to convince me I was wrong about this. But as it turns out, not only is being an adult everything I ever dreamed, but I haven’t had to give up childhood pleasures entirely either.

I think the implication is clear. You are claiming to be Shakespeare, and know that we are all powerless to prove you wrong! Well played, Bill!

I really did get shot in the eye … socket with a bb gun as a kid. 1/16 inch over from where the bb entered my eye socket (according to the doctor) and I’d be looking for an eyepatch smiley instead of a monocle smiley.

The quicksand on the other hand…

Oh, man, SO many of these! And I’m so relieved to find out that I’ll never have to have people over if I don’t want to. I grew up scared of:

Turns out, those was all baseless fears… and I like being an adult. Who knew?

Call for Lassie or Silver. In a pinch, Scout will do.

(That would be Timmy/Jeff’s dog, the Lone Ranger’s horse, or his Faithful Companion Tonto’s horse for you young folks in the group.)

Yeah. As a teen sex was the end-all be-all of human existence. Probably because I wasn’t getting any then.

A few years later, I was in a FWB arrangement. I started out thinking I had hit the Motherlode. This gal and I are still friends to this day. But I realized I was looking for something else, something that this woman really wasn’t going to give me (no shade on her, she’s still a good friend.) But it was after I eased out of the FWB gig that I met my future wife.

THE DROP-BY
I really believed that once I owned a house, Mrs. Murgatroid next door would constantly breeze in my (mandatorially-unlocked) kitchen door, put her grocery bag, with a baguette and carrot greens, down on my counter, and expect some juicy gossip. And the perfect cup of instant coffee. 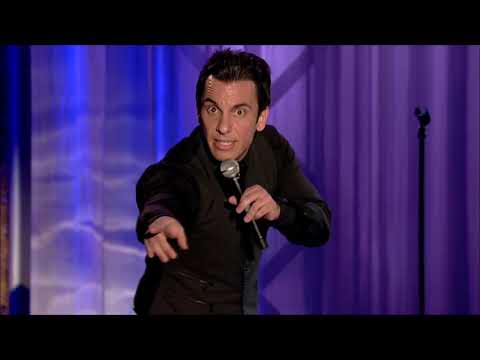 While killer bees haven’t quite lived up to the hype, they are still around here in the southwest. Every year there is a case or two of people dying from killer bee attacks in my area.