I asked my parents if I could just have the money a class ring would cost, and they agreed to it.

A small but significant number of people die in the UK every year from being trapped on coastal mudflats when the tide comes in and drowns them. This isn’t quite the same as quicksand, but you die just the same. We have some of the largest tidal ranges in the world in this country, so there are large areas which may seem attractive to walkers until the sea returns unexpectedly. Sometimes the lifeboat service have to literally dig people out of their boots.

Hard work does pay off at least for some. It sure did for me.

It depends on where you work. Where I am, 90% of your success depends on who you know and who’s ass you’re kissing.

I have a senior technician who reports to me. He can’t do anything. Nothing. Completely incompetent. Can’t even sort nuts and bolts. Zero analytical skills. And takes lots of sick time when the boss isn’t around. But every morning, from 7:00 to 8:00, he sits in Important Person’s office and shoots-the-bull with him. He’s already making more than a mid-level engineer, and I am getting pressure to give him a promotion. I’ve also been told to give him some kind of award plaque. For what, I’m not sure.

Depending on what industry you’re in, knowing the right people is everything.

Depending on what industry you’re in, knowing the right people is everything.

One of the partners at the law firm I work at is a partner because…his father founded the firm
And time after time I see issues get resolved because one lawyer has personally helped another lawyer out, and so they have a direct line of communication and a pre-existing rapport. It’s not to say that you don’t have to be smart or competent, but (as inspired by the OP) smarts and competences aren’t as important as I thought (hoped) they’d be when I was younger.

I’m the kind of person who’d rather do research and churn out memos then sit on the phone making calls for 2 hours straight. But when I see the most successful people (not just in law, I’m also thinking of some very successful business people I’ve met), they tend to be tied to their phone, constantly in a state of “schmoosing” or calling in favors.

I would agree that competencies are less important than I thought.

Most jobs have much routine work, because most jobs need to be able to be done by many people. Many bosses have only a dim awareness of what the people reporting to them do, and that has probably gotten worse over time, as bosses get shifted around more.

If you get into a situation where the boss hates you or has no regard for the type of work you do, you cannot fix that. You need to learn to leave these situations, they are unwinnable.

I also think that even if you’re good at your competencies, you need to sell yourself, talk your competencies. Make people aware of the value of what you do. Just putting your head down and expected to be rewarded for your craftsmanship, yeah, that doesn’t happen so much.

If I had to estimate at 10 years old how often tornadoes came crashing through towns I would have estimated every neighborhood was destined to be hit about once a decade.

Not this for me. As a small child, I lived in the local tornado alley. I saw more tornados at one time as a child than I had for a long, long time as an adult. I’m so glad we had a basement. Our home wasn’t it but there was plenty of damage nearby to frighten me.

A small but significant number of people die in the UK every year from being trapped on coastal mudflats when the tide comes in and drowns them. This isn’t quite the same as quicksand, but you die just the same.

Not pushing back, but I think the idea in the OP was the movie quicksand where you are walking along on dry hard ground, in the sunlight, and you step into a pool of quicksand that drags you down to your death. It’s a trope.
Behold: 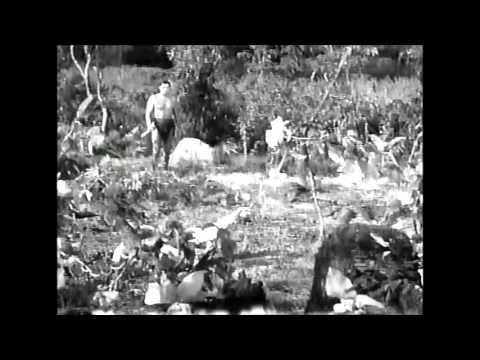 Yes, that’s right. Quicksand in the movies is something that seems to occur in jungles, not on beaches.

Horses and cattle die in quicksand. Heavy bodies and thin legs. When I was fourteen I rode my horse through a quarry which normally had a packed sand surface, but it had rained so much the sand had liquified. We managed to flounder out (separately, I bailed off to help him get out), but were covered in filthy wet sand to our necks. It was really scary.

I recall living in fear of The Dreaded Wisdom Teeth, and just knew any day soon was going to have my head sawed in two to have them taken out and my life would basicly be over.

Seriously? I worried like crazy about what other people thought of me and my reputation. I should be a good girl. Raised Catholic and very, very shy. Well, it turns out that most of that worrying was for naught because people didn’t think about me very much at all. Their own plates were overflowing with their issues.

Thank goodness. I was able to get over my fear and get on with life.

Was this ever really a thing outside of TV and movies?

Like so many things on television, I suspect this trope exists largely to avoid the expense of using a different set from what the show typically uses on a weekly basis.

Being trapped in a junkyard refrigerator. Apparently I never played hide and seek with the cool, dangerous kids.

The only episode of Punky Brewster I remember involves a kid getting stuck in a refrigerator at a junkyard. I suppose it’s possible older refrigerators from the 1950s were still making their way into junkyards during the 1980s, but I don’t think they were much of a threat.

I’m going to go with kidnapping. While I know kids do get abducted and it’s serious, in the late 70s and early 80s it seemed like everyone was preoccupied with the fear that children were being kidnapped and abused.

While I know kids do get abducted and it’s serious, in the late 70s and early 80s it seemed like everyone was preoccupied with the fear that children were being kidnapped and abused.

Huh? 70s and early 80s? It seems to me that the current era is the one with this belief. We’ve had threads discussing the police investigating when a kid walks to the park by himself. Helicopter parenting because of this fear is pervasive today.

As a straight man who was in high school in the 80s and 90s, and in college in the 90s, HIV/AIDS didn’t end up being nearly as big of a deal as they made it out to be at the time.

I mean, we got bombarded by anti HIV messages from about 1987 onward, and it just never got a foothold in the straight community. Maybe that was due to the messages… I don’t know. But I do know that it was never an issue among straight people in the US as far as I’m aware.

Kind of like the child-snatching panic of the 1980s. VERY few kids were ever actually kidnapped- how much of that was due to the fact that it was never common, vs. how much was due to all the awareness and precautions we were taught, I don’t know. But it wasn’t ever a big thing.

Huh? 70s and early 80s? It seems to me that the current era is the one with this belief. We’ve had threads discussing the police investigating when a kid walks to the park by himself. Helicopter parenting because of this fear is pervasive today.

This is true. I’ve sometimes wondered if Gen X and some Millennials who grew up with this as a result of the big scare in the 70s and 80s. This is related to the Satanic Panic of that time that brought us such gems as the McMarin Pre-School Trial. Though I suppose with Pizza-Gate perhaps where back to square one.

High school student parking lots ( such as they were, which wasn’t much ) were 10, maybe a dozen vehicles when I was there. 20 years later, while I couldn’t ascertain the count, 40 or 50 would be closer to the truth…and all very late model or high end stuff, relative to the era.

I’m trying to instill in my kids that you get paid for what you know, or what you can do. Most anyone can bus tables, not everyone can weld a rollbar.

It also applies to knowledge that’s picked up over time…I know several people with a GED and a comfortable income because learning and drive are not locked up behind the walls of a university.

I’m saying this because my kids aren’t going to the standard college experience I had…mostly because We shouldn’t afford it…the University experience could easily net them $250k in debt a piece. And I say it to soothe the guilt that I’m not giving them the experience I had. One’s attending a Technical School and the other is getting the foundation at a community college…and I hope it’s the right decision.

I went to community college first, and it worked out for me.
My kid went to community college before transferring to a state college for the last two years. She’s now off at law school on a full scholarship (thanks to a stellar GPA and LSAT score). All of her friends there went to expensive private high schools and colleges, but they all ended up in the same place. The big difference is in the amount of debt she won’t have. (And those friends aren’t even there on a scholarship, so they have law school to pay for on top of it all now, too).

As a straight man who was in high school in the 80s and 90s, and in college in the 90s, HIV/AIDS didn’t end up being nearly as big of a deal as they made it out to be at the time.

Yeah, for straight people. It wiped out a generation of gay men. Few of my gay male friends survived it. So I absolutely disagree.