What Would Happen If A Man Took Birth Control?

I am a man, supposing I got a woman’s monthly prescription for birth control. (I don’t know the types, I’m sure there are different kinds)

Let’s assume I am healthy and would have no extraordinary drug reaction.

So every day I take one of the birth control pills, just as if it was prescribed for a woman?

So what happens to me?

I had a friend and she got birth control implanted under her skin. What would happen if a man got that.

OK I understand this is not anything a doctor would do, but I was just wondering. I know doctors do sometimes prescribe birth control pills for other reasons than to prevent pregnancy.

Progesterone is an anti-androgen. In other words, it’ll dampen the hormones that make men men

The oestrogen will have feminising effects on the body.

Of course, how much effect you’d actually see would depends on the dose.

Counter studies by EA indicate that this isn’t true when it comes to alien abuctions, though.

Totally anecdotal, but a male friend of mine not known for bullshit told that he once took a birth control pill just to see what happens and the result was an abnormal amount of spontaneous, long-lasting erections.

it is aimed at teenagers but it gives some info: 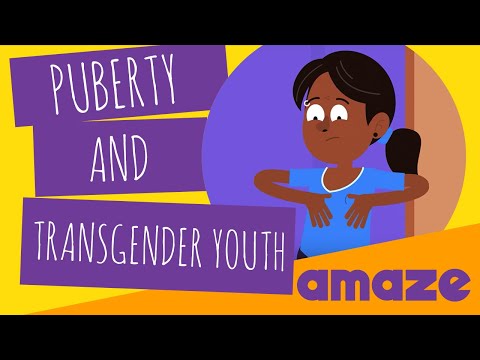 I have a page on hormones, but this page is about getting hormones and blockers as a minor. This can be a big help, so choose what is right for you. Even if you do not think you can start hormones …

I have actually prescribed BCP to men. That was back in the days when I was practicing endocrinology and an occasional male-to-female transsexual would be referred to me.

As you’d expect, and as mentioned above, the estrogen in the BCP will tend to promote things like breast development and may also have an effect on making the skin and complexion more ‘feminine’. In fact, the BCP of choice, as I recall, was one that contained a greater amount of estrogen than most other oral contraceptives.

The estrogen in the BCP also has two other, subtle but important effects. First, it acts to “fool” the man’s own testosterone-producing hypothalamus/pituitary system into shutting down, and thereby leads to a lowering of his testosterone levels (which is desirable for MtoF transsexuals). And, second, the estrogen acts to increase the man’s blood levels of so-called sex-hormone binding globulin (SHBG) (aka sex-steroid binding globulin). That is a substance which binds to, and effectively inactivates, testosterone (among other hormones). So, the effect is, once again, one of diminished testosterone effect (leading to reduced beard growth, etc.).

As an aside, on a totally different topic, one of the effects of having high levels of insulin is to reduce levels of sex-hormone binding globulin. Obesity per se has the same effect. This means that any testosterone in the blood of someone with high insulin levels and/or obesity (which usually coexist, btw) will tend to be unattached to SHBG since there’s not much of the latter around. Hence, the testosterone will be in an unbound, active form. In women who are obese and have high insulin levels, the result is unwanted male-type hair growth and a tendency to develop polycystic ovarian syndrome.

What KarlGauss said so articulately.

I too prescribe estrogens/progesterone for men: The transgendered who have already begun on these drugs prior to incarceration do get maintained on them while they are in prison.

But are those prescriptions for transgendered men, regular doses of birth control?

I asked 'cause there was a line on the Mary Tyler Moor Show, where Murray says that Ted was so upset he lost the “Teddie Award” (Television Editors) that he ran into Murray’s bathroom and swallowed a whole bunch of pills.

When asked what happened the punch line was “Ted retained water for a whole month.” Seemingly to indicate Ted had tried to OD on birth controll pills.

So if I just took a woman’s birth control, just a regular dose and took it once a day, would I have any noticable effects?

So if I just took a woman’s birth control, just a regular dose and took it once a day, would I have any noticable effects?

Well, “noticeable” has different perspectives, but it’s a safe bet that your balls would shrink (ultimately to about the size of olives - green ones - and maybe even raisins - albeit, plump ones).

What KarlGauss said so articulately.

I too prescribe estrogens/progesterone for men: The transgendered who have already begun on these drugs prior to incarceration do get maintained on them while they are in prison.

If I can ask, what is the reason for maintaining on those drugs? It seems like something a prison system wouldn’t want to have to deal with, especially with the interactions between inmates.

If I can ask, what is the reason for maintaining on those drugs? It seems like something a prison system wouldn’t want to have to deal with, especially with the interactions between inmates.

It’s multi-faceted, and rather complex. The short answer is:

Some years ago our State legislature passed a law, making it illegal for us corrections docs to give hormones or do sex reassignment surgery for transgendered inmates. The ACLU sued, the issue was taken to Federal Court, and the court upheld the right of a transgendered inmate to be continued on hormonal treatment while incarcerated, assuming treatment was begun prior to incarceration. It’s a recognized diagnosis, a standard treatment, and to stop it arbitrarily regardless of the individual clinical situation was deemed to be inappropriate.

No ruling yet from the court as to whether we need to consider doing gender reassignment surgery on them. Thus far we have not done such surgery on anyone, despite lots of allegations in the press that we have.