What would your suicide note be?

Are you okay, Lissener? Your post is rather alarming and I think we’d all like to make sure you’re not going to inflict any harm upon yourself.

There’s a lot of people on this message board who are happy to talk. I’m certainly one of them – don’t hesitate to PM me if you just need someone to chat with. Lifeline Chat is a service of the National Suicide Prevention Lifeline, connecting individuals with counselors for emotional support and other services via web chat. All chat centers in the Lifeline network are accredited by CONTACT USA. Lifeline...

No but thanks. I’ve made two.previous attempts so i know the drill.

But i see “The Suicide Note as a genre of writing”: the author’s attempt to sum everything up as succinctly as possible, as quickly as possible, as c!early as possible. Autobiography under extreme pressure. Imagining the note is a coping mechanism of mine. I think its a good writing exercise.

For what it’s worth, my perspective on the matter: 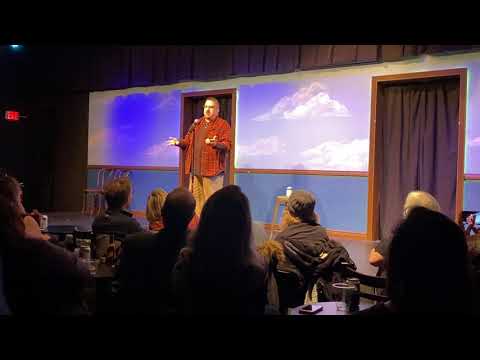 Including George Sanders, which can only be imagined read in his louchest of louche voice:

Toss me in the ditch for the coyotes.

If I were to write one, mine would be pretty long. It would be like 10 pages in Microsoft Word, explaining everything and also a long life narrative, and I’d share it by email to family, maybe post on Facebook.

I’m not suicidal, just saying that short and pithy isn’t really my style for something as important as that.

I’m not suicidal, just saying that short and pithy isn’t really my style for something as important as that.

Well, be sure to include a TL;DR, in case your loved ones don’t share your fascination with your “long life narrative”.

I’m half-joking, but the snarky half is because I just finished slogging through editing my mom’s memoirs. Whittled over 100 pages down to 50, and my kids are not looking forward to mine: “Just so ya know, if you do Dad’s Story, I’m only reading a couple pages of it.”

Hey, maybe I’ll just give tell them about this place, and let them search for my stories and half-baked opinions here.

I’ve said it before to my friends. If someone tells you I committed suicide, start looking for my murderer.

I’m not one to commit suicide, so I’ve got no note other than the previous directive. I’m the kind of fool who thinks attempting to murder my tormentors is more appealing. Yes, that includes all of society if I happened to think that was my tormentor. Fortunately, I’m pretty intimately familiar with how I suck, and I can generally live with it. For the most part, I’m in the same situation with the rest of the world. I’m far from superior to those who do contemplate suicide, but I certainly have a different mindset. I’m vengeful, and I don’t think many would miss me (obviously, there’s a bunch of excluded middle there).

I’ve had several friends and at least one family member decide to reach out to me when they’ve been in the middle of getting ready for suicide. I don’t know if my reaction revealing in a stark manner that it was a very alien concept to me helped or what, but no-one who’s contacted me beforehand has gone through with it, so far.

“I’ve had enough. I don’t want to participate anymore.”

I can’t really relate - I’m not much for despair - but mine would be handwritten nonsense meant to be completely eligible, but if it was deciphered would be something like “Rough tots eat kool jello!” (a quote from Square Pegs).

“Take ten paces east from the shadow of the beast, then seventeen paces south. Then walk slowly toward the tree that sorta looks like me. You’ll now know where to dig, and the fortune will be big.

Norm McDonald once read a Weekend Update item about Entertainment Tonight host John Tesh. It announced that Tesh had signed a contract for something like seven million dollars to perform his New Age piano music on albums and in concert performances all over the world over the next several years.

McDonald then added, “If I ever decide to kill myself, that’s going to be the last sentence in my note.”

Suicide, even if it’s just ideation or some sort of literary thing, is well beyond the scope of the SDMB. This is closed.

If you or anyone else is having suicidal thoughts, I strongly advise you to seek professional help. If you do not know where to go for help, start with the phone number or chat that @Lancia posted upthread. Please take care of yourself.

Is there a topic ban on threads about suicide?