What's Microsoft up to these days? They've been off my "new & interesting" radar for some time.

I know it’s a broad based question, but honestly I really have not heard all that much new and interesting about Microsoft for some time. I know they are working on Windows 8, and are tyring to get traction for the Windows Phone, but other than that there’ really doesn’t seem to be all that much new (or all that interesting) about anything Microsoft is doing these days.

Anybody know different? What’s up with Microsoft?

I know it’s not really big, but there’s an iPhone app called Photosynth that captures and stitches panoramas instantly and lets you watch them on your phone or online. Works really well and is so easy that you’ll do them all the time. Fun!

Microsoft researchers and engineers working around the world

Get to know Microsoft researchers and engineers around the world who are tackling complex problems across a wide range of disciplines. 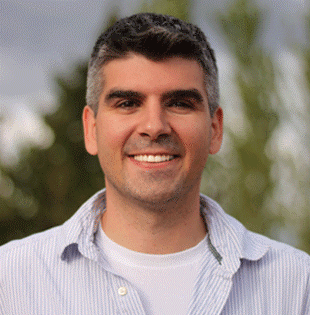 By Janie Chang, Writer, Microsoft Research Microsoft Research Redmond researchers Hrvoje Benko and Scott Saponas have been investigating the use of touch interaction in computing devices since the mid-’00s. Now, two sharply different yet related...

Most of what Microsoft is doing these days is enterprise stuff invisible to the typical home PC owner/user.

I think that Windows 8 is going to allow for a common interface for smartphones, tablets, notebook and desktops. If it works right, we may see competition for the iPad and the few Android tablets out there. I think that the Xbox is moving toward being the entertainment hub in the living room. The Microsoft Surface thing is interesting, although so far too expensive for the home. But I think it’s sign of where things will go in the future. And will we be able to use the Kinect technology to control a home computer?

From what I’ve seen of Microsoft research, though, little of it seems to translate to actual products.

The Xbox and Kinect seem to have the most momentum behind them. They are leagues ahead of apple and google ingratiating themselves into people’s living rooms.

Their phones are duds right now but if they throw their full weight behind it , it could be a competitor in a year or two.

I think that Windows 8 is going to allow for a common interface for smartphones, tablets, notebook and desktops. If it works right, we may see competition for the iPad and the few Android tablets out there.

This. I don’t think anyone can underplay the ambitious vision that Microsoft has for Windows 8. They’ve effectively merged their Windows Phone and Windows code trees, so that you can have a tablet or a phone that behaves like you expect a tablet or a phone to behave (that is, lightweight, fast loading, task-specific apps) and then launch straight into full-on Windows to do actual Work ™.

It’d be like Apple combining OSX and iOS into one complete package, so you never have to decide if you want to take your iPad or your Macbook on your trip. Because you’d never buy a Macbook in the first place, because there’s nothing the iPad won’t be able to do. Only replace all of these product names with MS versions.

It’s ambitious, but risky, because current tablet tech doesn’t have the gumption to run Windows 8, and the Windows 8 demo tablets that are out there are bulky and have fans. So the laptop and the desktop aren’t going anywhere soon, but 5 years of Moore’s Law from now, Microsoft is going to have a huge advantage in the tablet market. I think.

From many accounts, their phones are quite good and well-designed. Several prominent Apple-centric bloggers, including Marco Arment and John Gruber, have sung their praises. For those guys to comment on a Microsoft product in a positive light, they must be really good.

But… they are way behind on app development, they’re nowhere near as sexy as iPhones, they’ve got issues with retail penetration, and anyone who’s had a WinMo 6.5 or less phone probably has a bad taste in their mouth over it, so they’re got some serious challenges to overcome.

They just opened a chain of Microsoft retail stores that basically copy the look and feel of Apple’s retail stores.

They just opened a chain of Microsoft retail stores that basically copy the look and feel of Apple’s retail stores.

Yeah, Windows 8 is the big thing. But it’s not nearly as good as its been played up to be: tablets have the option of not running the desktop version. And a lot of the common interface is at the expense of the desktop user: the biggest one that bugs me is the new Start Screen which completely replaces the Start menu. God forbid you take advantage of the fact that desktop users have more screen space and don’t need as large of buttons.