As someone who only drinks seldomly (and generally only things like a bit of grape wine or fruit schnapps), I have seen videos of people downing a shot of this or that liquor, such as super-strong gaoliang (Chinese,) often grimacing in pain (“ugh, that burns”) and am trying to understand the reason behind it. If you want to get alcohol into your system, why not do it by drinking a beverage that tastes or feels a lot more pleasant, such as wine, beer, etc.? The people I watched in those videos seemed to enjoy their shots no more than someone taking their medicine.

Is it about getting as much alcohol into the body in as short a time as possible?

In those cases, it’s as much about the process as the effect. A shared experience.

Oftentimes, there’s a contest involved, something like an unspoken wager (not usually for stakes) that the drinker can’t handle it. In either case, the drinker is expected to show that while it was hard, they could indeed handle it.

I enjoy a good whisky or a rum and some really good tequilas too. But there are some cheaper spirits that are horrific. And while I do like tequila, I cannot think of many worse things that the cheap style tequila shots you get in most bars and pubs.

But @GreysonCarlisle is right - it’s about the shared experience. Bonding with your friends or colleagues on a night out.

If you want to get alcohol into your system, why not do it by drinking a beverage that tastes or feels a lot more pleasant, such as wine, beer, etc.?

I agree about the scenario described for that specific experience of “toughing it out” with shots.

But in general, as I’ve stated on this board before, it seems to me that one can acquire the ability to enjoy the taste of strong spirits. When I was young I could only really experience the burn, and the alcohol, even with finer spirits. I expect it is the same for many younger people, and those less experienced with hard liquor (the OP). But, as I aged, I found that I got past the “only burn” experience and can now enjoy the flavors when drinking hard liquors.

And there’s also genuine sharing. Say that you have a favorite bourbon, but your buddy has never tried it. You might order a couple. Now your buddy doesn’t necessarily know what to expect. It’s a bourbon, sure, but is it mild or strong, will it be hot or cool, will it hit hard or gently?

The people I watched in those videos seemed to enjoy their shots no more than someone taking their medicine.

And, like medicine, they’re taking it for the effect and not the taste.

Depends on what you mean by super-strong. People doing shots of Everclear, or 151 back in the day when it existed, is just stupid. It’s a game to show how tough you are, and you get wasted. And I did it too back in the day, It was fun at the time, but seeing where the fun came from in hindsight, is hard to find. I have done maybe 10 shots in the last ten years. Each one was not exactly my choice, but a friend was celebrating something, and ordered a round of shots, so I participated. Those where all soft shots like a sundrop, up to a shot of Jack as I recall.

On the other hand I do like a good sippin’ whiskey. I have a couple barrel/cask strength Whiskeys from 110-127 or so proof. The do taste good to me that way. They have density and complexity of flavor that isn’t there in the normal bottle.
But I wouldn’t shoot those ever, I am drinking for the whole taste of a sip.

Candy is dandy, but liquor is quicker. Ogden Nash(?)

Wine is fine, but whiskey’s quicker
Suicide is slow with liquor

It seems a lot of people have the ability to enjoy the taste and smell of strong spirits. There is a whole industry dedicated to producing them. Personally, I never felt the need to force down shots of or chug the Louis XIII.

Plus you get fucked up.

I enjoy a flight of really good tequilas, comparing different distilleries or different styles from a single distillery.

Never had a flight of tequilas, but I’ve done this often for single malts, and I am really missing the chance to visit distilleries. Even though Scotland at this time of year is cold and dark.

I have never understood the idea of drinking something which is not enjoyable. Doing shots seems to be a fast way of getting drunk, and the flavor doesn’t matter. Might also be fewer calories than wine or beer.

I know some people enjoy Baijiu and I even enjoy Jägermeister, but it does need to be chilled. Everybody has their likes and dislikes.

Speaking of which, I should open a bottle of scotch. It’s 5 o’clock somewhere.

I don’t do shots, mostly because i hate being drunk. But i do sometimes enjoy strong spirits. I have several single malt scotches in the cupboard, and I enjoy pouring a shot into a brandy snifter and slowly enjoying it over the course of an hour or so. Yes, there’s an alcohol bite. But there are all sorts of other interesting volatiles, and they are pleasant.

Candy is dandy, but liquor is quicker. Ogden Nash(?) 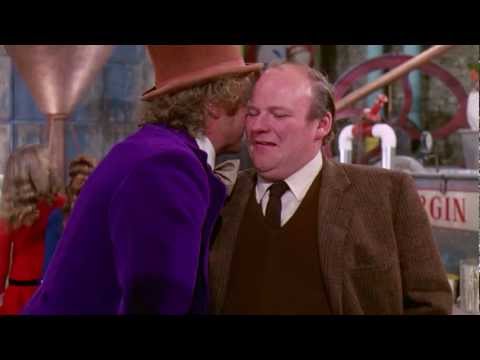 I always wondered about the scenes in Western movies where the trail-dusty cowboys head to the bar and declare they are thirsty and toss down some shots. I doesn’t seem like a shot of rotgut would do much for thirst.

Heh. I forgot that was in the movie. But Ogden Nash said it first.

I don’t do shots, but spirits with a mixer I drink when I don’t want to fill up with liquid.

If you want to get alcohol into your system, why not do it by drinking a beverage that tastes or feels a lot more pleasant, such as wine, beer, etc.?

yup. generally speaking, the harsher the alcohol the quicker it does the job.

Also not everyone can drink a gallon of beer.

While there is some truth to that, of course, I wouldn’t say it’s only for the effect and not the taste. I quite like the taste of a lot of hard alcohol – that one reason I never really drank vodka – because that didn’t taste like anything. But whiskeys of all sorts, gins, tequilas, etc. I really enjoy, but, yes, the effect of relaxation from the alcohol is definitely a component of enjoying them. Whereas with beers, I would happily drink a non-alcoholic beer with exactly the same taste as an alcoholic one purely for the flavor (and there are a number of non-alcoholic beers I enjoy these days, because I love the flavor of malt and hops, and brewers have gotten so much better. I get [almost] all the flavor of beer at like a third or quarter of the calories.) I wish I could say the same of spirits, but even if there were a non-alcoholic Scotch that perfectly replicates the flavor of a nice Bunnahabhain, at the amounts drunk, it doesn’t really make sense, and that alcoholic bite kind of slows you down to enjoy the flavor (and is necessary to pass on many of the flavors.) Non-alcoholic quaffing drinks make sense to me; non-alcoholic sipping drinks not as much.