Where does your ‘willing suspension of disbelief’ stop?

My willing suspension of disbelief spontaneously combusted when I made the mistake of reading Clive Cussler’s book Valhalla Rising . At one point, the totally over-the-top larger-than-life hero Dirk Pitt gets in a bad situation and Clive Cussler himself shows up as a character in his own story to rescue the hero.

Cussler’s done that more than once

In what started as a joke in the novel Dragon that Cussler expected his editor to remove, he would often write himself into his books. At first he wrote himself simple cameos, but later as something of a deus ex machina, providing the novel’s protagonists with an essential bit of assistance or information. Often, the character is given an alias and not revealed as Cussler until his exit with the characters remarking on his odd name. The cameos include the Dirk Pitt Adventures, as well as the Fargo Adventures books Lost Empire , Spartan Gold , Kingdom , and The Tombs . The Tombs also includes his wife, Janet.

I don’t think even Cussler’s death wil put an end to this. I suspect that h left an enormous stack of as-yet-unused plots that his many collaborators will continue to mine for years, occasionally putting “CC” into the stories as a character. Clive Eric Cussler (July 15, 1931 – February 24, 2020) was an American adventure novelist and underwater explorer. His thriller novels, many featuring the character Dirk Pitt, have reached The New York Times fiction best-seller list more than 20 times. Cussler was the founder and chairman of the National Underwater and Marine Agency (NUMA), which has discovered more than 60 shipwreck sites and numerous other notable underwater wrecks. He was the sole author or lead author of more than 80 bo His...

Right. Columbo actually staged a reenactment with a policewoman wearing an identical mask to demonstrate how they managed to fool the traffic camera.

And the secretary, of course, became an accessory after the fact. Blackmail was a really bad move on her part!

Maybe I’m different, but a visit from detectives would be an unusual event in my life and would merit my undivided attention. And I would be polite with them.

I also doubt the detectives would tolerate anything other than the suspect’s undivided attention.

“Excuse me, ma’am, but you can either answer our questions here or down at the station. So would you please put your dustmop away and have a seat? It’ll just take a minute.”

And the secretary, of course, became an accessory after the fact. Blackmail was a really bad move on her part!

She got off lucky then-- most of the murderer-blackmailers on Columbo also get murdalized.

Columbo: Well, see sir, it’s the shadow on your face in the photo. It’s in the wrong direction for the time of day.

Is that really what it was? Because the shadow should be perfect “for that time of day”, because that’s when she did it.

(Dabney immediately confesses, a couple uniforms walk him out. Scene.)

That always bugs me. If the perp would just SHUT UP, most of the episodes would result in acquittal at trial.

Excuse me, ma’am, but you can either answer our questions here or down at the station.

Maybe they can intimidate the unaware, but it doesn’t work that way. They don’t have to talk downtown anymore than they have to over the ironing board. (Though to be fair, that is such a L&O cliche, it’s practically a running joke.)

My willing suspension of disbelief has been sorely tested by reality shows.

I’ve enjoyed watching “Airplane Repo”, but have come to accept that staging of the program exceeds even what the producers acknowledge.

For example, in one episode the intrepid repo pilot and a cameraman trek over the frozen wastes of Alaska for miles, braving harsh weather and wolves, in order to liberate a small plane and fly it out of a primitive remote airfield. These guys are supposedly desperate to get the plane to fly, since they have no food and it’s two days travel to civilization. The last camera shot shows the plane successfully taking off and disappearing in the distance. So what happens to the poor cameraman - left to starve and be eaten by wolves?

I suppose he could be rescued by helicopter or another plane, but in that case why was it necessary for he and the pilot to hike a great distance through the snow to reach the hangar and airfield?

Asking such questions is hazardous to one’s enjoyment of the program.

Is that really what it was? Because the shadow should be perfect “for that time of day”, because that’s when she did it.

That’s how I remember it, but my memory could be wrong. I’m actually re-watching all the Columbos on Tubi TV now, so when I get to that one I’ll let you know!

Every Columbo is basically the exact same episode, but it’s such delicious shadenfreude watching Columbo trip up the pompous, self-important murderers with their own overconfidence and hubris.

Something that nags me while watching Law & Order…

In every single scene where the detectives are interviewing people, those people are all furiously doing something.

This is so common that John Mulaney has a routine about it: 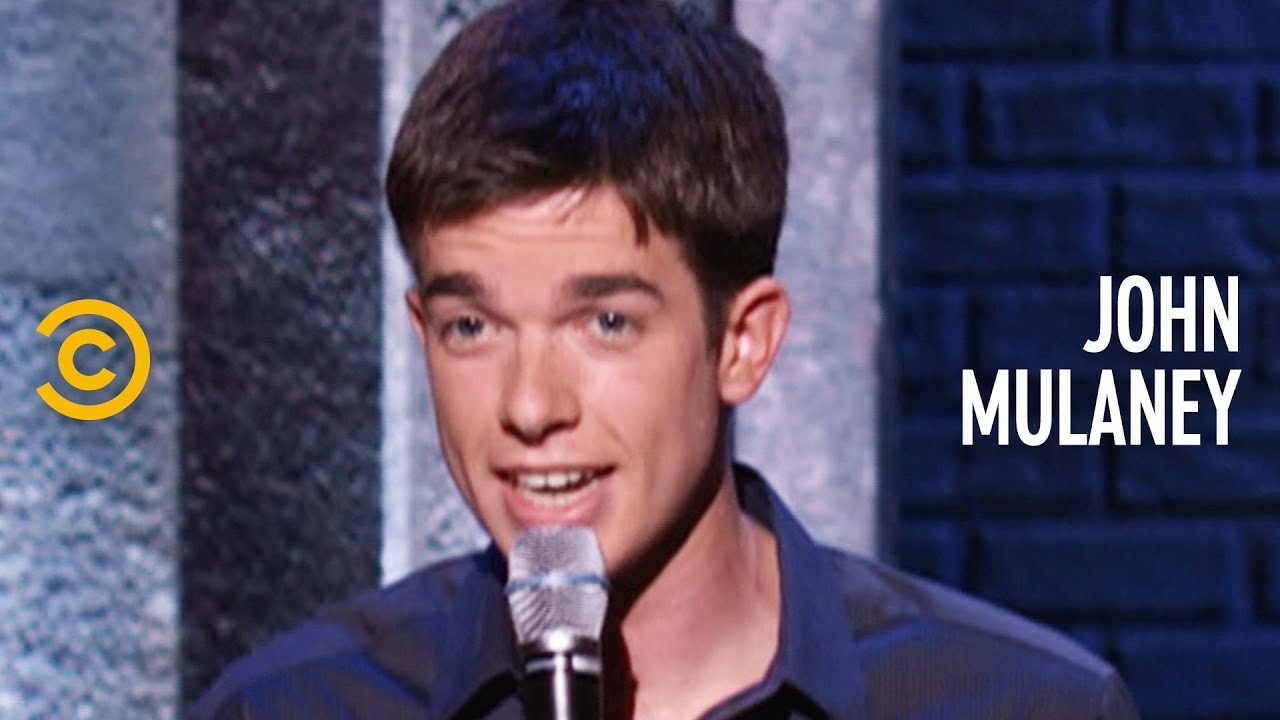 Maybe they can intimidate the unaware, but it doesn’t work that way. They don’t have to talk downtown anymore than they have to over the ironing board.

Even more buggy is that nobody ever says “Not without a lawyer present. Bugger off, cop.” You’d think that would be common knowledge.

How do you figure? She seems pretty guarded until Bond shows her the blanks that were in her rifle and says, “That was clever of Georgi, using blanks. Made the British believe his defection was real.” Kara’s reply: “How do you know that?” Bond, pretending to be a friend of Georgi’s: “He told me.”

I guess I’ll have to watch it again. Still, Kara does come off as pretty naïve; I think the technical term would be “too stupid to live.”

Something that nags me while watching Law & Order…

In every single scene where the detectives are interviewing people, those people are all furiously doing something.

Housewives are ironing; janitors are running their floor buffers; waitresses are serving; bricklayers are laying bricks; nurses are caring for people; salespeople are tending to customers; bakers are kneading; secretaries are busy filing. And when the detectives are interviewing someone who is in their home, they are often sitting at the table shoveling food in their mouth.

I remember the shadows weren’t right. There was also no depth to the mask when they blew up the photo.

In other words, it didn’t stand up to scrutiny. It looked fake.

I just watched the new FBI: International. The team gets on an elevator going down down down into the cryptocurrency vault, while the Boss Lady stays behind on the phone, When the team gets to the bottom, Boss Lady is already there. No wonder she’s the boss!

This reminded me of my favorite elevator continuity. The very first episode of Star Trek features Kirk getting on the turbolift, then emerging seconds later onto the bridge with a different style/colour of top (I think it went from the yellow one to the green “look at my chest hair, can you believe this is an official Starfleet uniform?” one.). I mean, this would derail the thread to turn it into a continuity gaffe list, but seeing that I had to wonder if they even had a continuity person on set for that.

“That’s for the jury to decide.”

I think that was “Charlie X” (though it may have happened in other episodes as well). It was just before the captain of the Antares radioed to warn Kirk about Mr Evans.

One of the first episodes, but not the first.

I think that was “Charlie X” (though it may have happened in other episodes as well). It was just before the captain of the Antares radioed to warn Kirk about Mr Evans.

It was Charlie X, and I stand corrected. I could have sworn it was the first episode on BluRay when I marathoned the series earlier this year. Interestingly, a Star Trek Wiki page calls it Season 1 Episode 3, but actual Wiki lists it as the second episode aired. I’m at work so I can’t check my discs.

I must have watched that episode at least a half-dozen times before I spotted the discontinuity. Of course, once you know it’s there you can’t help but see it.

Sometime in the 60s Hollywood decided action men shouldn’t have chest hair. I could never come up with a viable reason why, but Jims (Kirk and West) starting getting shaved.

War of the Worlds, the TV series from the late 80’s/early 90’s. The premise was that the events in the 1953 movie all happened pretty much as portrayed, and the bulk of humankind…forgot it ever happened.

There are not enough eyeroll and WTF emoji in the known universe to cover this.

There are not enough eyeroll and WTF emoji in the known universe to cover this.

OMG. I quit in the pilot episode. That was horrible. Worse than the Kolchak remake, or the Andromeda Strain remake, and that’s hard to do.

That is a premise so bad I feel unable to escape the singularity of suck. Where can I find this gem?