Where would you absolutely, positively never want to live?

It can be a country, a city, a type of neighborhood, a type of dwelling - this is a wide open topic, inspired by the current effort underway to move my in-laws closer to us.

I would never want to live in a retirement community, especially not in Florida. My in-laws have been in their neighborhood for over 20 years, and I will admit, it’s not horrible, for all that it’s in Florida. But it seems every time we visited, we’d be treated to a recitation of who died, and more often than not, they’d get a call from the community association telling them someone else had shuffled off this mortal coil. I can’t imagine having that constant reminder of death - how depressing!!

I know it’s a natural part of humanity. I know my day will come. I don’t fear it or fret about it, but holy crap on a cracker, why would you want to wallow in it? Assuming I’ll remain more or less healthy till the end, I’ll stay where I am, thanks. Since my daughter will get the house when we die, I may well l turn it over to her and her family and move into one of the smaller bedrooms when I can no longer manage on my own. But I can’t imagine wanting to spend the end of my life in death’s waiting room, with or without an HOA.

Second worst place to live - any city. I like my 3 acres, thanks…

SE Michigan has 4 seasons, relatively mild winters and lots of fresh water, why leave? I can visit Texas and Florida in the winter and not have to live with their politics.

I will not live south of the Mason Dixon line. I will not live anywhere with heat and humidity year round. I don’t mind a retirement community as long as I am still mobile. I don’t mind it but I have no plans to move to one. I live close enough to “the country” to enjoy it (my horse lives on 110 acres 10 miles from me) without actually living amongst those who target shoot for fun and drive jacked up pickups. City life was fine when I was in my 20s and 30s and lived in the city but now I am old and retired. I figure I’ll die in my townhouse in no. Illinois…

I’m with you (except for “relatively mild winters”; they may be milder relative to more northern climes, but they still suck plenty bad. But then, I am NOT a winter person).

With global warming and eternal drought turning the western states into bone-dry hellscapes, and the south getting hit with hurrcanes and floods, I’ll stay right here in Michigan with its moderate climate, surrounded by 70% of the world’s supply of fresh water, thanks. Now we in the Great Lakes states have to be on guard and make sure no one manages to get a pipeline made siphoning our Great Lakes water out west.

Never in a place that’s not a major city. DEFINITELY never a suburb.

Prison and North Korea are too obvious, but I’d never want to be there.

Nowhere that is a super hot, dry, desert-y place. I lived my first thirty years in southern California and that was a desert with bumps. Aridity and me do not agree.

Nowhere that huge pickups, military weaponry and MAGA banners are the norm.

My mom lives in a gated senior community. She’s having the time of her life. All day long her schedule is filled- meet friends for mah jongg, meet friends for canasta, have a Skype conference to play a game, go to movie or a show at the theater. Yes, her friends keep dying. Fortunately, my mom is very outgoing and social and easily makes new friends.

My in-laws loved their community. Each to his own - I’d hate it.

SE Michigan has 4 seasons, relatively mild winters and lots of fresh water, why leave? I can visit Texas and Florida in the winter and not have to live with their politics.

What he said, except Massachusetts, not Michigan. 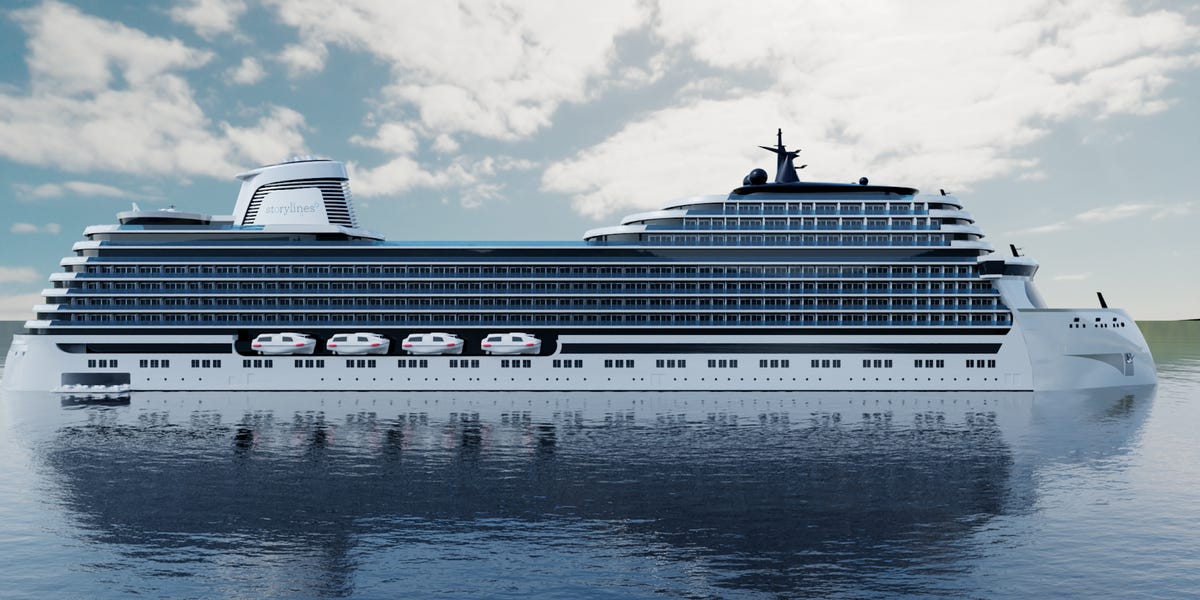 A luxury cruise ship will allow residents to permanently live at sea. See...

Storylines' residential cruise ship will indefinitely travel around the world beginning in 2025. Just be prepared to trade your house for one room.

This would be my literal Hell.

This is me. Also, any highly-urbanized large central city; I’m just not a fan of being in that kind of crowding and bustle.

Forgot to answer the OP

It’s too damn hot and muggy. For perspective, my record for wearing shorts and a t-shirt and not being cold was 42 degrees- and I was walking down the street eating an ice cream cone.

If you don’t keep your place almost surgically sterile, you get ants. And other bugs and field mice are much easier to get as well.

I’m a proud left wing bleeding heat liberal. Florida is pretty much the opposite of my views.

If my mom, sister and sister in law didn’t live in the Sunshine State I would never go near the place.

I don’t want to live anywhere that relies on a long-distance water source. I like living in a desert, but wouldn’t at this ecological point. Similarly, not in a flood zone. I’d like to get off a fault. Air quality is an increasing issue where I live now.

Oh, the charts and graphs we’ve generated as we enter retirement and could go elsewhere!

I would never live anywhere with high humidity. I’d either have to live with a/c all the time or be so enervated I’d have no desire to do anything. My mom and dad moved to AZ, specifically Sun City. It was not a retirement community, per se. It was more like a sterile suburb with only old people. Old people Camazotz.

I’m happy in SoCal where I am (specifically the West L.A. area). I’d never live anywhere where the politics are right wing.

Either this a weird auto correct, or you’re using the name of the bat demon/god who fought the Sun Twins in a way I don’t understand.

Ditto for me for retirement communities, ships, Florida, and any place where you have to spend weeks and months indoors (heat, of course, but also cold is a problem). I don’t mind urban, suburban, rural, whatever, and as long as I have access to outside activities, I can make it work (even with some humidity). But, box me up in a climate-controlled environment with the windows shut tight for days and weeks on end, and I will be unhappy. A few days here and there I can tolerate, but not for an extended time.