Which Olympic event do you find the most impressive?

It can be either summer or Winter Olympics. Use your own definition of impressive.

For me, it’s either the rings or the 110 meter hurdles. Watching the rings just makes me hurt. Sprinting and then somehow levitating over a hurdle just looks physically impossible to me.

I’ll go with field hockey followed closely by water polo. They’re both sports rarely seen in the USA outside of the Olympics and yet so much fun to watch. There’s an incredible amount of athleticism in both sports.

I don’t know about field hockey but the physical fitness and stamina of the polo players is just crazy.

I remember getting a big kick out of watching a gymnast do airflares on the pommel horse in the 2008 Olympics, one of the few moments from that games that I still remember to this day. 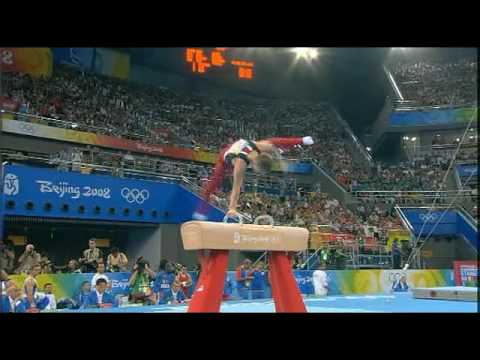 Later I learned that apparently the flares aren’t worth that many points, but still, it looked cool as hell.

I also like watching diving defenses in badminton (good example here). I’ve tried doing it myself, but I just can’t get over the mental block that I will end up tearing all the ligaments in my knees, and my body refuses to comply with my mind.

Biathlon, in the WInter Games. To be able to sprint on cross-country skis, and then, be able to rapidly calm yourself to shoot accurately, is danged impressive.

The high jump. It’s incomprehensible to me that any human being on the face of the earth can jump eight feet high.

The high jump is so different than “regular” jumping. I’ve often wondered what the standing vertical jump of those athletes would be.

Summer
Target shooting. The range and accuracy is amazing. I relate strongly because I target shoot. I understand just how impressive these competitions are. 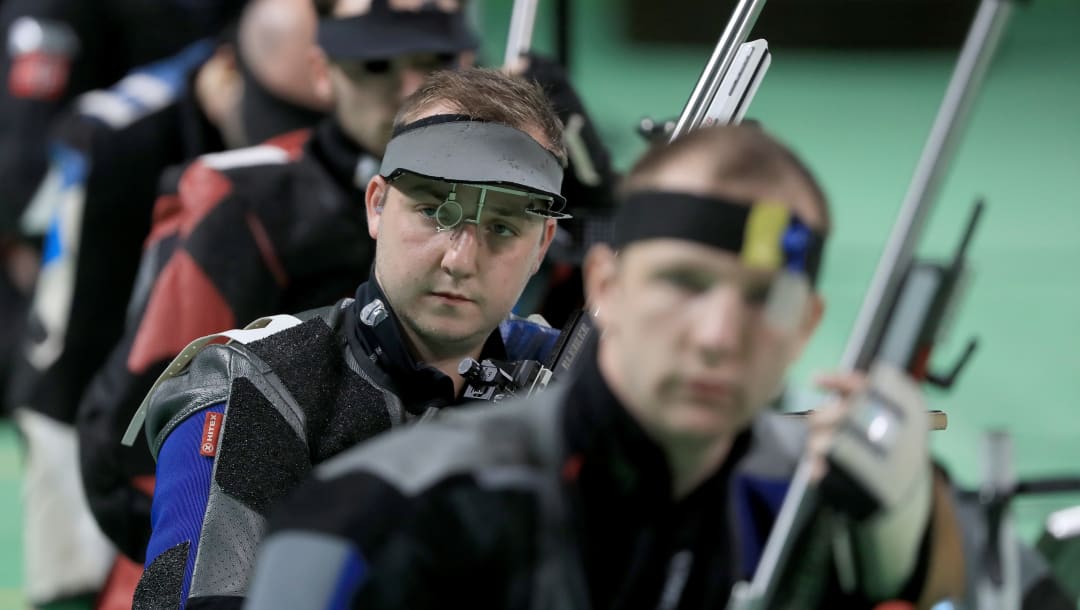 Shooting is a tense and testing sport that requires immense skill and nerve. Success depends on staying cool under the enormous pressure of Olympic

Winter - The biathlon requires skiing and then shooting from standing or prone position at 50m.

.How far do they shoot in biathlon? Distance of shot - Sports Illustrated

For me it’s the marathon, the level of fitness and stamina, and the strength of will needed to complete it is just amazing to me

It’s played flat-out for seven minutes; demands every player to have skills of running, passing, tackling, kicking and planning - and needs well-rehearsed teamwork.

I’ve been watching a documentary of the 1976 (Montreal) Olympics. They show highlights of just about every sport - not just the gold medallists - but the “average” athlete as well (e.g. who is lapped by everyone in the multi-km race, and gets a standing ovation when crossing the finish line). I’m taking a break now, but in part of it they follow the Hungarian team in the Modern Pentathlon through their various events - showing their ups and downs - a truly challenging series of events! I’ve never followed it before, and didn’t know much about it.

Water polo would still be the most impressive for me, followed by volleyball (not the “beach” version). 6 a side.

I’ve often wondered what the standing vertical jump of those athletes would be. 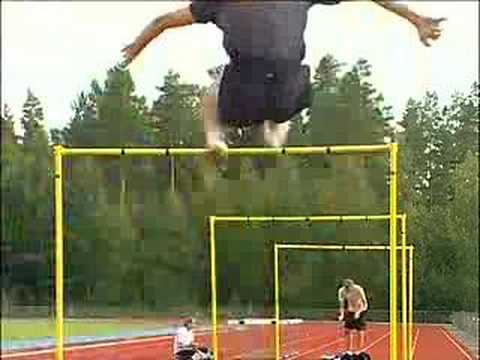 I relate strongly because I target shoot. I understand just how impressive these competitions are.

I think this is a key factor in how impressive we find various events. I don’t doubt water polo is incredibly difficult, but since I’ve never tried it I can’t appreciate the difficulty. But I have tried ice skating & gymnastics, for example, so I can grasp just how hard it is to perform the routines.

My wife used to be a synchronized “artistic swimmer” and from what I know about it and what she’s told me, it’s extremely difficult. Some of the things they do should be impossible. And unlike every other event, they have to do it with a smile the whole time.

I’ve been to the top of a ski jump and looked down it. The guys who do that are fucking insane!

The high jump. It’s incomprehensible to me that any human being on the face of the earth can jump eight feet high.

Yes, but… no human being on the face of the Earth can jump eight feet high. They’re clearing an eight-foot bar, which is a different task. It’s such a different activity from anything other than itself that it’s hard for me to find it impressive.

The long jump, on the other hand… We’ve all of us, I think, tried at some point or another to jump as far as we can. And the Olympic event is basically just that. But there’s no conceivable way you or I could come anywhere close to jumping 20 feet.

But there’s no conceivable way you or I could come anywhere close to jumping 20 feet. -

Or over 29 feet, the current world record.

I think any of the gymnastics events are the most impressive events.

Just watching Simone Biles on her own makes me marvel at how great the extent of human physical ability can be. Bouncy floors or no, being able to leap well over your own height and do multiple twists and flips in the air along the way is just mindblowing.

Pity about her ankle.