Hello, I have been lurking for quite some time but finally want to make a post. This will contain spoilers for Cohen’s new show.

I have been a huge fan of Cohen for a long time, even enjoying his less popular movies like “The Dictator” and “Brothers Grimsby”… Yes I even liked that one.

So, I was thrilled to hear about this new show and see him tackle some of the bastards I so despise from the current administration and related individuals. I just watched the premiere of this show and thought it was pretty good.

The segment with Bernie was amusing. I started cracking up when Sacha tried to explain with a graph how you can put the 99% into the 1% :D:D I’m surprised how long Bernie talked with him though.

The Republican couple… I have to be honest. I equate Republicans with evil, but I actually liked these two. I just did. They both seemed like pretty fair people, although I think a bit more revulsion would have been appropriate at some of the things Cohen said.

The art lady from Laguna Beach, what the hell? There were some things she said that were interesting, but she clearly is out of touch with normal people, to be okay with taking something from the hands of a guy that just said he makes paintings out of shit. And giving him pube clippings like that haha.

I wish the gun segment would have been surprising, but it wasn’t.

Anybody who watched it, what did you think? I think Sacha Baron Cohen did a great job and I look forward to more!

I don’t have Showtime, but love all his stuff. Is there any way to watch it without showtime?

I thought the first three segments were lame and the final segment was OK.

I do want to see Sarah Palin talk to him, though.

I wasn’t keen on the Bernie section, nor the ex-con artist, but enjoyed the ever-escalating ‘liberal’ indulgences of the pony-tailed character very much, and found the NRA part fairly funny and fairly chilling, but wondered how they didn’t all smell a rat with that dodgy prosthetic face. Maybe with everyone on TV so plastered in makeup, it doesn’t look so bad in the flesh.

I’m more interested in the opinions of the Americans here, especially as SBC already has a substantial Pit thread going…

Yeah, I only saw the preview NRA bit Cohen looked like a bobble-head with that getup and I couldn’t grasp how anyone was talking to him seriously.

The hits keep on coming:

Jason Spencer, a Republican state representative in Georgia, found himself on the wrong end of a Sacha Baron Cohen prank that aired Sunday night on Showtime. It was the second episode of “Who Is America?” – Mr. Cohen’s latest foray into duping unsuspecting participants into saying embarrassing things.

But Mr. Spencer’s segment was one of the most humiliating yet to air on the show…

…In a series of wince-inducing scenes, Mr. Cohen got him to yell a racial epithet and drop his pants on camera by telling him that those tactics would scare terrorists away…

In posing as an Israeli Agent, he [Baron Cohen] pretended to offer self-defense exercises. As uncomfortable as I was to participate, I agreed to, understanding that these ‘techniques’ were meant to help me and others fend off what I believed was an inevitable attack.

Uh, yeah, you idiot, that’s not your defense, that’s the punchline.

I have not seen this show yet but I have enjoyed Baron Cohen’s other work so I definitely want to see this when I get the opportunity.

There is a gun store owner who claims that he saw right through Baron Cohen’s disguise for a segment and the comedian immediately ran out of the store. in those cases, I’d like to see him drop the façade and continue with the bit. I would imagine though that despite how skilled Baron Cohen is at pulling off these characters, he may not have been ready for a Plan B. I think he will need one though as he’s going to need more elaborate work to trick some of these people (Sarah Palin notwithstanding). People know Borat, Ali G, and his other stuff and the make up work may look off when face to face with people so he should be ready. 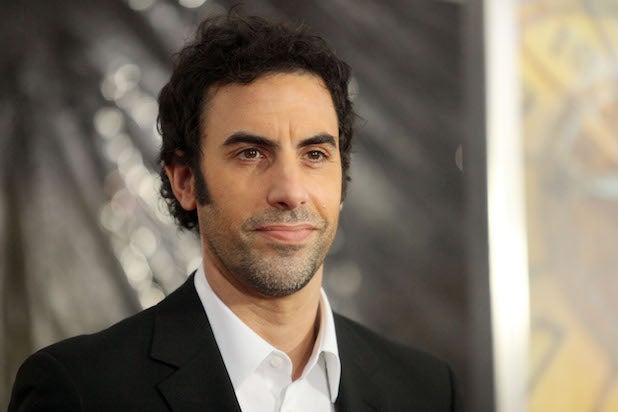 Norris Sweiden says he confronted a man he believes was "Who Is America?" Sacha Baron Cohen, telling him, "you're Borat."

His show is having an impact:

This email/letter is to serve as an official resignation notice to your office that I will be resigning my post effective July 31, 2018.

His show is having an impact:

As your article notes, he had lost his primary so the impact in this case is only a 4 months early retirement.

The show is definitely better in clips than watching the whole thing. I will say…

This Roy Moore segment is an all-time classic. If you don’t want to watch it all, skip to about 2:45 to see him pull out his “pedophile detector” device.

I almost fell out off the couch laughing.

Really enjoyed the quinceanera segment. The cops showing up (and I would bet heavily Cohen’s people called them) was hilarious.

The last part with the rap battle had me cringing, but the ending was great. Reminded me of the Family Guy episode with the punchline, “They respected me for saying it.” Look it up if you’re curious.

Well, Moore reflexively slipped in a line about how “it’s part of our heritage”, with “heritage” having become a euphemism for a violent and evil history.

Most recent episode wasn’t as good as the first three, but still had its moments.

I’m curious what Cohen’s “success rate” is. For every couple of guys he gets to learn to defend themselves against Muslims with pork products, how many people are just not having it and leave? How much footage did he end up not using in getting one segment like that?

I can almost… ALMOST feel sorry for the people who end up looking foolish on this show. As a a person with an optimistic view of human nature, I actually hope Cohen fails a lot, and the people we actually see on air are the outliers.

Really enjoyed the quinceanera segment. The cops showing up (and I would bet heavily Cohen’s people called them) was hilarious.

The last part with the rap battle had me cringing, but the ending was great. Reminded me of the Family Guy episode with the punchline, “They respected me for saying it.” Look it up if you’re curious.

I’m willing to bet that any of his marks that are nobodies are actors. And that the cops were actors, or at least in on it.

I feel like Arpaio knew it was a scam. The part where he flips off the camera makes me think he knew it was comedy.

Ibut I thought the notable part was when Moore agreed with a straight face that Alabama had a history of equality.

Thats because Roy Moore was thinking about equality only applying to hetero white male Christians. That group has a long history of having their rights respected.

Thats because Roy Moore was thinking about equality only applying to hetero white male Christians. That group has a long history of having their rights respected.

But not all. “Poor white trash” were poorly treated as well. Esp. if you were a sharecropper.

Holy shit that last episode was a masterpiece. I had a feeling it would be good after the somewhat lackluster 4th episode.

Prison guy talking to the women on the bus and he’s like: “My mom said I was so ugly nobody would touch me and I would just go out robbing, and I did. Then one day I got caught and the joke was on her, because I got sodomized every day.” The looks on their faces. Priceless.

When the prison dude is DJing and is saying something like: “Say hey for the murderers who are in prison for crimes they did commit!”, “Say hey if you think we shouldn’t be so hard on murderers!” The whole crowd is shouting. Then when the song gets quiet with the prison rape sounds and he’s like: “Real sodomy!” everyone just looks horrified hahahaha.

Every time the Israeli special forces guy comes on the screen I start laughing. When the dude threw away the baby with a diaper bomb and Sacha’s like: “Some of these babies do not believe the ideology, some of them are not Jihadi,” I laughed my ass off.

I actually had never heard of that sheriff dude he had on but from the news clips that were shown he seems like a bad guy. I kind of liked him though the way he acted on the show haha.

Lewandowski is a fucking bastard but at least managed to not agree with the most disagreeable things Sacha said.

The white rap app guy was a damn tool. Really wasn’t hard to make him look stupid, but the scene with him feeding Sudanese babies on green screen… So terrible, but so funny, especially when he switches the white baby arm with an equally sized black baby arm to make his bulge bigger.

Now, I’ve been enjoying reading some of the accounts of people who’ve been on the show, like the art gallery woman and the DJ promoter. I would REALLY like to hear what was going through the food critic’s mind and how Cohen’s people shaped his experience.