Who is the most extreme and unbelievable candidate Republicans are running this cycle?

Here in Arizona we have an entire Rolodex full of extreme potential candidates, but after tomorrow each race will be limited to one specific conspiracy theorist on that side of the ballot. But other states have some candidates with unusual views also. Who does the Dope nominate as the most extreme single candidate in any statewide race?

I will nominate Georgia’s senatorial candidate Walker as the least qualified but that is almost boring compared to some candidates in this mid-term cycle.

This guy here might be the most controversial at least since segregation was the law of the land: 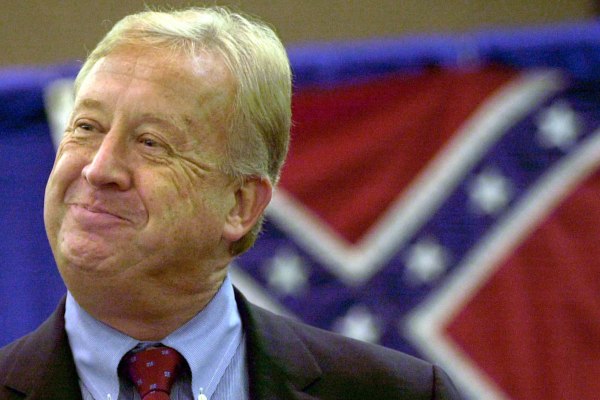 Michael Peroutka spread the unfounded, debunked conspiracy theory that the World Trade Center was brought down by controlled demolition

Who do other posters believe take the crown?

Doug Mastriano has to be one of the very worst. 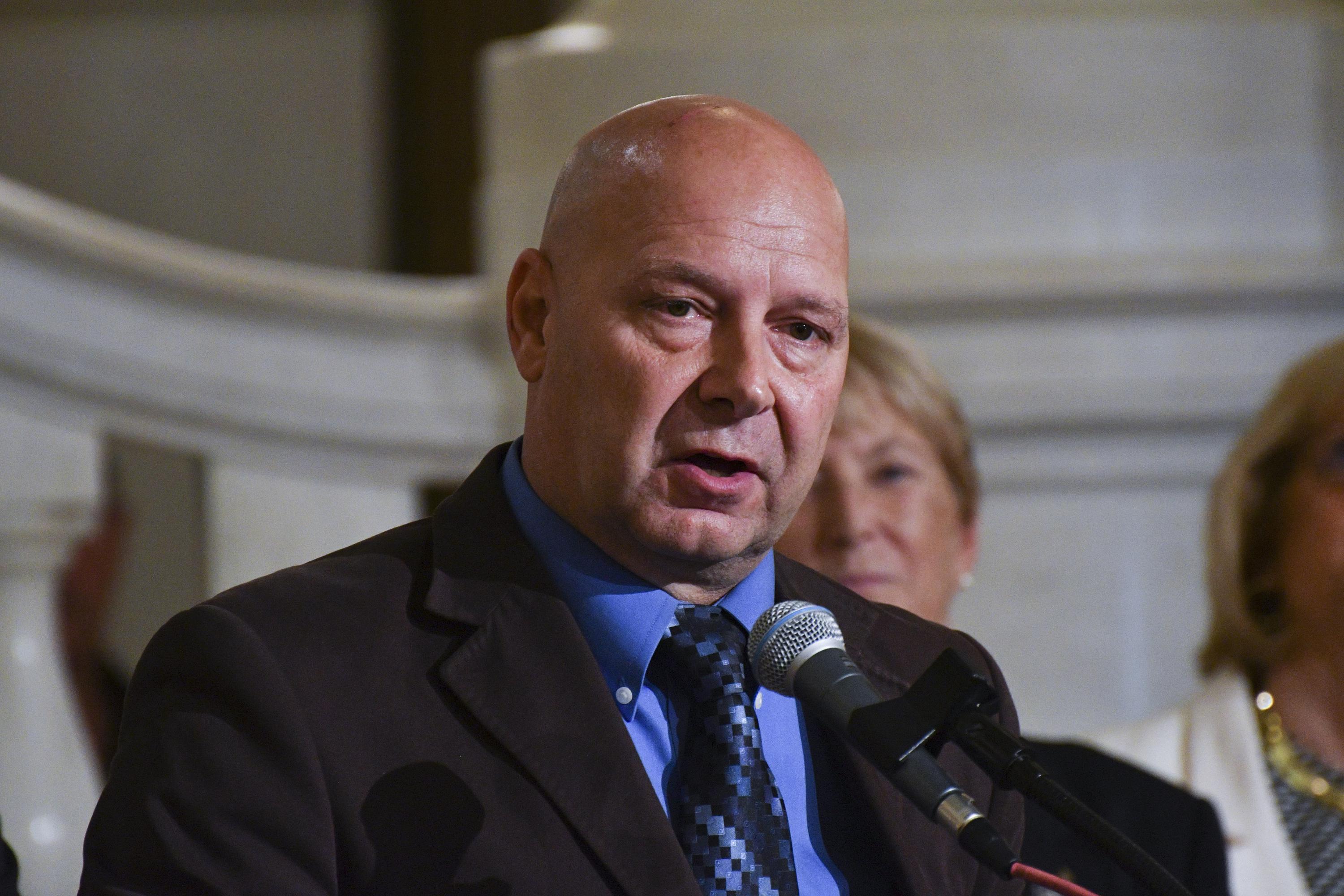 HARRISBURG, Pa. (AP) — Republicans are warming up to Doug Mastriano. When he crushed a nine-person field to win the GOP nomination for Pennsylvania governor in May, some in the party warned that Mastriano's far-right views on everything from...

Disgraced former MO Governor Eric Greitens is running for the Senate seat that is opening up. He’s the one with the “hunting RINOs” campaign ad that came out a month or so ago.

Maybe they’re playing with fire, or maybe their playing him for a chump, but the Democrats are definitely anticipating voters will generally reject the wacko wing of the Republican party. 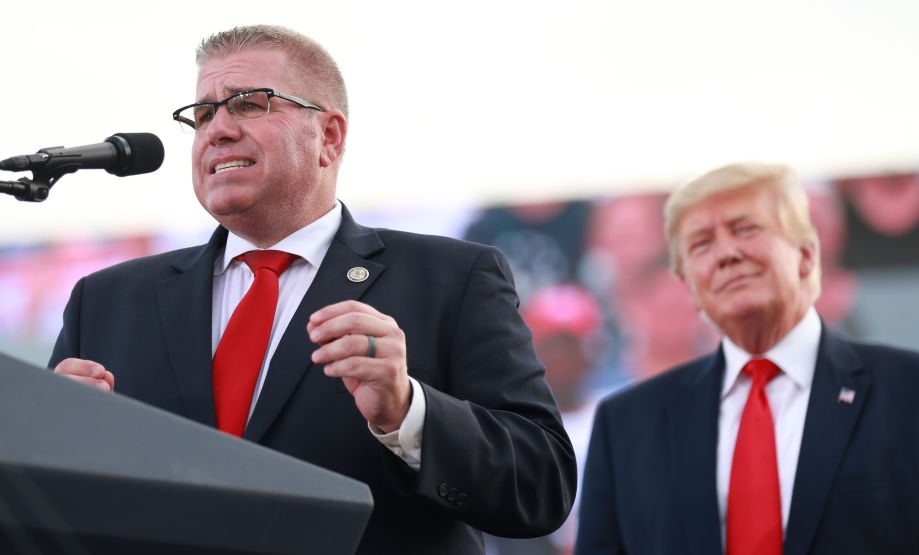 Shapiro’s ads call Mastriano, whose campaign bused rally-goers to the Capitol the day of the Jan. 6 riots and has been subpoenaed by the Jan. 6 committee, one of “Trump’s strongest supporters” and highlight his belief that the 2020 presidential election was stolen.

This guy here might be the most controversial at least since segregation was the law of the land:

Fortunately this guy has absolutely zero chance of being elected. Of course when to no one’s surprise he loses in a landslide, he will claim the election was rigged and he really won.

Oh, yes. It worked for Claire McCaskill, after all. The MAGAts are even crazier now, though, than they were then. I’m really, really hoping this doesn’t backfire in a spectacular fashion.

And who had to resign his office when his various unsavory practices were made public.

I mentioned this in another thread, but it’s one thing to try to play spoiler in the other party’s primary for a Representative or Senator – at the end of the day, that person is only one of 435/100 votes. But a Governor Mastriano would have significant executive authority to unilaterally enact much of his agenda. Risking having him potentially elected versus a more mainstream Republican is playing with fire.

I agree. But I think if they pick juuust the right candidate, the play can work - it would be like shooting fish in a barrel. But if it does not work for some reason, then it would be an unmitigated disaster.

I will note that Mastriano does not have solid support from his own party, so he’s already swimming upstream. If this ploy works enough of the time, perhaps the GOP will stop advancing candidates from the nutty wing of their party.

I’m not too happy about this. I just recall that back in 2016 there was a lot of Liberals who thought of voting for Trump in the Republican primary because it would be easy for Hillary to beat him, and we all saw how well that turned out. Also I don’t think we want to encourage the crazies. Even if we do defeat them in the general, it still moves the Overton window in their direction which is bad for everyone.

Disgraced former MO Governor Eric Greitens is running for the Senate seat that is opening up. He’s the one with the “hunting RINOs” campaign ad that came out a month or so ago.

Greitens is just one of 21 Republican candidates for the open Senate seat. In terms of extremeness and unbelievability, he’s actually on the “sane and reasonable” end of the spectrum.

Oh, yes. It worked for Claire McCaskill, after all. The MAGAts are even crazier now, though, than they were then. I’m really, really hoping this doesn’t backfire in a spectacular fashion.

McCaskill was not only smart, but lucky. Her Republican opponent turned out to be even more over the top than she could have hoped for, and the establishment Republicans turned their backs on him. Even at that, he got 47% of the vote.

And she was ousted the next time she had to face the voters by . . . Josh Hawley.

To be fair, ALL the GOP candidates were pretty extreme. There was no moderate to choose, even assuming the MAGAts in Pennsyltucky had been willing to choose a moderate.

He’s good at hiding his extremes under his utter whitebread blandness.

It used to be fun to go through the voter’s pamphlet and find the occasional far right nutjob that didn’t have a chance in hell of getting elected.
Not so much fun nowadays.

A very minor election, and technically non-partisan (no party affiliation on ballot), but our old friend ex-Sheriff Joe Arpaio is running for mayor in my town of Fountain Hills, AZ. The election is on the primary ballot, so is tomorrow rather than in November.

Why this guy can’t just go away is beyond me. He lost re-election as sheriff, lost the primary when he ran for sheriff again, tried to run for Senate and lost in the primary again. I think he is doing it just to piss me off.

What’s even keeping him alive? Isn’t he something like eleventy-thousand years old?

I mentioned this in another thread, but it’s one thing to try to play spoiler in the other party’s primary

It stinks, and is why I oppose open primaries and despise the primary system in general.

It stinks, and is why I oppose open primaries and despise the primary system in general.

The kind of hijinks that Democrats have been up to in Republican primaries have nothing to do with open primaries. Their MO is to run ads tagging their preferred candidate as “too conservative for [state]” – knowing that it will make that candidate more attractive to Republican primary voters.

As for despising the primary system in general – what’s your alternative method for selecting candidates?