Who Named The Album Titles We Love?

I’ve read SO many stories, interviews or otherwise, but I have no idea who named the albums. Initial guess it probably the main lyricist, but I don’t know for sure. I’m sure it’s probably mutually agreed upon by the band-mates, the label, etc., but if you know, please list the story (and if you have, an interview, video, audio)

I imagine every album has a different story. There’s no standard way that albums get their titles. In one example, the Grateful Dead wanted the title of their seventh album to be “Skull Fuck”, but the record label refused, saying stores would boycott it, so it was published without a title.

Who Named The Album Titles We Love

Yes! They did. Who’s Next, Who are You, Quadraphenia…

That would be Close to the Edge, Tales from Topographic Oceans, …

Guess Who wrote American Woman and Share the Land.

Wilco makes up their own album titles, and it’s hard work! 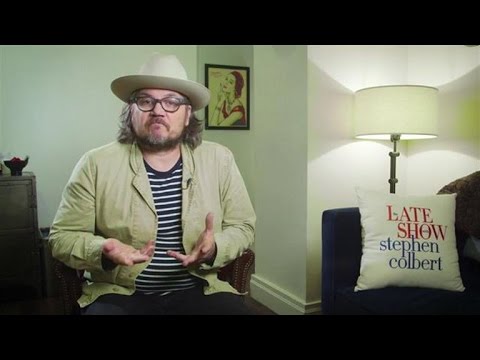 There is a different story for each album. Probably the most common is the artist’s name (Peter Gabriel loved that) or the name of a song (e.g., Hotel California, Low Budget, Green River, Inna-Gadda-da-Vida, etc.)

Some are serendipity. Someone asked Roger McGuinn what their next album would be called, he said, “It’s untitled” (meaning “at the moment”), but it was released as (untitled). Cream’s final album was Goodbye while Traffic had Last Exit (though they re-formed and continued).

Right. And Music from the Big Pink was from the band… the band with Robbie Robertson, Levon Helm and those other dudes.

In the United States, the album was released in March 1972 as No Answer, after a misunderstood telephone message made by a United Artists Records executive asking about the album name; the caller, having failed to reach the ELO contact, wrote down “no answer” in his notes, and this was misconstrued to be the name of the album.

An error which was never remedied in their U.S. catalog; 49 years later, it’s still labeled “No Answer” here in the States.

Speaking of ELO: their 1983 album Secret Messages got its name from the fact that, in the early 1980s, some conservative Christians were accusing rock bands of hiding subliminal, backwards-tracked Satanic messages in their songs, which led to Congressional hearings on the topic.

ELO had, on several earlier albums, intentionally placed backwards vocal tracks in their songs, which led to proposals of warning labels that would be placed on those albums. Jeff Lynne poked fun at the entire thing, by intentionally naming the album after the controversy, and filing it with backwards tracks.

Huh, so had nada to do with a certain former British PM. Coulda fooled me.

In 1976, Marvin Gaye fell so far behind on alimony payments to his ex-wife that a warrant was put out for his arrest. His attorney suggested that he give her half of the royalties from his upcoming album.

He named the album “Here, My Dear.”

Huh, so had nada to do with a certain former British PM. Coulda fooled me.

Oh, there was a connection – it was a malapropism and the speaker (Mick Turner, one of their roadies) clearly substituted the PM’s name for the correct term.

Music from the Big Pink

From wiki:
The Band began to create their distinctive sound during 1967 when they improvised and recorded with Bob Dylan a huge number of cover songs and original Dylan material in the basement of a pink house in West Saugerties, New York, located at 56 Parnassus Lane (formerly 2188 Stoll Road). The house was built by Ottmar Gramms, who bought the land in 1952. The house was newly built when Rick Danko found it as a rental. Danko moved in along with Garth Hudson and Richard Manuel in February 1967. The house became known locally as “Big Pink” for its pink siding. The house was subsequently sold by Gramms in 1977, and since 1998, it has been a private residence.[3]

XTC wanted to name their fourth studio album Working Under Pressure as a not-so-subtle critique of how hard their manager was working them. Said manager was not amused and told the band to come up with another title. They chose Black Sea because it matched the album photo the band had already taken, in which they are all wearing vintage diving gear.