Why are less points earned in the NHL the last 20-25 years?

I am aware that Wayne Gretzky is from another planet and his point totals were insane. Lemieux as well, to a certain extent.

However, check this list for point totals in a season

What’s up with the less points being scored? Are goalies way better now?

*I think a few down at the bottom(around 100) actually are, but very few.

Coincidentally enough, that very question came up in a different conversation and I still have this link floating about, which I’m happy to share with you:

Hockey Has a Gigantic-Goalie Problem

Never before in the NHL’s history has a tail so wagged the dog.

In addition, the “neutral zone trap” defense, which slows down offenses, became prevalent in the late '90s, and although the NHL has made several rule changes to limit its effectiveness, it’s apparently still a thing. 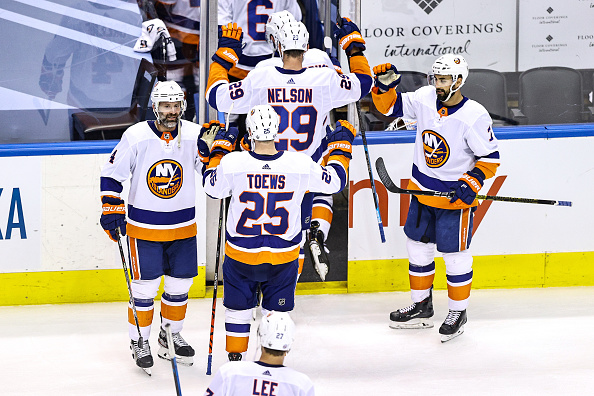 Chalk Talk: Like It Or Not Neutral Zone Trap Still Exists

For years fans and pundits have complained about the neutral zone trap in hockey. But whether we like or not it still exists in the game today.

Yeah, goalie pads have gotten larger. Also, rule changes have slowed the game down and made it more defensive.

In 1991 a new rule increased the size of the crease in front of the net, and new penalties were added for crease infringement and goaltender interference. That had the effect of lowering scoring. For example, a goal was now disallowed if an opposing player had even one foot or a stick in the crease. Many goals used to be scored out of scrums in front of the net. But lots of goalies got injured, too.

Later changes to the two line pass rule, the size of the neutral zone and other zones led teams to adopt ‘the trap’, which made the game less freewheeling.

Plus, the goalies look like the Sta-Puft Marshmallow man.

So it seems the goalie/crease changes in 1991 may have had a big effect, but scores were declining anyway at that point.

I think, in addition to rule/equipment changes, and far better standard goalie play, also the game has overall advanced (with international players and more advanced coaching at the NHL and lower levels), so defenders miss fewer assignments, forwards defend better, etc. In addition to just better defensive play overall, a more advanced game means there’s less of a gap between the best and worst defenders (and best and worst goalkeepers) so forwards have fewer overall weak spots to pick on. And there’s less of a gap between the worst and best forwards, so there will be fewer record-setting goal scorers (even if overall goals scored remained constant).

Plus, another cultural/rules change is that there are now fewer third/fourth line enforcers who weren’t expected to score or defend well, so there are fewer weak defenders to take advantage of and more strong forwards to spread scoring among.