Why did my microwave try to go all three-mile island on me?

We were making dinner last night. The microwave was not being used, but my sister wanted to use the timer on it. The timer isn’t working, she says. I love when this kind of stuff happens on a Sunday night. The clock is off and it isn’t doing anything. The light doesn’t come on when the door opens. It’s dead. Except that it isn’t dead. It’s hot. It’s heating up. It’s hot inside the oven. Yikes, :eek: I say, and pull the plug. Somehow it was pulling in power even though it was turned off, and if we hadn’t noticed when we did, it surely would have caught fire during the night. It’s headed to the place where naughty e-waste appliances are recycled, but i have to wonder: What the heck was going on?

Can you elaborate on “hot inside the oven”?

The magnetron had gone critical. Usually indicates presence of aliens.

My first guess would be that someone rigged it in an effort to assassinate you. Probably the Ruskies.

MAGNETRON - HOW IT WORKS

MAGNETRON - HOW IT WORKS

That’s not a particularly accurate video.

In a magnetron, electrons go from the rod at the center out to the surrounding cylinder. However, because of the presence of the magnetic field (created from the magnetron’s magnets) the electrons don’t just go in a straight line. Instead, they curve around, following the field lines, which causes them to pass over the resonant cavities in the cylinder. This ends up working kinda the same way that you can make sound by blowing over a bottle, except that instead of blowing air over a bottle to create sound waves you are moving electrons over a cavity to create radio waves. The end result is that you get a resonant wave at the microwave’s operating frequency (2.4 GHz).

This radio wave goes through the waveguide and into the chamber, where it is absorbed by your food. The video again is inaccurate, saying that the goal is to vibrate the water molecules in the food to create heat. While water molecules do vibrate and make heat, the radio waves in your microwave are not limited to acting on water. A lot of other materials like fats and sugars will also vibrate and make heat. It is a common misconception that it is only the water in food that makes heat.

Have you miraculously survived a fatal accident recently? 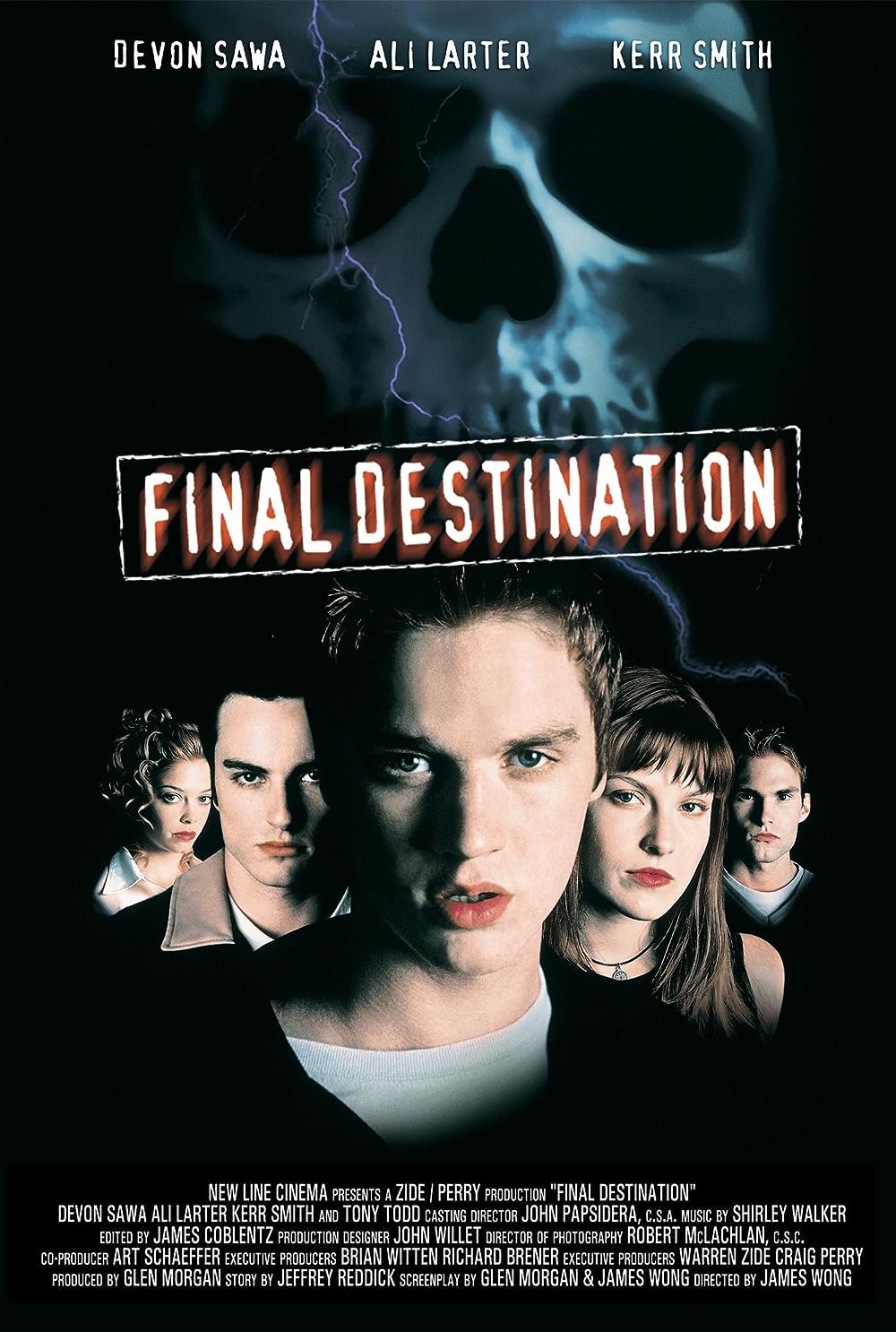 Final Destination: Directed by James Wong. With Devon Sawa, Ali Larter, Kerr Smith, Kristen Cloke. Alex Browning is among a group of high school students readying themselves for a trip to Europe. When he suddenly has a premonition their airplane will...

The secondary that operates the magnetron must not have been running as the light, fans, and noise of the transformer were not evident to you. Fires in the box while in cooking mode usually involve overcooking fatty food that provides a fuel source. When a short occurs in the primary circuit, the temperature can still rise enough to melt wires (105 degrees+) and provide a small source of fuel. And if the microwave has cooked tons of bacon over the years, there may be enough to fuel an actual fire. I would say the most common form of home damage from microwaves is from overcooking with plastic containers inside. The plastic melts and the fans spew carbon laden specs throughout the home. The remediation cost is similar to a regular home fire in some cases.

I get all the different things that can happen when you’re using it and the power is on. I just got kind of creeped out that it can start activating itself when there shouldn’t be any power moving inside the machine at all. The magnetron has a stored charge like a TV, right - poke around the back of an unplugged one and you’ll still get zapped. But if no buttons are being pushed or rotating parts are causing stress on various connections, it shouldn’t just start getting the crazy.

Can you elaborate on “hot inside the oven”?

The whole thing was just hot. Hot to touch on the door panel, hot inside the cooking chamber. Not too hot to touch, but uncomfortably warm.
Anyway, it’s dead now. Got a new Panasonic to replace it.

I was hoping for a bit more info to go on. Did you smell smoke?

Since the whole thing was warm and the buttons and lights weren’t working, my first suspicions are that either the control circuit broke or the power supply broke (or both). The heat may have come from the magnetron being powered when it shouldn’t have been, though if the microwave was “off” and you weren’t hearing any cooling fans going I would have expected something to catch fire pretty quickly. Something in either the control circuit or the power supply could have failed short, which could also account for the heat. In the case of a short, you probably would have smelled smoke.

The stored charge in a magnetron won’t create that much heat. You definitely had something else going on.

The microwave was not being used, but my sister wanted to use the timer on it.

Do you mean 'set the microwave control to x time and turn it on, even though you don’t put anything inside it to cook?
If so, that is a bad idea.

My microwave has a “kitchen timer” feature.