Why do cashiers have to stand?

This has been weighing on my mind for some time now.

As I get older, my back isn’t what it used to be. Standing for any prolonged period is painful. Mind you, I have no problems walking around a golf course, but standing stationary is not good.

No matter what store I go to, the cashiers are forced to stand. This has got to be tortuous and there’s no reason for it. Providing a stool for the cashiers would make zero difference to me, as a consumer.

So, why? Why do employers force cashiers to stand for endless hours at a time? Googling around, I see I’m not the first person to ask this question, and it appears that this is strictly an American (and Canadian too) thing. It appears that in Europe cashiers are in fact allowed to sit.

Why force cashiers to stand for their entire shift?

Because buying stools for all of them would be an additional expense?

As difficult as standing is for cashiers, sitting would likely be worse.

Cashiers tend to be young so backaches are less of a problem for them.

You and I may not care but apparently, it makes a difference in perception. Perhaps seated cashiers look less on-point than standing ones.

Providing a stool for the cashiers would make zero difference to me, as a consumer.

The geniuses who make the rules disagree. I worked at a place that was pretty dead during the non-prime shopping times and we’d get bitched out if we leaned against the counter while waiting for customers to arrive. Just the chance that a customer would walk in and see one of us leaning against the back counter or wall was unthinkable to upper management.

Looking like your leaning and sitting in a company provided chair (like a receptionist) are different things.

Having worked as a cashier at a grocery store I know the job involves a lot of moving, turning, reaching etc. if I had been in a tall chair, I’d have been jumping in and out if it all day, just trying to move everything along in doing my job. I don’t think it would be practical or really that helpful in relieving any back strain.

Aldi has their cashiers sitting (at least in KS and MO) - presumably brought over from their European operations. They don’t bag, but do move the purchases from the belt into a cart.

Some of the Walmart cashiers sit on high stools, but then they have to get up every whipstitch to bag the items and that involves standing again.

If they laid on the floor behind their checkouts it would create chaos.

I am sure it’s as stated above, so they don’t look like they are being “lazy” on the job. Personally, I’ve seen some older people, usually female , but hey either way it doesn’t matter, that I’d love to be able to hand a stool to and tell them to take a break off their feet.

As long as they get up to check me out and do their jobs, I think it’s crazy to not provide some relief off the feet. I used to work at a job sanding guitars all day and I would have loved to have had the chance to sit occasionally. I don’t think it would have hurt my performance. Really.

I’ve occasionally seen disabled cashiers sitting on stools and the like. As noted, Aldi has seated cashiers. Then again, their cashiers don’t sit all day, they’re also the people who stock shelves and do other things around the store. The jobs at Aldi aren’t as narrowly defined as at a traditional large grocery store.

I think a lot of it is perception and custom.

It’s harder on the shoulders and arms to work sitting down when you spend the time moving items in one direction only. When I worked in jobs with repetitive motions, I found it far easier to stand than sit. I’d rather have aching feet than achy shoulders, elbows, and neck.

I was a cashier for 6 years years and found that you can work faster and more efficiently while standing, which makes a big enough difference during busy periods that I can see why management mandated that we stand.

Speaking solely about the northeast US, there is also the impression created by cashiers sitting/leaning that they’re not enthused about working or willing to start working if they’re currently idle. I’m not saying this impression is correct, but managers certainly form this impression and some customers do as well.

Most supermarket cashier stands that I’ve seen are too small to accommodate a chair/stool AND have room to push that stool to the side when the cashier needs to stand and work. Cashiers actually do quite a bit of moving around their little 2x2 cubby.

Remembering how tired my feet and legs would be after standing for a long shift, I would have loved to have something to rest on when things were slow. Perhaps design a cashier cubby that included a pull-out shelf-seat you could sit or lean on when things were slow and you couldn’t leave your station, but that can be tucked away completely when you were busy.

Cashiers in our local hospital cafeteria sit on high stools. Perhaps cashiers who don’t need to touch the product can get away with it.

Supermarket cashiers use to stand over here, too. Then, a few years ago, they passed a law allowing rhem to sit. Now they all sit on swivelling desk chairs. They quality of their work doesn’t seem to have been impacted.

There was a Seinfeld episode about this. George bought a chair for a security guard so he wouldn’t have to stand all day. The store got robbed and the camera pans to show the guard sleeping in his new chair. 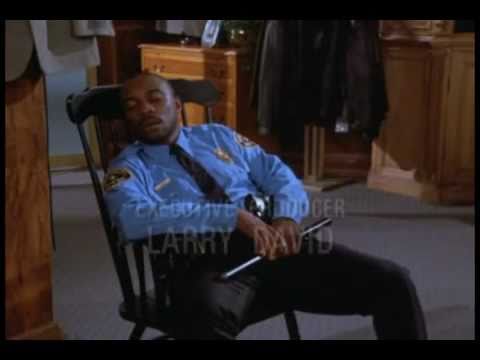 No matter what store I go to, the cashiers are forced to stand. This has got to be tortuous

By the way, I don’t think that’s really the word you want.

tor·tu·ous adjective
: having many twists and turns
: complicated, long, and confusing

It does have many twists and turns. Like mentioned above, you have to be able to reach and move and lift and turn and twist when you’re a cashier. It does depend on what the items are and how much you have to handle them. The way the counter is set up makes a difference, too.

I prefer standing. It can be tough on my feet, but it’s mostly healthier. When I got a sitting job, I gained ten pounds inside a year.

Torturous was the word then, I guess. Apologies.

adj.
pertaining to, involving, or causing torture or suffering.

Because they haven’t learned to levitate of course.

Here in Peru all cashiers at grocery stores have high stools., both baggers and non-baggers. The usually stand when actually working, because it’s easier, but I’m paying for a soda and a chocolate bar, then they’d be sitting.

Unless it’s a tiny shop (a mom-and-pop type) I haven’t seen a stoolless cashier.