Why do security camera images suck?

I am always amazed at how poor the quality is on these so called “security cameras.” I have seen some pictures recently taken from a bank surveillance camera of a person they are trying to catch, and the picture is so awful you wouldn’t be able to tell if the person was standing right in front of you. Decent cameras are not expensive anymore, and are easy to conceal. Why are they all still using such crappy equipment? You would think if they were serious about catching bad guys, they would use equipment that wasn’t laughable.

Are companies just too cheap to buy decent equipment, or is there another reason that I am completely missing?

Are companies just too cheap to buy decent equipment, or is there another reason that I am completely missing?

You are seeing the equipment of the lowest bidder

In a nutshell, many many businesses when presented with half a dozen bids for a camera system take one look at the guy charging $10K for the good stuff and immediately toss it in favor of the guy bidding $3K for crap. So everyone uses the crap hoping to win a bid and find a way to upgrade later if needed.

Surveillance cameras don’t have to have very decent frame rates to be useful. 1 or 2 frames a second would be sufficient for most applications. You can also use motion-detection software to make it ignore still scenes and only save to tape stuff that had action in it. You can even shrink the image to a box that contains only the moving areas. Many surveillance cameras are also only in monochrome.

Because for every security camera that catches something significant, there are hundreds, maybe even thousands whose images essentially go unused. It’s a cost/benefit kinda thing. You can get decent quality for decent money, but multiplying it by the number of security cameras most places have and you’re still talking about a significant difference in cost. And factoring in the chance that they’ll never even fruitful is one reason lots of places just opt for the cheapest system.

We got a security system with four cameras, two of them infrared, with a DVR for I think $600. Of course, we don’t need as many cameras as a business does, and we never caught the punks who broke the window, but it’s a very nice system and you could definitely identify a perp with it.

Surveillance cameras don’t have to have very decent frame rates to be useful. 1 or 2 frames a second would be sufficient for most applications.

and only save to tape stuff that had action in it.

Making decisions will cost you money. If it’s a CSI bank robbery, the security guard will always delete the footage.

You can even shrink the image to a box that contains only the moving areas.

At the end of the day, the chances of a bank being robbed are very, very small. They carry insurance any way. The discount for having a top flight HD recording suite vs. Joe’s Discount Camera is probably pretty small.

At the end of the day, the chances of a bank being robbed are very, very small. They carry insurance any way. The discount for having a top flight HD recording suite vs. Joe’s Discount Camera is probably pretty small.

Actually, software to record at a non-standard frame rate, analyze it for movement, crop it, and optionally choose to record it permanently is perfectly reasonable to create and sell for even $20. I’m sure I could find an open source library for dealing with video streams on the internet and make just such a package over a week or two. It’s the GUI that takes time to create, but even that’s hardly a major chore.

We have software which does all of that at the building I live in, minus the cropping part, and we do indeed have the low quality cameras all about.

As far as the store is concerned the cameras are there as deterrents and even an ancient boxy camera that’s not hooked up to anything would accomplish this.

Also, it should be noted that most places aren’t going to have that much of an incentive to see that robbers get caught beyond it detering others. In the case of banks, everything is insured and I think it’s fair to say that even in the case of an uninsured convienience store unless the perp gets caught in a matter of hours, it’s not very likely they’re going to get their money back anyways.

At work I have dealt with plenty of security cameras. Many stores still use a tape system because they are cheap. The quality is poor. Those that switch to a digital system usually have pretty good quality pictures.

I work on the (digital) system where I work. The video on the monitors is actually pretty good. The recordings (again, digital) not so great. There’s a trade-off between frame rate and image quality.
I know little about the technical stuff. I mostly troubleshoot and swap equipment. Repair work gets farmed out.
But I am a genius.

When I worked at a retail distribution center…

Somewhere along the lines of 64 different cameras.
24 hours at a time.
On ONE VCR tape.

No kidding it was crappy quality. One time we were reviewing the tape because a guy got his hand caught in the conveyer and mangled his hand, about 100 feet from a camera. The quality was such that all we could determine was “well, this black pixel here might be him”.

When I went to work for the small university, we had a DVR system with much higher quality, but still not the best.

It’s often not the cameras that are at fault, but the tape.

When I managed an apartment, we had four security cameras that recorded onto one VHS tape. It only captured a frame or two per second to save space. When it hit the end of the tape, it rewound and recorded over the old stuff.

What I learned - the hard way, after there was a break in - is that you have to buy a new tape a couple of times a month to get any kind of usable picture. The emulsion on the VHS tape breaks down every time it gets used. Nobody told me that when I took the job, so the tape had been in there for eight months. The cops said we weren’t alone - most people change out the tape far less frequently than they should.

But… what did we actually record? A guy with his hoodie pulled over his face, taping a piece of paper over the camera. So it’s not like the system could have identified anyone even if it had been a good picture.

The system was really just there to make tenants feel safe.

Until recently, those little pinhole CCD cameras were typically 1/4 standard resolution about 250x320 or so. Plus, nobody bothered to focus them sometimes. And lighting sucks or changes, and nobody adjusts contrast.

VHS Tape smears everything. If you are using DVR, then the MPEG encoding may compromise quality for recording duration, and sample down even further too.

I have seen systems that use motion sensing to stop recording if nothing changes. I was told (by someone selling expensive top-end systems) that a recording with a gap in it would have difficulty standing up in court for some situations. (Theirs slowed to 1 frame/sec during inactivity). If you want to show “he was the only one through that door” having a big hole in the recording means you can’t prove anything.

Plus, even with inactivity dropped out and 320x250, the one system would record about 20 days of 8 cameras on an 80GB hard disk. That was a BIG disk 5 years ago. How often do camera systems get updated? 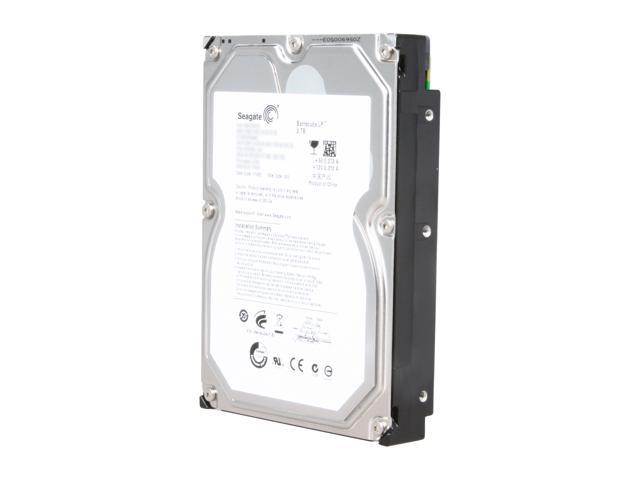 This is pretty much the issue. My business has a DVR recorder with 8 cameras hooked up to it. I can adjust the framerate quality upwards, but for every increment of improvement, there’s less storage capacity in terms of how many days’ worth of footage you can keep before it is overwritten. For some applications, long term storage is important.

For us, as a carwash, we use our security cameras more as a deterrent against fraudulent damage claims than anything else. We set ours to keep about a month’s worth of data before it falls off.

It is ever so gratifying to snub a would-be fraudster trying to get us to fix their car for free by claiming damage occurred at our location by showing them a clear image of said damage culled from our DVR that shows the damage present prior to their entering our wash process. Oh so gratifying. Especially after being called every name in the book, being told you’re a liar, how we don’t take care of our customers, etc…

Previous thread on topic with info from pros and links to prior threads: http://boards.straightdope.com/sdmb/showthread.php?t=499989

The poor image quality is actually a symptom of an overabundance of detail being un-enhanced and zoomed out. Rest assured, the proper authorities are staffed with those who know the secrets of Windows Movie Maker.

Can you put pictures in here?

how is the power supply to the video cameras done? Do they have batteries of some kind just in case, or can you just shut down the electricity to the business and vicinity before attack and then proceed with the burglary without being monitored?