Will all 357 magnum revolvers also fire 38 special rounds, or do you need a 357 that explicitly say this?

Anyone know if all 357 magnums will fire 38 specials, or only some?

This is something to consider when looking to buy a .357 snubby or compact. A lot of people don’t care for the increased recoil the .357 produces and opt to load .38 cartridges instead. This can be true of full size revolvers as well.

.357 and .38 are the same bore size measured at different points in the bore.

Yes (with qualifications). Any revolver chambered in .357 S&W Magnum will also fire a .38 S&W Special because the former is just the latter with the case extended 0.100 inch. This isn’t even done specifically to create more cartridge case capacity for propellants but rather to prevent .357 Magnum rounds from being chambered in a .38 Special. I believe you can also fire .38 Special in all lever action repeating rifles (using blunt nosed cartridges, of course). However, you cannot (reliably) fire .38 Special in the small variety of semi-automatic pistols chambered for the .357 Magnum due to feed issues from the magazine, but at least on the IMI Desert Eagle you could load them directly into the chamber (not advised but possible).

Be advised that firing a large number of .38 Special rounds in a .357 Magnum revolver will result in fouling of the chambers and will eventually prevent you from being able to load .357 Magnum cartridges without clearing the fouling. There is also some theoretical loss of performance due to increased expansion volume but I don’t know that it is really that significant enough that you could discern it from round to round variability without running statistics on a large number of rounds.

The .38 Special and .357 Magnum both use a .357 inch diameter bullet; the .38 refers to the diameter of the cartridge. Because older .38 caliber chamberings used heeled bullets, they were actually .38 inch in diameter, but the .38 Special is a non-heeled bullet that fits the inner diameter of the case. Similarly, the .44 Magnum and .44 Special bullets are actually .429 inches in diameter.

The same thing does not happen with 9mm/.380 ammo. Though the .380 bullet is basically a 9mm the shorter shell has variances that makes it not compatible to shoot in a 9mm pistol or revolver (yes, 9mm revolvers exist). I have seen people do it but it can be very unsafe and no manufacturer would recommend it.

There was a revolver called the Medusa that was specifically made to fire all 4 calibers (9, 380, 38, 357). It was a survivalist weapon and very well made but did not catch on.

Addendum: I’m going from memory and can’t find a reference offhand, but as I recall the Dan Wesson Arms .357 Magnum had a caution against firing .38 Special rounds specifically because of the fouling issue with its removable barrel system. It wasn’t a functional problem with firing the round but just that it would cause residue to build up that could prevent being able to correctly install a barrel. I’ve never owned a Dan Wesson revolver or read the owner’s manual so this may have just been an urban legend but I recall seeing it in print multiple times. 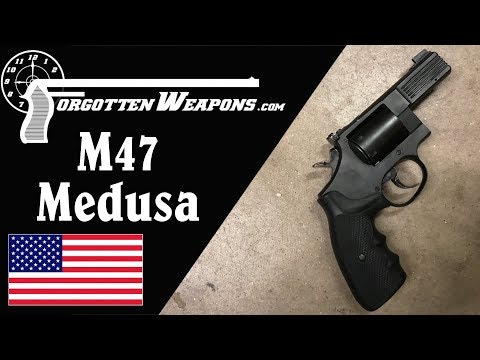 The same thing does not happen with 9mm/.380 ammo. Though the .380 bullet is basically a 9mm the shorter shell has variances that makes it not compatible to shoot in a 9mm pistol or revolver (yes, 9mm revolvers exist). I have seen people do it but it can be very unsafe and no manufacturer would recommend it.

The 9mm Parabellum (a.k.a. 9mm NATO, 9x19mm, et cetera) and the .380 ACP (a.k.a. 9mm Kurz, 9x17mm, et cetera) both use a .355 inch diameter bullet but the 9mm Para has a taper-walled case whereas the .380 ACP is a straight-walled case. Both headspace off of the mouth so the .380 ACP, as noted, will not fire reliably. Given the relatively low pressure of the .380 ACP I doubt it would actually damage a modern high quality pistol (no guarantees with a Hi-Point even when firing the correct round) but accuracy, extraction, and feeding would all be seriously degraded. Also of note is the Russian 9mm Makarov (9x18mm) which has a bullet diameter of .365 inch and a correspondingly larger diameter case, so even if you could force it into a pistol chambered for 9mm Para you would have a high risk of overpressure and catastrophic failure. There are a variety of other 9mm pistol cartridges out there but most are too long to fit into a 9mm Para pistol.

As for the Medusa, you can actually load cartridges with down to a .32 caliber bullet. Note I say “load” rather than “fire” because whether they will actually ignite is a question:

The Phillips & Rodgers M47 Medusa is a mechanically very interesting firearm; a revolver that can chamber basically any cartridge with a 9mm bullet diameter and an overall length no longer than…

“That actually wasn’t quite as terrible as I was expecting.”

Personally, in the wasteland after the war of 2077, I want no less than a 10mm submachine gun, and preferably ‘That Gun’, but to each his or her own.

It shoots all that? Imagine. Of course this all may well be a moot point.

Rumor Has It: that there is an “ammo shortage” in America (like there was a hand santizer shortage and a TP shortage last spring). The shops are emptied as soon as the trucks arrive by Jethros who stand in line like it’s a mission serving soup. Hear/tell they grab/buy everything on every shelf, like locusts, and they store it in attics, basements, sheds, and storage units… selling them off at double/triple, quadruple the price on auction sites.

The “on line” price of the cheapest 357 round according to comparison apps is very close to $2 a round (bullet) making it over $100 for a box of (50) plus shipping/handling.
In a month, it may well be cheaper to send a solid gold bullet down range (and to sew a third nipple on your chest) Scaramanga style than to spend a full day at any range shooting.

I’m sure they’re all pretty collecting dust over a fireplace though.

And though 9x18 (Makarov) is in between 9x17 and 9x19, it is actually a bigger diameter bullet. Something to think of in an ammo shortage when you grab the first thing that has a 9 on it.

The most extreme example: revolvers in .460 Smith & Wesson can shoot (in order from longest to shortest): .460 S&W, .455 Casull, .45 (Long) Colt, and .45 Schofield. But that last one you might as well sell to someone who actually has something chambered in Schofield.

Rumor Has It: that there is an “ammo shortage” in America (like there was a hand santizer shortage and a TP shortage last spring). The shops are emptied as soon as the trucks arrive by Jethros who stand in line like it’s a mission serving soup. Hear/tell they grab/buy everything on every shelf, like locusts, and they store it in attics, basements, sheds, and storage units… selling them off at double/triple, quadruple the price on auction sites.

Biden and Harris may take the mantle as “Most Successful Salesperson for the Firearms Industry” from former President Obama. After four years of slumping sales and the bankruptcy of the NRA, I fulled expect to see a full economic recovery of the industry under this administration. There is nothing like claiming that “Liberals are going to take all of your guns and ammo!” to seed fear, uncertainty, and doubt. Meanwhile, reloaders are looking at their inventories of powder, bullets, and primers, and thinking, “Yeah, I have enough here for a few years.”

Personally, I hope that the gougers get stuck with them.

The only ammo you could find was hunting rounds (30-06, 308, birdshot, etc) and sometimes 22. Anything for self defense was gone.

And this was in 2020 back when Trump was president. Also I think gun sales did find under Trump because leftists felt they needed to defend themselves against the right of the far right.

I don’t get it, how much ammo do these people need? If texas taught them anything, what they really need are solar panels, access to well water, tools to survive weather extremes and food storage kits. Guns and ammos won’t save you when the power goes out.

The ammo shortage is multiple times worse than when Obama got elected. None of my distributors have any. All .223 and handgun rounds are back ordered over a year. 12 gauge target loads are plentiful. My sisters brother-in-law works for Federal up in Minnesota. I guess they are running day and night with double shifts.

Getting back to the OP about revolvers taking multiple calibers. A couple of years ago I received an information card from (if memory serves Charter Arms) announcing a mid-sized revolver that could take both 9mm and .380. It had a special extraction rod so it could be loaded with or without moon clips.

As far as I know the model never came out and I have heard nothing more about it.

I’m assuming we can tell anecdotes now, but I remember the SomethingAwful Gun subforum had a topic that was exclusively making fun of the people back during the Obama years ammo shortages (around 2012 or so) where people were buying up a tons of ammo from their local shops and trying to resell them on CraigsList for literally 5x or 10x the MSRP. Guys who had 100 round bricks of .22lr were practically expecting close to $1 a bullet when they bought it for only $10. Luckily they never had any takers, though one enterprising man was a recurring segment as he had a 100 round brick .22lr and was offering for it in trade for a .22lr pistol or rifle for several months. Finally some random shmuck took him up on the offer, and the .22lr pistol he now had suddenly went up on CraigsList as an offer for a trade for an AR-15 style rifle “or similar”.

I’ve been out of the firearms hobby for a bunch of years. So take this as a recollection looking for confirmation, not a firm statement of fact.

.38 Special ammo is available in +P and now ++P higher pressure versions. Older pistols chambered for .38 Special may be overpressured when firing +P & ++P ammo. Modern .38 Specials won’t have a problem with ++P.

Anyone care to corroborate or debunk?

Well, in some states, the private sale of ammo is completely illegal, while in others you need to have lots of licenses and insurance verifications to legally sell/transfer ammo.

In 2021, many people choose to make private sales in police stations and police parking lots to maintain safety. I look forward to every single local, state, and federal felony bust made of ‘gougers’.