Will Russia go nuclear if they lose the conventional war?

With the sinking of a Russian cargo / transport ship, and the gains made by Ukraine around Kyiv, it feels like the war has possibly reached a turning point in Ukraine’s favor. Let’s assume this is the case, and over the next few months Russia loses the ground it has taken inside Ukraine. Would this trigger a nuclear attack by Putin? I’ll lay out some specific scenarios to consider.

Obviously none of us know what Putin is actually thinking, but of course we can speculate. What scenarios would potentially trigger a nuclear response, and would that be limited to Ukraine or a MAD scenario?

Putin might as he doesn’t have a good end game here. I would think by #4 or #5 the odds go up a lot.

But as things stand, the other powerful people of Russia will probably want this over, blame all on Putin and try to resume normal relations with the world.

No one knows the answer, but there are currently two discussions going on about the matter. At the NATO meeting in Brussels, response options are being discussed in the event that Putin tries to use chemical, biological, or tactical nuclear weapons. Red lines are being drawn, though they might not be publicized. Meanwhile in Washington, a group under the NSA called Tiger Team is meeting regularly to plan US-specific response options in the event of escalation.

While I believe Putin is a completely unhinged madman, I’d like to think that there are sufficient safeguards in place, including within the Russian chain of command, to at least prevent global escalation. It’s at least probable that if Putin crosses a major red line in flouting international law, he’d be the architect of his own demise.

I think, in terms of how the war will go itself, is that this could drag on for months in its current configuration and IMHO the question is when will Putin snap or lose patience (or whatever he’ll do in his mental state spectrum), and what will he do then.

Not to threadshit or avoid your question but I believe that he is so off the rails and unpredictable that he could use tactical nukes tomorrow or he could shoot himself next Monday afternoon. This is what makes this thing so frightening.

Not to threadshit or avoid your question but I believe that he is so off the rails and unpredictable that he could use tactical nukes tomorrow or he could shoot himself next Monday afternoon. This is what makes this thing so frightening.

I don’t see that as threadshitting at all. It’s just a view with some different trigger points than those I laid out. I certainly didn’t intend to limit the discussion to just those specific scenarios. Thank you for the reply! Agreed that this whole situation is frightening.

I’m hoping his threats of nuclear force are nothing more than “saber rattling”. After all, the Ukraine is right next to Russia, and the radioactivity might very well drift over his own nation. With a megalomaniac like Putin, however, logic might not play into it at all. His ego may very well find defeat intolerable.

After all, the Ukraine is right next to Russia, and the radioactivity might very well drift over his own nation. With a megalomaniac like Putin, however, logic might not play into it at all.

Oh, that’s not problem. He will just say it was the Ukrainians themselves, or NATO, who dropped them.

And sadly there would be no lack of commenters, influencers, and institutions in Russia who would back him up. Anyone else is lying because they’re corrupt outsiders who hate Holy Russia.

I would venture a guess that Russia’s first nuclear move won’t be an actual strike to kill many thousands of people, but rather, a demonstration detonation somewhere like in the Black Sea near Odessa, or in a relatively empty region of Ukraine. Something to say “Hey we’re THIS serious.”

I’m not seeing how a tactical nuclear weapon would be particularly useful for Putin. Militarily, they’d be most useful in attacking troop concentrations, like say if the Ukrainians massed for some kind of large scale armored counterattack.

They’re not really fighting that sort of war from what I can tell, so it’s unlikely that at least from a military perspective that they’d use tactical nuclear weapons.

But IMO, the main use would be more as a terror weapon to kill a whole bunch of civilians and try to cow the West and/or Ukrainian government into acceding to their demands, out of fear that they’ll do it again. For that, a tactical nuke could be very effective if they did the right kind of blast (surface burst), and upwind of a metropolitan area by the right amount in order to maximize the fallout. Similarly, chemical weapons would be useful for indiscriminate killing of civilians.

The question would be at that point, what does the US and West do? Is it worth strategic-level nuclear war to respond in kind? I wouldn’t think so. I’d think that regardless of what happens, the West stays its course- we shouldn’t back down, but nor should we escalate, unless a NATO country is attacked directly and intentionally. Escalation is just a bad choice; Putin seems macho enough to take that sort of challenge seriously and engage in tit-for-tat escalation of his own.

Better to stay the course, and leave any escalation to the Russians in my opinion. I also think that if he crossed that WMD line just for the sake of terrorizing the Ukrainians and risking the West’s military wrath, he’d be facing a LOT of internal opposition.

What scenarios would potentially trigger a nuclear response

A nuclear ‘response’ would require the presence of suitable targets. Targets whose destruction would remove Ukraine’s will or ability to fight. Since Russia is an occupier facing small, well dispersed groups, such targets do not exist. Nuclear weapons would not alter the balance of power.

Obviously nobody save Putin can know what’s going on his mind, but my prediction is absolutely not. I think any attempt to go nuclear would immediately cause a coup. The Russian army is bought and paid for by the oligarchs. I’m very sure they own a couple of generals that have been told “If Putin ever decides to go nuclear, give me a call.”

Now, an invasion of Russia would be entirely different, but Ukraine is not going to invade Russia.

Problem is, this sounds like the Abilene Paradox - where nobody wants Outcome X, but nobody dares speak up against Outcome X, so Outcome X is what everyone gets.

Subordinates: None of them want to launch the nukes, but each one knows they could be executed if they don’t, so they each reluctantly do their step in the chain of the process and the nukes are launched.

Obviously nobody save Putin can know what’s going on his mind, but my prediction is absolutely not. I think any attempt to go nuclear would immediately cause a coup.

This is my thinking. Only scenarios 4 and 5 could really trigger a nuclear response, but if the situation in Ukraine has gone so badly that Russia itself is being attacked, I would have expected a coup long, long before that point was reached.

One of the problems with being a “Strongman” leader is, once people no longer perceive you as being “strong”, all your power evaporates. If Putin is losing so badly that Ukraine is not just taking back the bits of Ukraine that Russia has seized, but is credibly threatening Russian territory as well, everyone will be seeing what a disaster Putin has become.

Yeah, this was a good article I recently read on the problems that face a dictator. I don’t think Putin can survive the summer or the year at most. I think his days are running short. The best he can hope for is exile, but really he’s likely going to be poisoned (the preferred method of Russian assassination) or shot (because it is easy). It depends on how it ends by stealth or violent coup. My guess is stealth. I don’t think he’ll see it coming. There are probably already plotters beginning to plot. 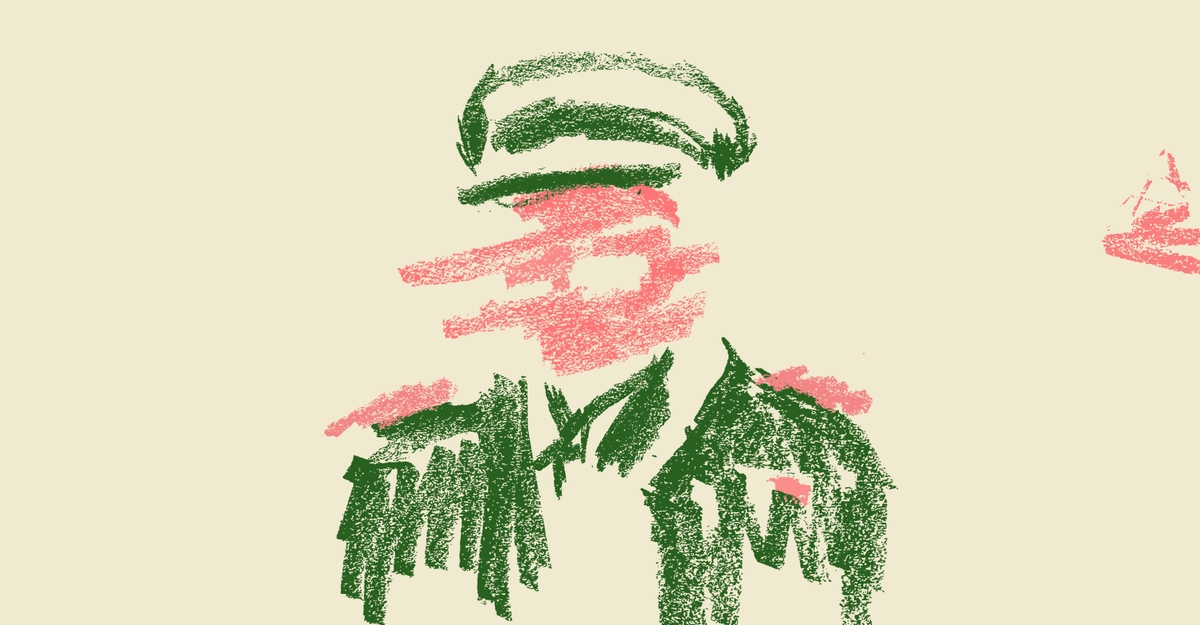 Vladimir Putin Has Fallen Into the Dictator Trap

Reality doesn’t conform to the theory of the rational, calculating despot who can play the long game.

I think one thing (not necessarily you @Horatius but I don’t want to make another post) is the level of corruption in the Russian military. I’m very sure some Western generals get some kickbacks and a bribe or too, but it is nothing compared to the Russian military. The senior leadership uses their position explicitly for personal enrichment (so long as they are not openly blatant about it). They are not going to want to see that go up in a ball of nuclear fire. The generals are not billionaires, but they make good money selling Russian maintenance equipment. Loyalty in the Russian military will go to the person who can keep the money flowing, and right now that ain’t Putin. And it sure isn’t Putin in a nuclear war.

he could shoot himself next Monday afternoon.

If this happens it will only appear that he shot himself. Or had a heart attack. Then they will stuff him and put him on display.

My WAG is that we’re already seeing Putin’s endgame: If I can’t win, I’ll just pound Ukrainian cities as hard as I can with conventional weaponry to cause as much misery as possible. That’ll show 'em.

He already knows the West won’t retaliate against that level of destruction. Why risk crossing a bright line into escalation just to kill more people more quickly?

And sadly there would be no lack of commenters, influencers, and institutions in Russia who would back him up.

As well as the usual suspects in the United States.

My WAG is that we’re already seeing Putin’s endgame: If I can’t win, I’ll just pound Ukrainian cities as hard as I can with conventional weaponry to cause as much misery as possible. That’ll show 'em.

He already knows the West won’t retaliate against that level of destruction. Why risk crossing a bright line into escalation just to kill more people more quickly?

That’s the end of the middle game, or maybe the beginning of the end game. Eventually they’re going to use up enough ammunition, artillery shells, tanks, and such, and lose enough soldiers on the ground, that the strategy of genocide by artillery will fizzle out. The question is what happens at that point.

I don’t see Ukraine carrying the war into an offensive against Russia, and probably for practical reasons of logistics into Crimea either. The question is the status of Luhansk and Donetsk, which in large part depends on how stubbornly Russia wants to try to “defend” them as independent republics.

My w.a.g. is that having failed to overthrow the Ukrainian government and installing a pro-Russian puppet, and eventually after failing to force concessions from Ukraine, Russia ends up fortifying a hold on the Dombas region, at which point both sides settle down for a siege while recovering from the losses of the war. It then becomes a waiting game of whether and how long Putin can remain in control.