William Shatner heads off to the final frontier (space, not death)

Someone should ask how much Shatner was paid to fly on Blue Origin. This was a promotional windfall for them, and Shatner doesn’t do anything like that for free.

Someone should ask how much Shatner was paid to fly on Blue Origin. This was a promotional windfall for them, and Shatner doesn’t do anything like that for free

I guess. I do think that he would do this free, though. It was a huge opportunity.

Did I see a reporter ask him, “Hey, you said you were afraid, but you are Captain Kirk? Why were you afraid?”

Shatner answered, “Because Captain Kirk is a fictional character and I’m flesh and blood.”

I think Captain Kirk would’ve been bloody terrified, a barely functioning rocket, all with very primitive technology, not a single shield, no teleporter to beam out if things go pear shaped…
He would’ve done it anyway, because that’s how he rolls.

I just watched the playback and listened to Bill after he came back. He talked to Jeff Bezos for awhile and honestly, it was probably the most moved I’ve ever been watching Shatner in anything. It was really powerful.

A speech worthy of Capt. James Tiberius Kirk himself, only it wasn’t penned by a scriptwriter.

A speech worthy of Capt. James Tiberius Kirk himself, only it wasn’t penned by a scriptwriter.

Hadn’t heard of the overview effect until Shatner’s comments.

The overview effect is a cognitive shift in awareness reported by some astronauts during spaceflight, often while viewing the Earth from outer space. It is the experience of seeing firsthand the reality of the Earth in space, which is immediately understood to be a tiny, fragile ball of life, "hanging in the void", shielded and nourished by a paper-thin atmosphere. From space, national boundaries vanish, the conflicts that divide people become less important, and the need to create a planetary Th...

The woman he left his wife for and God, I hope this is just a very unflattering picture.

Moderating: this really isn’t the place for misogynistic assumptions that a woman’s only value is her appearance. Everyone please drop this topic.

The whole thing was awkward enough that I kind of loved it. Bezos left him standing there and came back. I think he did a good job listening once he finished that champagne thing.

I got the impression Bill was a bit put out because he really wanted to say something but ended up being ignored (at least temporarily).

I got the impression Bill was a bit put out because he really wanted to say something but ended up being ignored (at least temporarily).

Yeah, that was indeed an awkward moment. I don’t know whether Bezos was just insensitive or (more likely, I think) just excited and trying to deal with multiple things at once. Bill did get to have his say and I have to agree that it was eloquently expressed. Actually, The Shat seemed on the verge of tears at one point. I imagine the profoundness of the experience combined with what must have been relief at surviving a fairly risky adventure would have been a psychological double-whammy.

There was also a more humourous moment when Bezos pinned whatever Blue Origin uses as astronaut wings to the crew. When it came to Shatner, Bezos had trouble and complained that the pin was bent (and dammit, no one took the cue to say “shouldn’t have bought it from Amazon Basics”). Shatner actually said something like “never mind, it doesn’t matter”, obviously having many other things on his mind at that moment. Bezos did eventually find another pin. Apparently the problem with pinning the astronaut wings was that the outfits they were wearing were made of some type of Kevlar-based material. 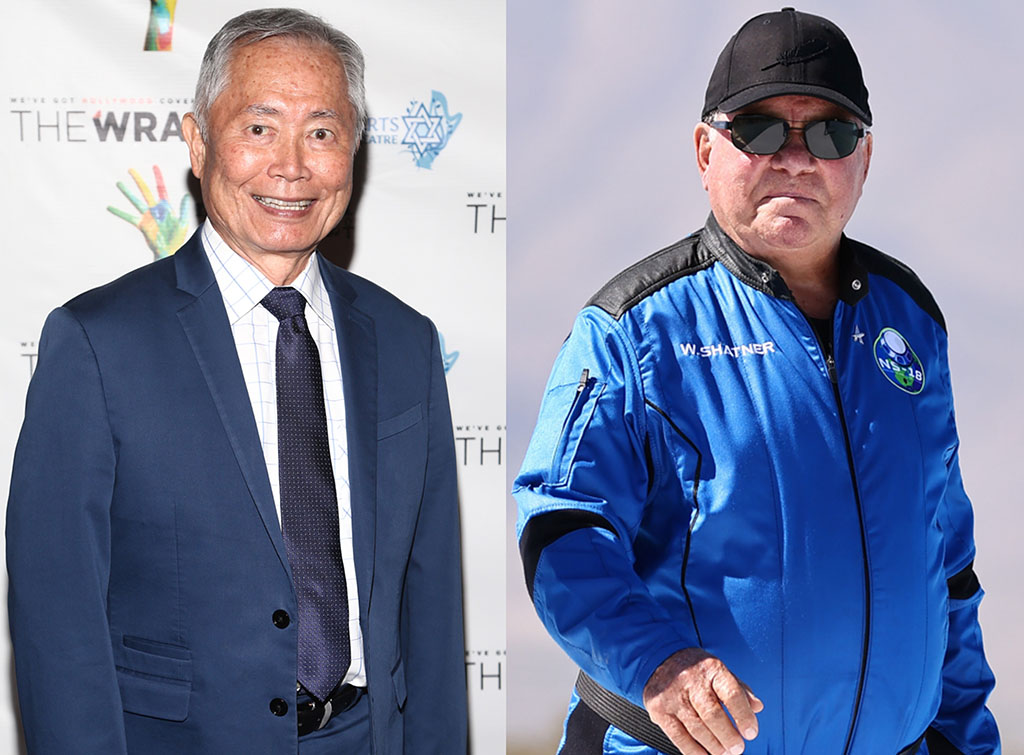 William Shatner is the oldest person to ever go to space — much to the delight of George Takei. 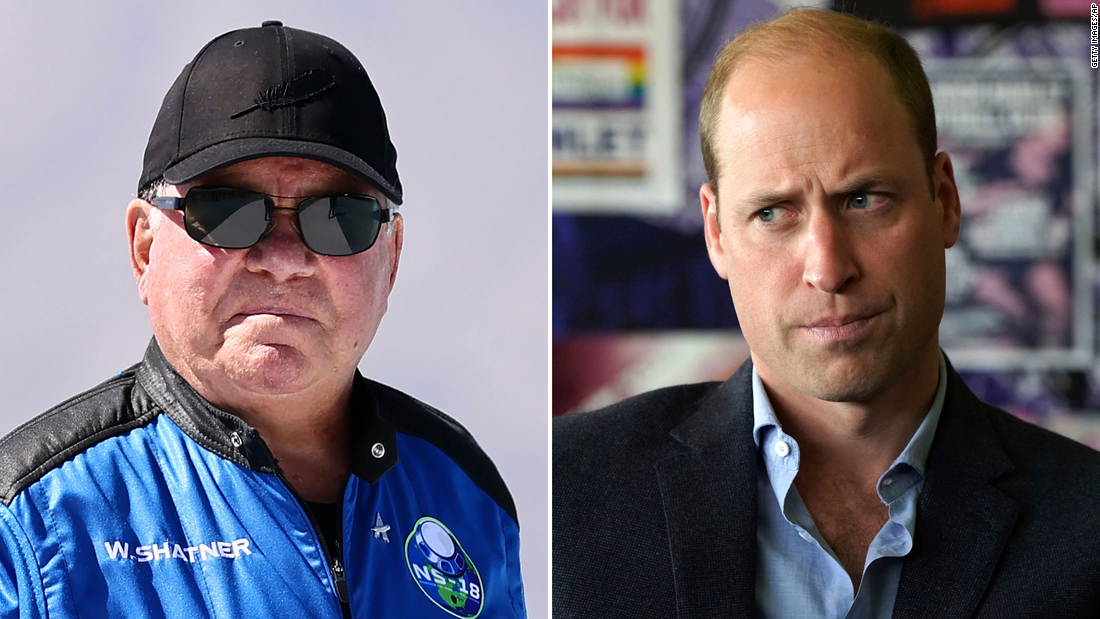 William Shatner is firing a rhetorical rocket back at Prince William after the future king criticized space tourism.

… And pissers and moaners gotta piss and moan.

I guess I understand that George Takei dislikes Shatner a lot, but does he really have to chime in on this in a negative way? Of the two, I definitely would consider Takei the smarter and more gentlemen-like.

I think if George had said, “We’ve had our differences and will never be real friends, but I want to congratulate Bill on going to space and thank him for his words about saving the earth”…that would have been a lot better.

Anyway, as I said earlier:

I wonder if George Takei is thinking, “Curse you, Bill. You’ll do anything to get attention.”

To bad that Takei is more interested in keeping the feud going than in being happy for the man for reaching space.

Or maybe he’s just upset that Lt. Sulu isn’t the icon that Capt. Kirk is.

I’ve always thought that Prince William is pretty smart. But evidently he’s rather shortsighted in some ways. Even if Bezos et al are doing what they’re doing for frivolous reasons, the knowledge gained is valuable.

Or maybe he’s just upset that Lt. Sulu isn’t the icon that Capt. Kirk is.

I think he probably has some legitimate reasons to be upset with Bill over the decades, but even silence is better than slagging him off.

I feel for Wally Funk. She’s the current record-holder for oldest human into space, and she’s a trained astronaut candidate who’s getting upstaged by a PR stunt.

Although at this point, “PR stunt” is most of what Blue Origin is visibly doing.

Her flight was a PR stunt too. And as far as PR stunts go SpaceX’s are much more technically challenging.

I’ve seen Shatner interviewed about the ‘feud’, and he claims he doesn’t even know what it’s about, and has nothing against Takei. He wouldn’t say anything at all disparaging about him even when provoked.

Shatner has a big ego, and he has probably dominated screen time on his shows or gave supporting actors less attention than others would have. Maybe that just rubbed Takei the wrong way. Takei strikes me as someone who also has a big ego and always resented that he wasn’t a bigger star on the show or in general.