I am at a dead-end. I “upgraded” Windows 7 (everything worked before. What was I thinking?) to Windows 10 and now my printer won’t work. :smack: Whenever I try to print, nothing happens. Investigation shows two documents hung in the print queue. I have followed the Googled suggestions and can (eventually) clear the spooler, but as soon as I attempt to print, same problem. I know that I have saved a ton of money on toner and paper, but I’d rather print. I would buy a printer if that would fix it, but think I would then have two printers that don’t work instead of just one.

I throw myself at the mercy of those wiser than I and beg for clemency.

How is the printer connected to the computer?

Just to clarify, you still see the same 2 documents stuck in the queue even after resetting the spooler? Have you powered off the printer? And I mean cutting the power completely.

i would recommend downloading and installing the HP Universal Print Driver, if you haven’t already got it installed.

This is apparently a problem with Windows 10. My neighbor just bought a new computer with W10 on board, then bought a new Epson inkjet to replace his broken printer. Same problem as the OP. W10 wouldn’t run the accompanying CD to install the printer files, and after ripping his hair out for an hour, took the computer and the printer to a local shop to have them give it a try. Total PITA. Good luck getting it to work.

How did you “clear the spooler”? Did you stop the print spooler in services, then go to Windows system32 spool and delete the queued documents? If not they will remain there waiting to print.

Thanks to all who replied; some answers:

md2000: I stopped the print spooler in services, then in Windows system32 spool I deleted the queued documents. Same result when I tried to print again.

Atamasama: different documents. Printer is USB. Power has been cycled.

Gurus: is is this likely to be an OS problem, a driver or something else?

I would say it’s a driver issue - From Windows 7 onwards, it’s been quite common for printer drivers to screw up the print spooler. Sometimes you have to pare back all existing drivers and install them again.

Is the printer actually using the new driver? (You might need to delete and re-add the printer to make it do this).

There is a similar-sounding issue here on HP’s support forum that might have some additional troubleshooting tips in it: 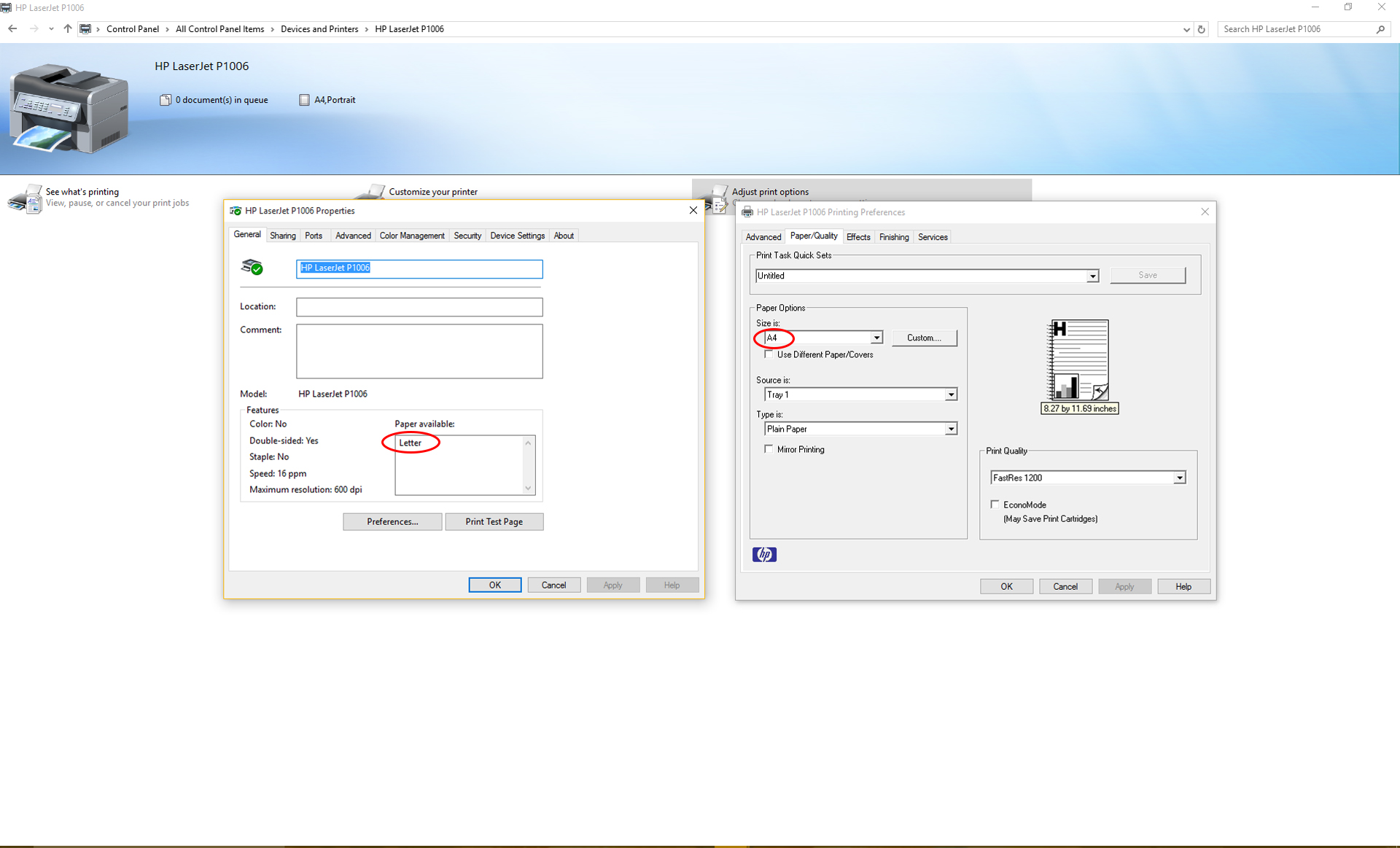 When I upgraded my windows 7 to 10, printer drivers was downloaded automatically. But now printer prints page only after about 5 minutes. I've tried to manually reinstall driver, but driver installation stucks on about 20%. Can anyone help me?