As is well recognized, “A Christmas Carol” is one of the most painfully overdone, redone, Christmas cliches. Somethng I was reminded of tonight when I stumbled upon this: http://www.lifetimetv.com/movies/info/move2021.html !!!
Lifetime. Susan Lucci. And the cleverest name change they could come up with was Ebbie Scrooge. Need I say more?

And it’s not even December yet.

So what of the many many many rehashing (sitcoms, tv movies what have you) that you’ve seen or are afraid you will see this month is your particular…er…bete noire?

I don’t want to here about the good ones…there’s time enough for that Christmas morning when we’ll all repent and go out to buy goose.

Hmmmm. Well, I’m *kinda *breaking the rules, because I actually liked *most *of this one, but Scrooged with Bill Murray had the worst ending of any I’ve seen. It was so strong throughout and then bam! it runs out of steam.

Sorry for breaking the rules, but this is a fun poll and I wanted to bump it a little to be sure it got a chance to be seen.

Worst Christmas Carol I’ve ever seen was in a small repertory theater in Humboldt County. It also had a female “Scrooge,” although her name was Carol, not Ebbie. Why? So they could name the play, “It’s Christmas, Carol!”

It was supposed to be a comedy. It never got any funnier than the title.

And I loved the ending to Scrooged, dammit. The whole movie kicked ass.

Oh, my yes…the Susan Lucci one is classically bad! I wasn’t too fond of the Cicely Tyson one, either.

6 million Dollar Man - just one of many TV shows that did a version
http://www.clivebanks.co.uk/6M$M/Abionicchristmascarol.htm

for bad one(s) - just about every cheesy sitcom’s version

My least favorite filmatic takes are Henry Winkler’s American Christmas Carol and George C. Scott’s take on Scrooge in a straight retelling from the early 80s. Both were just joyless remakes of the thing.

My best, just so you’ll know, are the Albert Finney musical Scrooge and the TNT version with Patrick Stewart from a few years ago. Scrooged is really dated and drags in places but parts of it are still hysterical (“Did you try staples?”, “A drink for Mr. Richard Burton!”, “I remember her wearing black, but I thought it was a fashion thing” and Carol Kane all keeping their punch).

It did have the notable element of Scrooge sleeping with Bob Cratchett. AND having an implied lesbian tryst with Anne Heche.

And…didn’t Jack Palance do a version set in the old west, a few years back? Did anyone see that one? How well did it turn out? (Well, I mean, I can guess, but verification’s always good.) 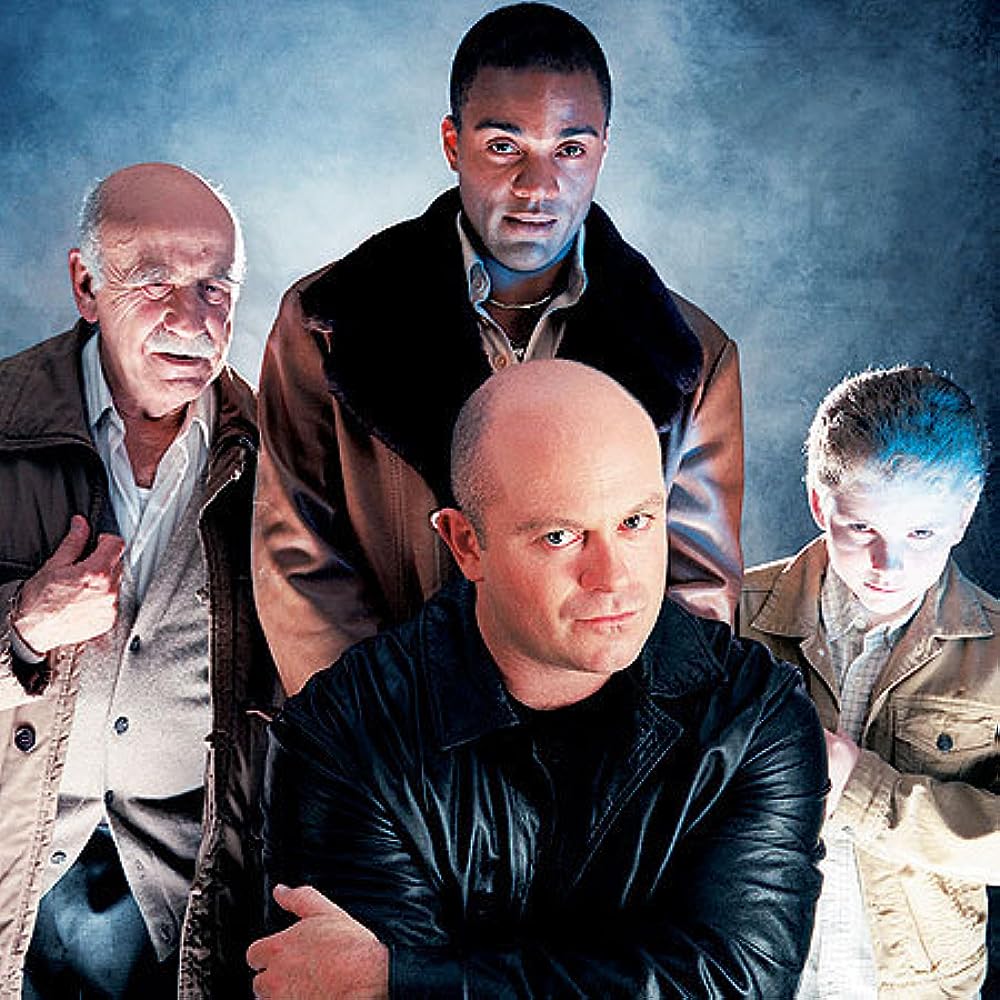 By the way, the George C. Scott version is one of my favorites.

Used to feel the same way, but the humor has grown on me- plus, I’m a sucker for adaptations that show the grisly scenes & this one actually has the pawnbroker, cleaning woman & undertaker singing about looting Scrooge’s corpse!

I least care for the 1938 (?) Reginald Owen version, because it’s just too edited down. Faves are the 1951 Alistair Sim, the 1970s Albert Finney musical, the Patrick Stewart, and an early 1970s animated one based on the Rackham illustrations. I don’t hate the Susan Lucci one.

I came in here to say that I’ve always hated The Little Drummer Boy, but I see that’s not what you’re looking for.

(Mr. Magoo manages to rein in his tendency to overact, and the supporting cast is very good indeed.)

(Mr. Magoo manages to rein in his tendency to overact, and the supporting cast is very good indeed.)

I tried to watch Kesly Grammers version last year. Oh boy. I generally like musicals and can tolerate overacting, but after half an hour, I said “Okay, the fact that I can remember more of the score from both the Mr. Magoo and Muppet versions as opposed to none of the songs here is a really bad sign. Plus, Mr. Grammer is not only chewing the scenery, he’s puking it up, eating it again and chewing it some more. I’m done”.

Them’s fighting words. I love the Mr. Magoo version, particulary the pawnbroker song. If nothing else, I get a kick out the fact you can see one of them pinching snuff during the song.

Faves are the 1951 Alistair Sim, the 1970s Albert Finney musical, the Patrick Stewart, and an early 1970s animated one based on the Rackham illustrations. I don’t hate the Susan Lucci one.

The Patrick Stewart version is my absolute favourite. It’s one movie I never get tired of watching.