Chuck Berry, 1972 live recording of Reeling and Rocking
(quoting this from memory)

"I looked at my watch, it was a little past six
Man I jumped back like a cement mixer"

To borrow from another thread…Yeah - I’m hearing that whoosh (no - not of non-comprehension) of that oversized mallet-head, swinging ominously through the air, soon to land on something.
And that something would be Bob Welch’s saccharine-beyond-reason “Sentimental Lady”, featuring this perfectly normal rhyme:

Extra pukey is that the following lyrics are not, at all, any sort of logical continuation from “very”, even.

I remember it as “with,” and the commercials I found it sounds like “with” to me. You can still find it a bad rhyme. (I think it’s fine.)

The kid had something of a Jersey Mob accent to force the rhyme.

I can’t decide if these ones are stupid, clever, or clever because they’re stupid.

Queen, I’m In Love With My Car:

When I’m holding your wheel
All I hear is your gear
and
With my hand on your grease gun
Oh, it’s like a disease, son

As the big freighters go
it was bigger than most

I don’t think Gordon Lightfoot was trying to rhyme “go” and “most”; “As the big freighters go, it was bigger than most” was one line in the second verse. Some lines of The Wreck of the Edmund Fitzgerald did have internal rhyme: “The ship was the pride of the American side”, “Old Michigan steams, like a young man’s dreams”. But not all of them.

Anyway, I’m willing to give Gordon some slack, for the sake of the beautiful rhyme in the fifth verse, that punches home the tragedy:

“They might have split up, or they might have capsized
They may have drove deep and took water.
And all that remains, are the faces and the names
Of the wives, and the sons, and the daughters.”

Okay, how ‘bout rhyming ‘Wisconsin’ with ‘well-seasoned’? Or ‘Cleveland’ with ‘feelin’’?

Not sure there was intent to rhyme - much of the song seemed to me to be in free verse. The song flows, not too worried about the rest

Okay, how ‘bout rhyming ‘Wisconsin’ with ‘well-seasoned’? Or ‘Cleveland’ with ‘feelin’’?

Jethro Tull, Bungle in the Jungle:

Down by the waterhole, drunk every Friday
Eating their nuts, saving their raisins for Sunday

Anyway, I’m willing to give Gordon some slack, for the sake of the beautiful rhyme in the fifth verse, that punches home the tragedy:

This is pretty much totally off topic, but if you enjoy the music of Gordon Lightfoot, @Slow_Moving_Vehicle watch this. Carson McKee has a great voice and it’s a nice cover but wait till the end. He plays it through twice, and the second time… well it was literal LoL for me. 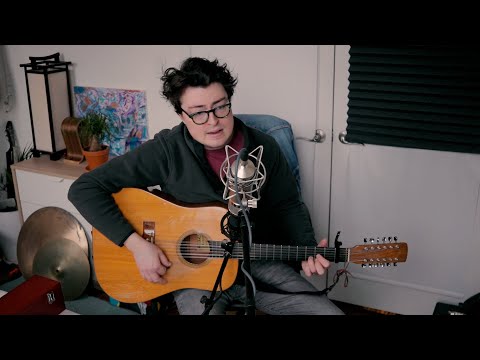 That was funny, yes. But the guy’s own voice is pretty good, too. Thanks for the tip, @Princhester .

Joke failed a tiny bit for me, though, because the version of “Early Morning Rain” I’m most familiar with is the Peter Paul and Mary cover.

Actually I’ve barely heard Lightfoot doing Early Morning Rain myself, but his vocal style is so distinctive it translates regardless of which particular song.

Carson McKee is half of The Other Favorites, the other half being a guitar prodigy by the name of Josh Turner. Basically all their stuff is great.

“These are the only ones of which the news has come to Harvard
And there may be many others but they haven’t been discovered.”

That rhymes perfectly. In Boston.

Examples escape me (I know some exist!) of rhymes with “do you know what I mean-a .”

Still eluding me, but in the ball-park, there’s

Except that rhymes perfectly, without the “uh”

Meh - whatever legitmacy there may to the rhyme is brutally, horrendously, and viley

quashed by the “uh’s”.
Egregious blasphemy, I say.