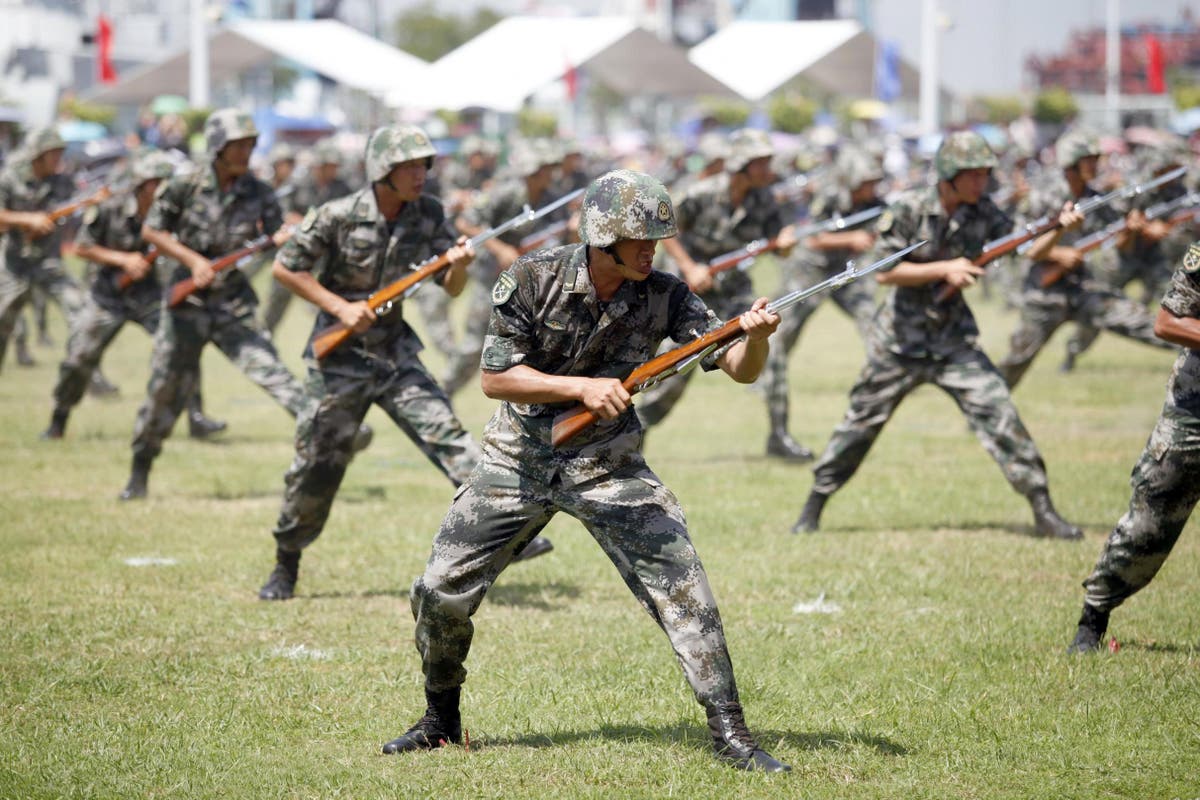 The high rejection rate has triggered concerns that there are not enough youths in good physical condition to fill the ranks of the Chinese army.

Authorities also think the constant use of smartphones and drinking water with too high a mineral content are to blame.

Some 46 per cent were rejected for failing the vision test, with the excessive use of electronic gadgets such as smartphones and tablets blamed.

The newspaper report added that the number of additives in junk food and fizzy drinks, as well as high mineral content in water, was damaging candidates’ livers and gallbladders.

According to websites I checked, the cause of Enlarge Testicular Veins ( = Varicocele) is unknown:

The cause is unknown, but is thought to result from abnormalities of the veins inside the testicles, leading to a backup of blood that cannot flow, which in turn causes swelling.[4][7] There are three main theories as to the anatomical cause; the first has to do with the geometry of the veins, wherein the vein on the left side connects to the larger outflowing vein at a right angle, which tends to fail; the second is that valves that are supposed to prevent backflow fail (venous insufficiency); the third is that pressure in upstream arteries creates a “nutcracker” syndrome.[7]

Tobacco smoking and mutations in the gene expressing glutathione S-transferase Mu 1 both put men at risk for infertility; these factors may also exacerbate the risk that varicocele will affect fertility.[7] A varicocele is an abnormal enlargement of the pampiniform venous plexus in the scrotum. This plexus of veins drains blood from the testicles back to the heart. The vessels originate in the abdomen and course down through the inguinal canal as part of the spermatic cord on their way to the testis. Varicoceles occur in around 15% to 20% of all men. The incidence of varicocele increase with age. Varicocele might be noticed as soft lumps, usually above the testicle and mostly on the left side of th...

Nothing about computer games or jerking off.
The report reads like it was written by Old Guys disgusted with Today’s Youth. Next they’ll be telling them to Get Off the Lawn

This feels like one of those articles that, a couple weeks later, has a “You remember that article? Turns out it wasn’t true” follow-up.

They might be fat, but their right-hand grip strength was amazing.

Asking for a friend.

Asking for a friend.

Anything after you get your PLA rejection letter is considered excessive.

I can just see some Chinese grandfather saying “Back in my day, you had to shoot yourself in the foot to avoid the draft.”

I can just see some Chinese grandfather saying “Back in my day, you had to shoot yourself in the foot to avoid the draft.”

…but now it doesn’t matter where you shoot it.

Could be worse. Could be every time you open your eyes.

Wrong thread. I’m having trouble seeing my screen due to these huge testicular veins constantly in the way.

This seems like a super predictable outcome of a one-kid, prefer male offspring national reproductive strategy.

I think you are underestimating by several orders of magnitude.

Did I make it better?

I think you are underestimating by several orders of magnitude.

Did I make it better?

That is not The Military Way.

Thanks to this thread, I finally understand why last week’s blind date went so wrong. I knew it was going downhill when she muttered “well, I can see why you’re not in the Chinese Army…”