I
From Quora in 2012, I read “the last war where US saw air-to-air combat was the Kosovo war of 1996 when US fighter jets downed atleast 6 Yugoslav MiG29s.”

True? Have I missed any US ones since then?

How about anybody’s wars?

II
Also from Quora, by Tim Morgan, is this good piece on tactics, with interesting personal observations/explanations in a less bookish form than some.Missile defense can be purely defensive (the drag: turn 180° around, burn as hard as you can, and make continuous 90° turns to force the missile to maneuver against you) or can be a mix of defensive and offensive (the beam: put the missile on a 90° bearing from you and make climbs and dives to force the missile to maneuver against you). In either case, you’re forcing the missile to bleed off its energy so that it doesn’t have sufficient energy to keep up with your maneuvering in the terminal phase of its flight. The advantage of the drag is that you have *a very high chance of defeating the missile; *the disadvantage is that you are now 180° away from the fight and purely defensive. In addition to kinematic defenses, the pilot will drop countermeasures to spoof the enemy missile’s radar.[ital added]
Are either of these chosen based on the missile type being defended against?

Sometimes the defender’s missile is already loosed, but sometimes not, so his maneuvering for that release must be factored in?

III
Anything important/neat to add?

There appears to be some doubt on the matter. But allegedly a Russian aircraft shot down a Ukrainian one during the ongoing crisis there:

The Ukrainian National Security and Defense Council (NSDC) has said that a Russian military aircraft launched a missile strike against a Su-25 aircraft of the Ukrainian Armed Forces over Ukrainian territory on Wednesday, July 16. 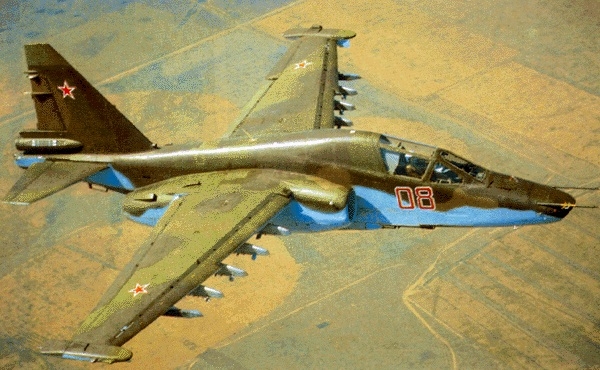 The Ukrainian National Security and Defense Council (NSDC) has said that a Russian military aircraft launched… - Jul. 17, 2014. By Interfax-Ukraine

I’m guessing you at least need to choose your counter-measures based on the type of missile guidance system? Chaff is for radar, flares are for heat-seeking. Or do you just drop both?

Recent combats:
IIRC the US shot down a couple of Iraqi aircraft during enforcement of the no fly zones before the eventual invasion which ousted Hussein.

Tactics:
It’s been a bunch of years since I’ve done this, but the big picture AFAIK is unchanged.

That article was written by somebody who does not know what he’s talking about. He’s not wrong exactly, but it’s apparent he’s just regurgitating factoids out of a cookbook without ever having turned on a stove himself. The cookbook he’s working from is bog standard stuff from my era, the late 1980s.

Air to air missile (AAM) warfare is conceptually similar to sword fighting without shields. You and the other guy have similar, but not identical offensive tools. And you each have just the one. When you employ yours, the other guy is distracted from his offense and has to use most of his still & attention to evade, but can also use his tool to parry. But the tool is better at attacking than it is at parrying.

If you’ve ever watched a good staged swordfight and really considered how this would work in reality, you can see the dilemma both parties face. The guy who gets the momentum on his side is totally in control whereas the guy playing catch-up had better do so very quickly or the game will be over badly. Boxing is a bit similar, except in boxing the match will last longer than one good landed punch. With a sword or a missile the match ends at the first solid contact.

The drag & beam maneuvers he describes are used to defeat long range missiles that you know are in flight towards you. They’re also classic anti-SAM tactics. The short range and quick time of flight of dogfight missiles don’t give those tactics time or space to work.

There are huge benefits to shooting first. Which means the guy with the longer ranged weapon (which includes the radar as well as the ordnance, plus the skill to employ them maximally) is in the catbird seat. Once you have ordnance in the air, the other guy will either know it’s coming and have to react, or not know it’s coming and explode, ideally before he launches anything autonomous at you. While he’s reacting he’s having to do things, like gimbal, beam, or even drag, that are inimical to his own attack.

This is also why we don’t fight one-on-one. Historically a limitation of fighter radar was that you can either scan the sky, or track a single target, but not both. IOW, you go totally tunnel-visioned / blind as soon as you prepare to shoot, and for quite a while longer if the missile is a radar guided type. The blind duration is far far longer than is comfortable or safe if the enemy has anything on the ball.

Conversely, if there are several fighters cooperating, the shooters can (more) safely go blind while the followers keep at least some track of the whole scenario and can direct a tactical retreat AKA drag if the situation starts falling apart.

By my era, the 1980s, we had some degree of track-while-scan radars which could keep at least a partial big picture while also tracking a target (or a couple/few targets) while guiding ordnance to it/them. Now your tunnel vision expanded to seeing though a scuba mask, not a soda straw.

Later advances, like the datalink mentioned in the article are past my time but offer the promise of everybody sharing a single coherent composite picture derived from all the sensors on all the platforms. The advantage in clarity is obvious. Being overwhelmed by tactical complexity is a risk. It takes time for multiple pilots to sort out who’s going to do what to whom.

Anti-missile missiles:
Not yet. There is a fairly new thing called MALD, Miniature Air Launched Decoy. The idea is to tow a small (1 foot long) gizmo on a long wire which has jamming electronics to look bigger than the towing aircraft. So the enemy missiles track, hit, and blow up the decoy, not you. Ideally you can carry a few of these since each one only decoys a single hostile shot before being destroyed.
Another neat coming thing is laser IR countermeasures. A small laser is fired at incoming IR missiles. It doesn’t destroy them, but the crazy laser lightshow confuses the missile seeker until it loses track of the target aircraft. It then just flies a straight line until it falls from the sky. These are installed now on bomber and transport sized aircraft and are now being miniaturized for use on fighters & helicopters.

The good news is the laser has lots and lots of shots; practically speaking it doesn’t run out of ammo. The bad news is it’s only effective against IR missiles, and it’s very short range. If the laser works, you live. If not, you’re dead about a second later. So it takes a certain level of trust in the laser to ignore incoming IR missiles and press you own attack vice trying to evade them via maneuver, thereby abandoning your own attack.

Other than those inventions, it’s chaff for defeating radar missiles and flares for defeating IR. Neither of which worked all that well in my era and probably hardly work at all any more. Missiles have gotten a lot smarter. As well you only carry so much on board. The supply is real finite compared to the need in a serious melee.

Last of all there’s stealth and jamming (ECM in the argot). Jamming is a real technological cat and mouse game. The US has bet the farm on stealth. I’m not competent to offer an opinion on it’s effectiveness either now or 15 years from now.

I’ve wondered about this, with as good as AAMs are now (Pk on a AIM-9X or -120 is something like .9), would it make sense to try and see if modern AAMs can intercept incoming AAMs, rather than try and outmaneuver them? Especially if the target vehicle is something like an E-3: fairly ponderous, but possessing a radar that can easily track and illuminate something as small and quick as an incoming AA-12/Vympel R-77.

Not an embarrassing question, anti-missile missiles do exist. As** Really Not All That Bright** notes they’re not fired from aircraft though. Unless they’ve come up with something new that I don’t know about. The most well known anti-missile missile is the Patriot Missile.

The MIM-104 Patriot is a surface-to-air missile (SAM) system, the primary of its kind used by the United States Army and several allied nations. It is manufactured by the U.S. defense contractor Raytheon and derives its name from the radar component of the weapon system. The AN/MPQ-53 at the heart of the system is known as the "Phased Array Tracking Radar to Intercept on Target" which is a backronym for PATRIOT. The Patriot System replaced the Nike Hercules system as the U.S. Army's primary Hig...

LSLGuy, as usual, has an excellent post. I’d upvote it if I could.

Well, title says it all. Do heat-seeking missiles (in-fact any missiles) have any mechanism that is supposed to prevent them from targeting friendly planes (or civilian ones)? I’m talking about missiles themselves, not targeting systems on a plane...

Why make jet fighters agile? Why not rear-firing missiles instead?

At some point during the Cold War arms races, did aircraft designers ever say "I’ve got an idea. Instead of making our aircraft turn really quickly so it can get on the tail of the enemy fighters, let’s just make our missiles able to fire backwards...