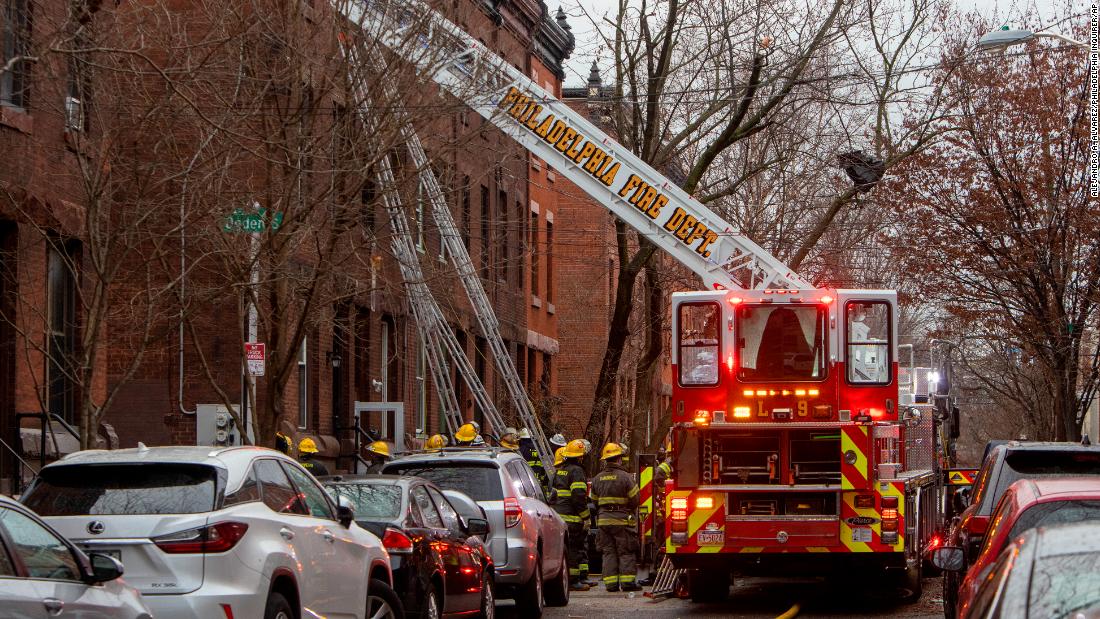 13 dead, including 7 children, in Philadelphia fire at house...

Thirteen people -- including seven children -- died Wednesday morning in a fire at a three-story row home in Philadelphia that was converted into two apartments, officials said.

More specifically the Philadelphia Housing Authority, which is controlled by the city government.

When I read the article title I was thinking “sleazy slumlord”, “illegal conversion” …

From the New York Times article on this, “Mayor Jim Kenney said the city does not run the federally funded Philadelphia Housing Authority, which managed the building.”

“Under a law passed by the Pennsylvania General Assembly last year, the number of board members was increased from five to nine, with the Mayor nominating all Commissioners, subject to approval by the City Council.” Neighbors and residents told CBS3 they sounded the alarm with PHA many years ago about escape routes during a fire.

One woman told Eyewitness News that when she brought this to officials’ attention, she was told she would most likely have to jump.

RIP, all of them.

After that, I have nothing to say.

The batteries were last check in May 2021 according to the record, right? I don’t know about you, but I have to change my smoke detector’s batteries more often than once every seven months.

I don’t know about you, but I have to change my smoke detector’s batteries more often than once every seven months.

That’s odd, I don’t have to change mine for far longer than that - like years, and newer detectors don’t even have changeable batteries, you have to get a new detector after several years. I remember when we wee used to be told to check/change batteries every year when the clocks got turned back (or forward, I don’t recall which).

Both back and forward actually. Our fire chief reminds residents twice a year at the time change.

But you’re right my current detectors don’t have changeable batteries and last like 5 years. And I never remembered to change my batteries in my old ones, or did it once a year. Even then the batteries didn’t die in 7 months.

Anyway, what style smoke detectors are we talking here? Battery operated ones inside the residences that use regular alkaline batteries? If that’s the case I can totally see the batteries dying, and the residents not replacing them or reporting them.

The mayor may not have been referring to the Federal takeover when he said the city doesn’t run the PHA. In the northeast, at least, it’s fairly common for a mayor to have little or no control over what many people believe are “city agencies” but are in fact much more independent.* I don’t know about PHA, but here is an article from 2013 regarding changes at the NYC Housing Authority that required state legislation.

In the old set up, NYCHA board members, appointed for five-year terms, could only be removed “for cause” and after a due process hearing. That meant only one board seat came up for appointment each year. A mayor could be three years into his term before he appointed a majority of the NYCHA board.

There’s no way the mayor has control in that sort of set-up.

According to this NYT article , there were two apartments in the three floor building - the first floor and part of the second floor comprised one apartment and the second apartment consisted of the remainder of the second floor and the entire third floor. It’s very likely the housing authority had no idea of the number of people in the building. Someone across the street said they had no idea there were so many people in the building so I suspect that not all of the 26 lived there - 26 people living in a two-unit building would be noticeable within a few days. And even if they were all living there , it is surprisingly common for people living in public housing to allow others to move in with them without notifying the agency that runs the development ** - and my guess is that employees would not be as likely to notice overcrowding in a 2 unit building as they would be in larger complex where employees are present most of the time.

* They are typically called “authorities” or “public benefit corporations”

** There are benefits to not notifying- in NYC, if you add someone to the lease, their income will be used to calculate the rent. But there is also a downside - if they aren’t on the lease, they can’t remain in the apartment if the tenant moves, dies etc.

Out of all of the smoke alarms?

I think it’s more likely that the inspector lied about having inspected them in May 2021. 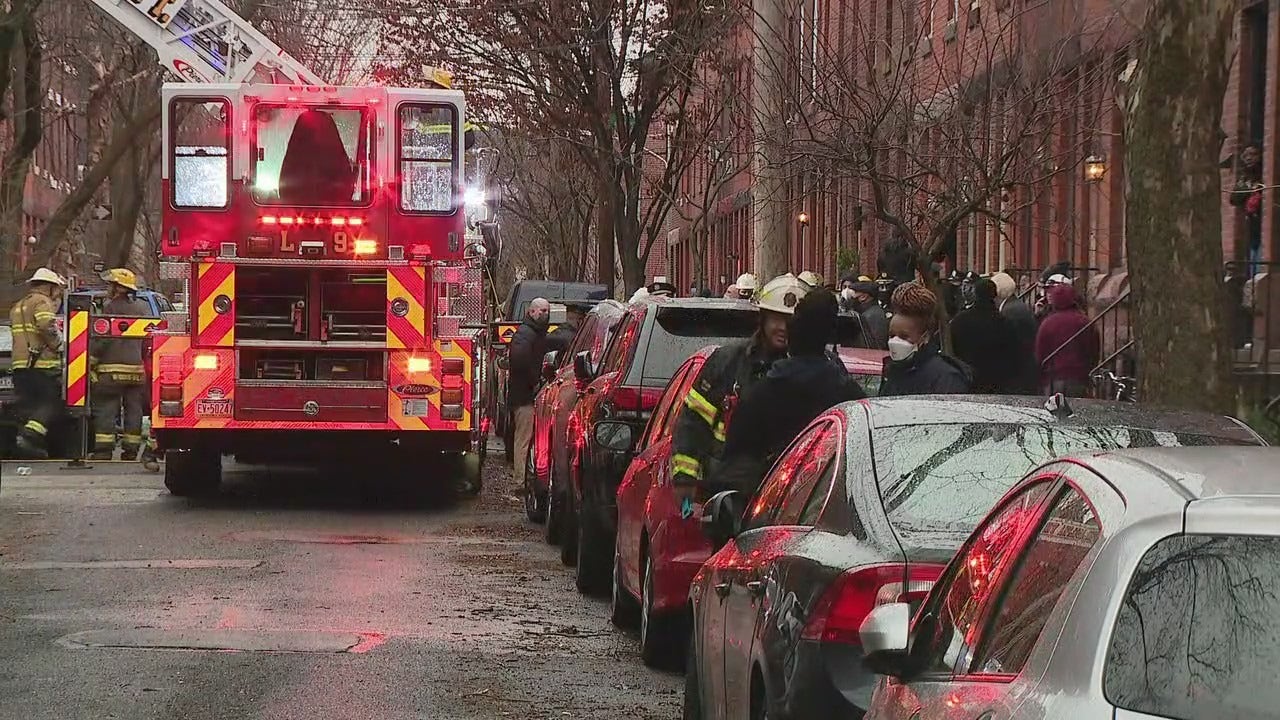 Four smoke detectors inside the row home that caught fire Wednesday morning in Fairmount were not operational, according to fire officials. The fire inside the Philadelphia Housing Authority property left 12 people dead, including eight children.

Following the fire Deputy Fire Commissioner Craig Murphy stated that the Philadelphia Housing Authority had inspected the home in 2019 and installed the four smoke detectors at that time. PHA says they replaced two of those detectors during another inspection in 2020.

Philadelphia Housing Authority officials tell FOX 29 that during the most recent inspection in May of 2021, all of the smoke detectors in the property were found to have been in working order.

In the northeast, at least, it’s fairly common for a mayor to have little or no control over what many people believe are “city agencies” but are in fact much more independent.*

Basically this is similar to the Post Office which has a similar board with staggered appointments. This is why Biden can’t immediately dump the Postmaster General Louis DeJoy if he wants to.

So do you consider the Post Office federal or not?

It doesn’t really matter whether I consider the USPS a Federal agency or not - but I wouldn’t hold Biden responsible for how it runs since he doesn’t control it.

Is the fire department’s statement that the fire detectors weren’t working based on survivor accounts or a lack of batteries?

At least this one wasn’t caused by the city.

By a 5 year old with a lighter, maybe, but not by the city. 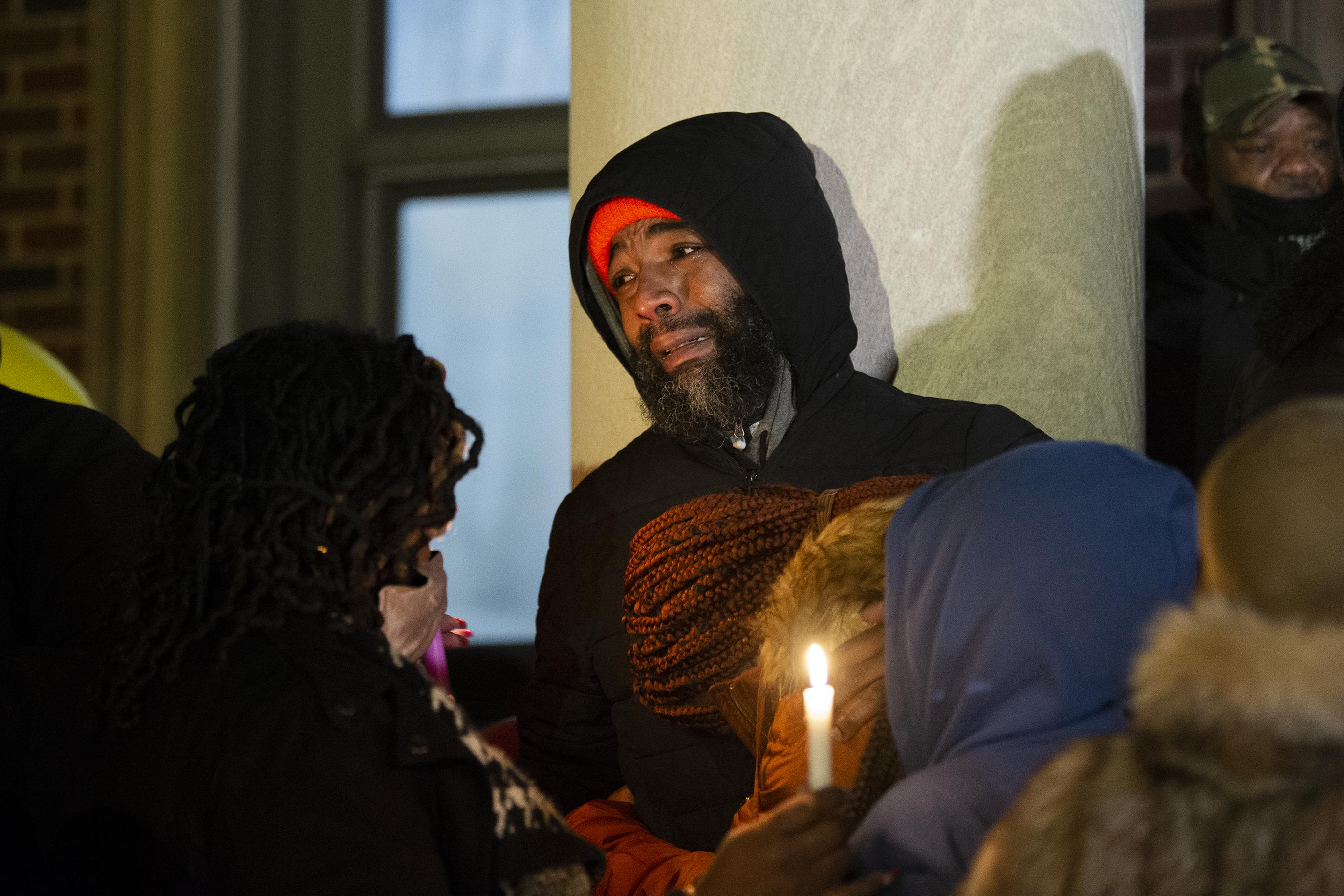 PHILADELPHIA (AP) — Investigators are looking into whether a 5-year-old who was playing with a lighter set a Christmas tree on fire, sparking a conflagration that killed 12 family members in a Philadelphia rowhome, officials revealed Thursday.

PHA is aware of the overcrowding situation.

From the AP story above

In 2021, there were 14 people living in the upstairs four-bedroom apartment, according to Kelvin Jeremiah, the housing authority’s president and CEO. Six family members had moved there a decade ago, and the family had grown substantially since then, adding eight children, he said.

PHA “does not evict people because they have children,” Jeremiah said, responding to reporters’ questions about whether the house was big enough for so many people.

These smoke detectors are hard-wired into the home. But you bring up a valid point.

The Authorities are now hinting a child playing with a lighter may have started the fire. Others are pointing out that the residents may have disabled the smoke detectors. Either, neither or both may be true I suppose. We will see.

But at this moment, it seems that we are blaming the victims. I prefer to wait a bit for a more complete investigation. The easy thing to do is to put the blame on the dead, this allows the living to escape fault.

I am eager to learn more about the Housing Authority inspection in May for example. Did it really happen?

In any case, we may find the truth in time. For the present I will wait.

The local paper is now saying a child (who survived) says he started the fire. I suppose that is pretty good proof.

The big issue is whether or not there were adequate escape routes. If there had been there would not have been this massive loss of life. This reminds of that dive ship disaster where all those people died because the escape routes where blocked by fire:

This will be ugly. The MV Conception caught fire early this morning while anchored off of Santa Cruz Island, one of California’s Channel Islands. Per Ventura County Fire Department, five crew members awake on the bridge or upper decks were able to flee the burning vessel, but were unable to assist some 30 passengers in the berthing space below. 34 people are missing at this time. https://fox5sandiego.com/2019/09/02/34-dead-after-boat-fire-near-santa-cruz-island-according-to-officials/ Dia…

The big issue is whether or not there were adequate escape routes. If there had been there would not have been this massive loss of life.

While an escape route is certainly useful it doesn’t help if the fire is blocking it or there are too many people in the building. Particularly if there are a lot of children. They’re not going to know what to do.

This isn’t a large apartment building. It’s a 3 story row house with limited access. there’s not much in the way of upgrades you can do to add escape routes.

I don’t know about you, but I have to change my smoke detector’s batteries more often than once every seven months.

You shouldn’t need to, once a year is erring on the safe side. Many batteries are good for 2 years now in smoke detectors.