Huge Fire in the Bronx

News reports of another major fire in a US city. This time nineteen people are reported dead in the Bronx. In addition over sixty people are in the hospital, so the butcher’s bill may increase.

We are having another cold snap, so perhaps this was caused by some sort of space heater. Time will tell. All in all, this is unspeakably sad.

Paul your link doesn’t work for me.

Crews entering the building found victims on every floor. Mayor Eric Adams called the numbers of dead and injured ‘horrific.’

or if you have paywall issues:

Note the building was built in 1972 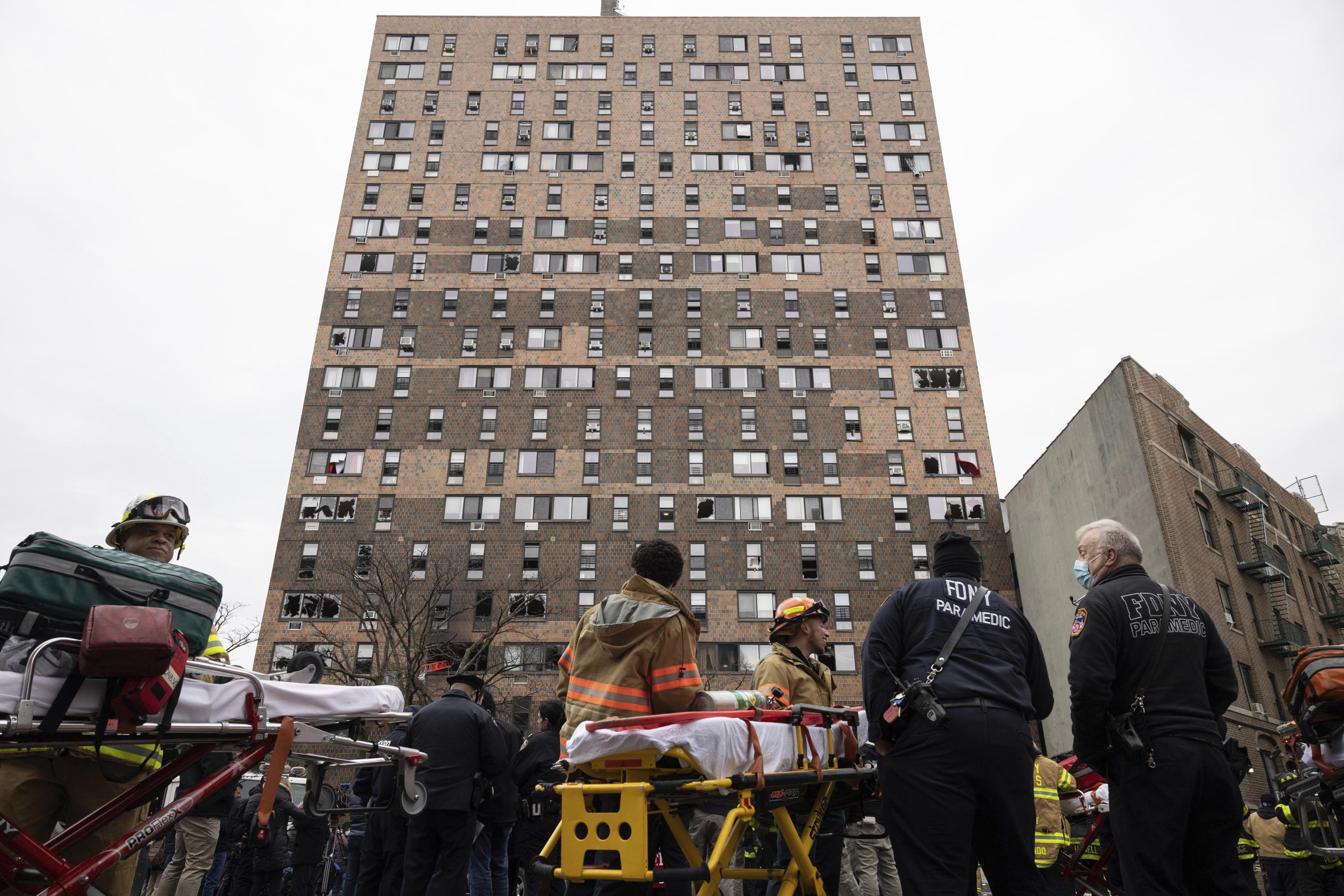 Paul your link doesn’t work for me.

Thank you for your link. ABC news is in fact reporting they are looking into a space heater causing the fire.

A dozen people are said to be in critical condition.

Very tragic story, regardless of what caused it or who the casualties are.

It’s a really eerie coincidence that Nova aired this episode just before this tragedy happened: 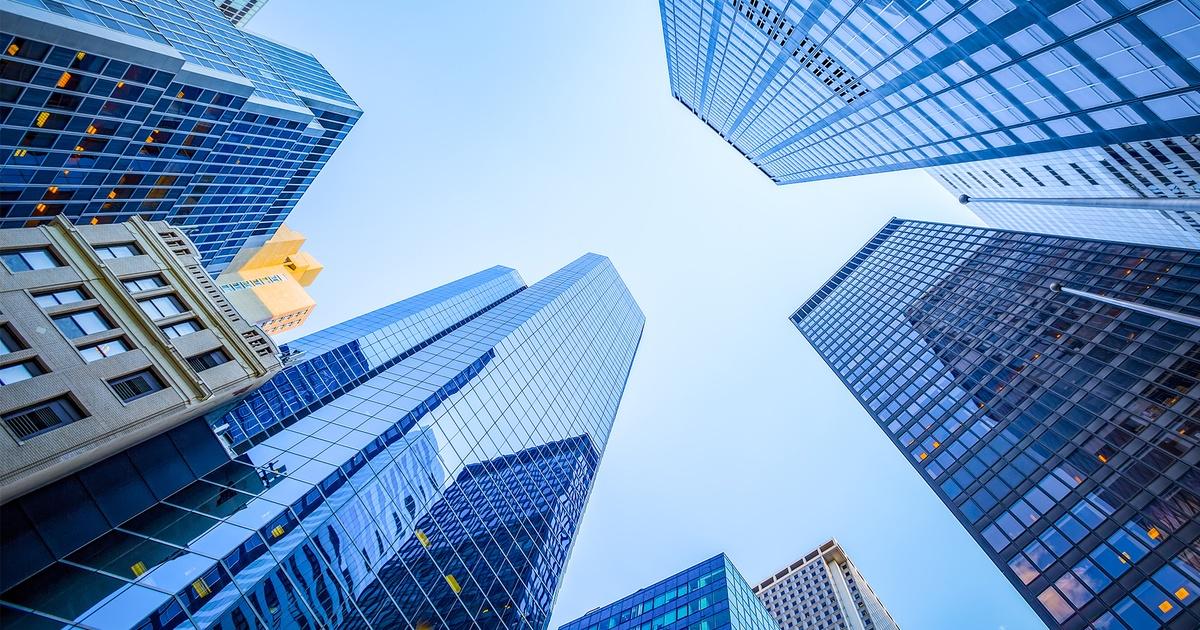 Can skyscrapers be made safer, more efficient, and livable in our rapidly growing cities?

One of the things I remember their safety expert pointed out is that some of the least safe buildings are these kinds of older medium-rise ones, most of which lack sprinklers.

It’s a really eerie coincidence that Nova aired this episode just before this tragedy happened:

Yes! I started reading this thread and just yelled to my sister that the Nova episode just happened in real life. Scary episode and tragic real life story.

Yes, it was started by a space heater. Plus, the doors that were supposed to be closed were left open. Of the 19 dead (so far), nine were children.

Well, damn. I saw this on Twitter today but didn’t click on it, having forgotten that last week’s fire was in PA and assuming it was another story about that

Yes, it was started by a space heater.

Which makes you wonder, why did the tenant need the space heater? I mean, my sister’s Brooklyn apartment has radiators that make it uncomfortably hot unless you open the window. And I have heard stories of landlords in lower rent buildings who just don’t fire up the boiler to save money.

There are 13 victims critically injured so the death toll may well rise. It’s a low-income housing building, so probably not well-maintained.
From one of the NY Times articles, “A city official, who spoke on the condition of anonymity because the fire was still under investigation, said fire marshals believe the space heater had been running for several days uninterrupted. The residents were using the heater to supplement the building’s heat, which was on, officials said.”

Which makes you wonder, why did the tenant need the space heater? I mean, my sister’s Brooklyn apartment has radiators that make it uncomfortably hot unless you open the window. And I have heard stories of landlords in lower rent buildings who just don’t fire up the boiler to save money.

Possibly just because some people like it warmer than others. My mother and sister live in the same two family house and there isn’t any landlord other than my sister to decide not to turn on the heat. My mother often has a space heater on when she is awake because she likes the temperature to be about 80 degrees - and if the heating system gets her apartment to 80, my sister’s will be around 90.

Tell me about it…

Whenever my mother happens to be staying a few days at my house in winter, she not always has my heat going full tilt, but evenings will find her bundled up on the couch watching TV with my space heater on “HIGH”. I tell her over and over not to run it on HIGH and not to sleep with it running because it draws so much current the cord is hot to the touch: Not Good!

Of course, we know that room temperature covers a wide range from 65 to about 80; she likes it up around 400, but that’s another story.

[L]ike requiring they be plugged directly into walls, not extensive [sic] cords.

I wonder how she intends to enforce that?

Yeah, those older buildings never have enough electric outlets. In fact, the building I live in–built in 2013–doesn’t have enough and I use several power bars.

There are 13 victims critically injured so the death toll may well rise.

Actually the opposite happened: 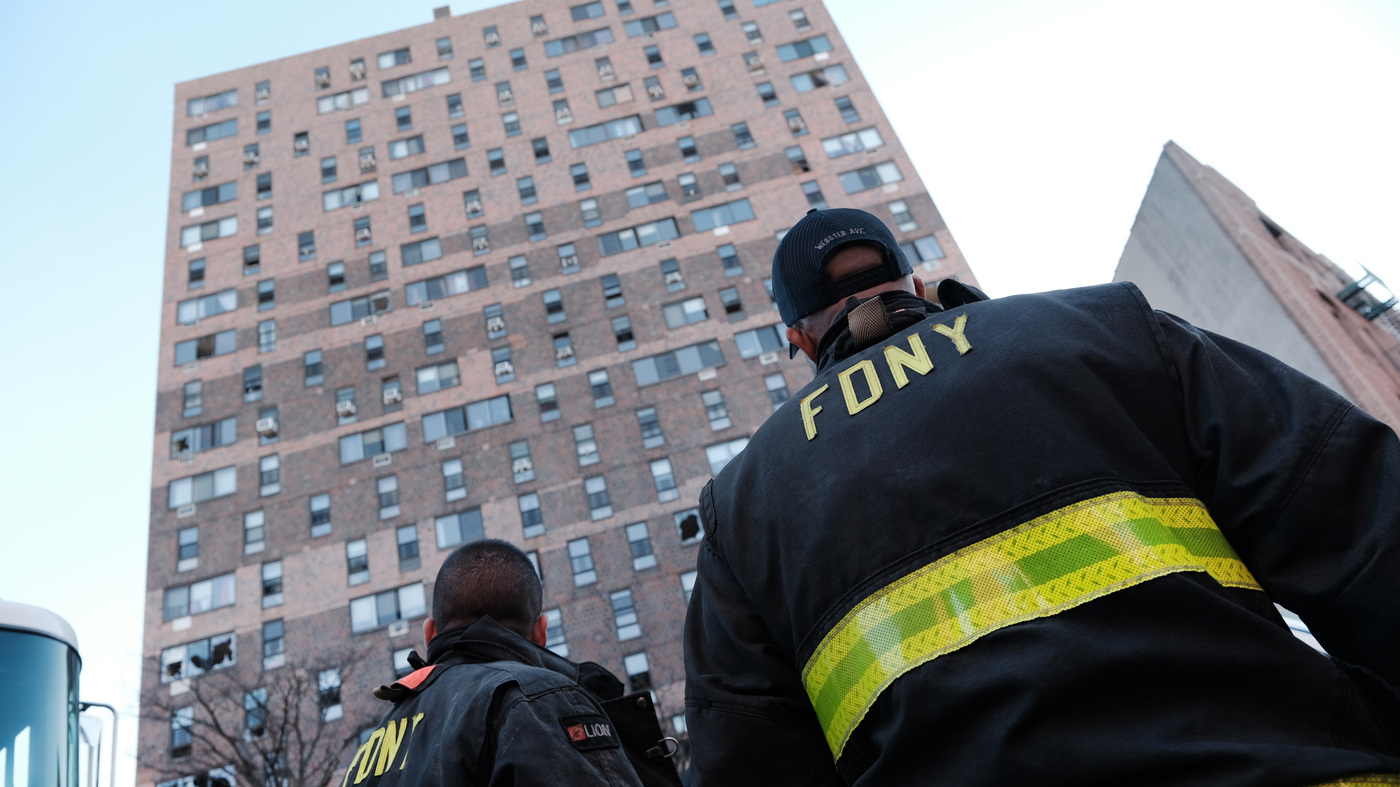 New York revises the death toll in fatal Bronx fire to 17, including 8 children

City officials had said on Sunday that 19 people perished in the fire, including nine children.

It is impressive, that the fire was not that widespread beyond the apartment it started in, but it generated smoke as to overwhelm the entire building.

The reports of a history of “many previous false alerts” making people disregard the smoke alarms probably is a critical part of the death toll. People reacting too late.

And when you think about it, an older building may have a heating system that when set up 50 years ago was “on paper” capable of keeping all units at 70ish, but time takes its toll on equipment and insulation.

In fact, the building I live in–built in 2013–doesn’t have enough and I use several power bars.

I imagine older buildings did not have enough to begin with and conversely relatively newer buildings may assume everyone is using strips and relying on the strip breakers and that almost everything will be relatively low-current electronics rather than something that creates a sustained heavy load.

There are 13 victims critically injured so the death toll may well rise.

I’m glad to be wrong, then.
About the space heater issue, the NY Times article says that many of the victims “are Muslim immigrants from the West African nation of Gambia”, so probably not used to cold weather. It points out that “many people still rely on outdated heaters with minimal safety features, or they do not know how to use heaters safely, fire experts said.” Bronx Fire: Mayor Revises Number Killed to 17, Including 8 Children - The New York Times
(sorry, I’m a NYT subscriber and don’t know how non-subscribers can get around the paywall)