Those of us who lived through it know that this was a tumultuous and significant year for the US. I’m looking forward to seeing what Brokaw does with it. It’s on History and History HD at 9:00 Eastern. 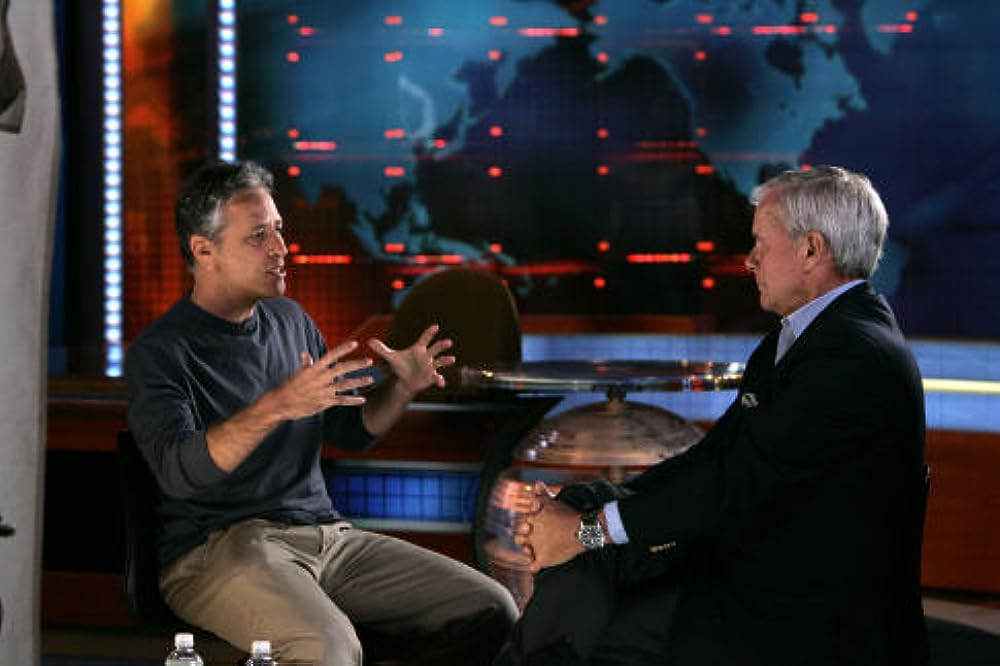 1968 with Tom Brokaw: With Tom Brokaw, John F. Kennedy, Pat Buchanan, Michelle Phillips. Tom Brokaw shares the personal odysseys of people who lived through the chaotic decade of the 1960s.

ETA: Yes, I know how bad the “Hitler Channel” can be. But if we’re demanding better quality, the least we could do is appreciate it when it happens. So please, keep the History Channel bashing per se to a minimum in this thread. I’d like to talk about the show itself before and after it airs. Thanks.

So far, this is great. I’m on about a tweny minute DVR delay.

I hate to let reviews decide for me, but this one was so funny and devastating that I couldn’t watch after reading it.

A theory on documentaries that strip-mine the 1960s: The less fresh insight the program has to offer, the earlier the Buffalo Springfield song “For What It’s Worth” will turn up on the soundtrack. Written by Stephen Stills, that astonishing song (“There’s something happening here/What it is ain’t exactly clear”) came to encapsulate ’60s turmoil so perfectly that resorting to it is a subconscious admission by a documentarian: “I have nothing to say that Stephen Stills didn’t say better in 2 minutes 41 seconds.”

The song is heard about two minutes into the two-hour “1968 With Tom Brokaw,” tomorrow night on the History Channel. Its instantly recognizable two-note opening rings like an alarm bell for the viewer: “Warning: Regurgitation of a lot of stuff you already know ahead.”

I’m waiting for the obligatory footage of a hippy chick gyrating in Golden Gate Park while the opening bars of “Purple Haze” play on the soundtrack.

I hate to let reviews decide for me, but this one was so funny and devastating that I couldn’t watch after reading it.

I’ve seen reviews like that, too. Usually, they’re reviews of games the reviewer hasn’t actually played.

The documentary was excellent, and included interviews with key people of the time from whom we seldom hear, like people who were in the kitchen as Robert Kennedy passed through. People in famous photos and news stories of the time. Their retrospective viewpoints were fascinating. As for the Stills song, it is an anthem for the time, and a documentary on the 1960s without it is like a baseball game without the national anthem. Stills did not have the benefit of forty years of hindsight. The reviewer is an idiot in my opinion. Probably a New York Times copy editor.

Thanks, Lib, for bringing this to my attention. I’m so glad it’s going to be aired again. I would’ve hated to miss this. My best friend at work - hell, best friend in Seattle - sits right next to me at work. She’s 5 years younger than me, but has an older sister my age, and we’ve been having a lot of conversations lately about the effect this era had on our parents, especially this particular year. I think I’ll invite her over to see it after I DVR it - it sounds fascinating!
Damn, I am getting old! Just thinking about that two-note opening is getting me a little verklempt…

I didn’t know it was going to re-air, but I’ll give you just a small tidbit to whet your apetite:

There’s an interview with Cleveland Sellers, one of the original Black Power activists (after first having embraced King’s message of nonviolence). There’s also an interview with his son, Bakari — who at the age of 22 and still in law school, has been elected to the South Carolina House of Representatives. He is from Orangeburg, the location of a deadly race riot. What a difference 40 years can make.