The area named Badwater is located in Death Valley. It is 266 feet below sea level.

They are having a rather warm evening today.

But it’s a dry heat…

But it’s a dry heat…

That’s like saying “I had the heaves, but they were the dry heaves.”

That’s like saying “I had the heaves, but they were the dry heaves.”

Considering that the record high in Death Valley is 134°F, the hottest temperature ever recorded anywhere on planet Earth, 121° is downright frigid.

I live in a decently hot climate (97° over the last three days) but I did get a good laugh the last time I visited Phoenix, Arizona, where the weatherman described 105° as “a break from the heat.” :smack:

Where I live, the weather bureau says it “feels like” 105-110 every day in summer, sometimes higher. I walk 2 km to the supermarket to do my grocery shopping anyway. No big deal. On such days, I prefer to go at about 2 pm, when the humidity is less than 100% (which it always is at dawn), there might be a cloud or two, and even enough sea breeze to rustle the leaves. I sit in the shade, eat a pint of ice cream for lunch, and walk home.

I’m near there - I’m driving from Arizona to the Sierras, and I had planned to camp out in Death Valley tonight, but decided to bail to a hotel in Pahrump. The car thermometer said 113 near Vegas.

I’m driving through Badwater tomorrow. 120 will be interesting if it gets there again.

Last time I was in Death Valley it was only 108. It wasn’t really a problem since I had a room right across from the pool at Furnace Creek Ranch. I love that pool, especially at sunset–you can float in the 82 degree water and watch the mountains change color and the stars come out. It’s magical.

Well, I wish I could say that I feel like a bit of a baby for bitching about 104 yesterday, but I don’t. On the other hand, I don’t really mind it when the temps are below zero. I think the folks around here are rather funny when they’re putting on their down jackets when it’s 65 out. To each their own, as they say.

blondebear You have piqued my interest about Death Valley. I may have to visit.

It was 85 in my backyard today, and I thought I was melting. You can keep your 100+. Give me two feet of snow anytime.

It was around 114°F here today.
Dry enough that it didn’t feel that bad.
Still, it’s hot.

I’ve experienced 120+ degree heat, while hiking through Horseshoe Canyon in Utah. It was hell.

It was around 114°F here today.
Dry enough that it didn’t feel that bad.
Still, it’s hot.

Yeah, my in-laws live in the Phoenix area, and we usuall make a trip there the week of Thanksgiving, so the weather is fine, but one year we went in July. The whole week we were there the highs were anywhere from 105F to the lower and mid-teens. I’ve always joked that this “dry heat” stuff is just a pile of bullshit–it’s still freaking 115 degrees out!-- but, you know what? I found it far more tolerable than muggy summer Chicago days in the 90s. At least I wasn’t drenched in sweat. 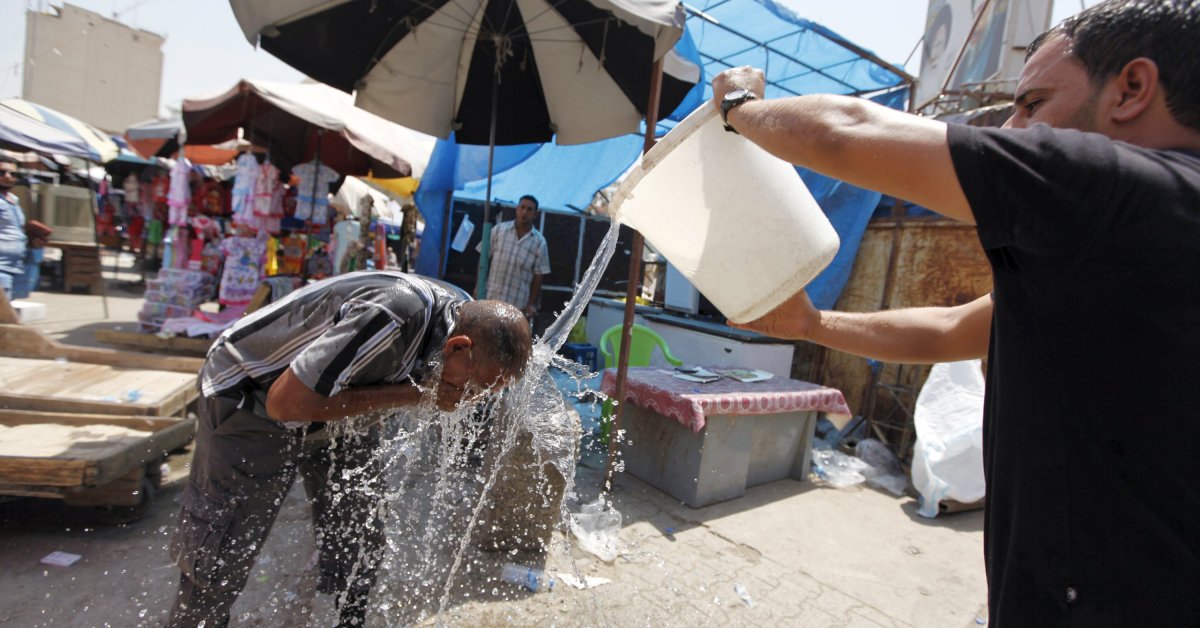 The Temperature in This Iranian City Just Hit 164 Degrees

Eat your heart out, Death Valley

Try working on a roof in the middle of the day in heat like that! I did that once and thought I was going to faint.

That was the heat index, not the temperature.