Does anyone have any idea of the year, title and artist(s)
who performed a pathetic song about mines and cannibalism?
The chorus had the name “Timothy” in it.
The tune still torments me to this day.

Timothy was the only hit record for the Buoys, in 1971.

According to Wayne Jancik’s One Hit Wonders, Rupert Holmes, later best known for Escape (The Piña Colada song), purposely wrote the tune to be controversial and get attention. He said he thought of combining mining and cannibalism when he was listening to the Galloping Gourmet cooking program, while working on an arrangement of an 50s mining tune, 16 Tons.

The executives at the record company apparently released the song without ever having really listened too it, then frantically tried to claim that Timothy was really a mule, not a person. However, Holmes is frankly offended that people would think he would write a song about eating a defenseless mule – in his words "To this day, people come up and ask me, ‘Was Timothy a mule?’ I tell them, ‘No, he was a man–and they ate him.’ "

The song, however, was completely fictional, and not based on any real events.

The song, however, was completely fictional, and not based on any real events.

Unlike the song about Alfred (Alferd) Packer…

The band “Trotsky” also did-up a song about Alferd, and Trey Parker & Matt Stone did a whole musical on him. There’s the Alferd Packer Grill at University Memorial Center (University food service!), and host of other bizarre items.

Here’s another song about Alferd Packer, by C. W. McCall of “Convoy” fame:

Let’s not forget the one hit from British one hit wonders, Total Coleo, “I Eat Cannibal.”

And let us pause for a moment of reverent remembrance of Screamin’ Jay Hawkins, who gave us many wonderful songs including Feast of the Mau Mau.

the group was called the bouys, and the year was I believe 1972(?) the song is available on a Dr. Demento CD. Check with Rhino records.com to order

Cannibalism? I had always assumed that Timothy was a chicken.

*Originally posted by MikeLBlinn *
**the group was called the bouys, and the year was I believe 1972(?) the song is available on a Dr. Demento CD. Check with Rhino records.com to order **

Actually, “Timothy” entered the Billboard Top 40 on April 17, 1971 and stayed on the charts for 17 weeks. So its time of greatest exposure would have been May and June of 1971.

The Buoys, who were from Wilkes-Barre, Pennsylvania had a follow-up single, “Give Up Your Guns,” that was actually pretty good. The Top 40 station I worked at that summer of 1971 played it for a few weeks. It reached #84 on July 3, 1971.

By the way, I have the picture sleeve of the “Timothy” single. From memory, it shows an alleged “letter” from a teenage listener in which the hint is dropped that maybe it’s a mule they’re singing about, but she’s not really sure. This was apparently the record label (Sceptre)'s attempt to diffuse the controversy.

“The Reluctant Cannibal” (“Eating people is wrong!”) by Flanders and Swann is from their CD “At the Drop of a Hat”.

There’s also Raymond Scott’s instrumental, “Dinner Music for a Pack of Hungry Cannibals”. An arranged excerpt is heard in the cartoon “The Big Snooze” where Elmer quits and Bugs invades his dream. The music shows up at the point when Bugs turns the dream into a nightmare.

… and “Friends” by The Police.

The song you’re thinking of is called “Timothy”. Here is what Wikipedia says about it: ““Timothy” is a song written by Rupert Holmes and recorded by the Buoys in 1971, presenting the unnerving story of three men trapped in a collapsed mine, two of whom apparently resort to cannibalism against the third (the titular character Timothy). Despite being censored or even banned outright by many U.S. radio stations[which?] due to its subject matter, the song managed to reach #17 on the Billboard Hot 100, making the Buoys one of the most unlikely one-hit wonders in American music history”. Hope this helps! 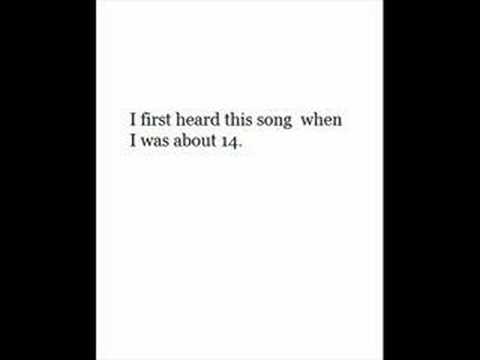 Oh crap. This was a zombie thread. I swear I only looked at the post above.

If you eat a zombie, is it cannibalism?

Or, if you accidentally eat somebody, does that count?

If you eat a zombie, is it cannibalism?

I’m gonna drive a stake through the heart of this one, then cut off its head and fill its mouth with garlic, and bury it at the crossroads.

Or maybe I’ll just close it.

Lynn
For the Straight Dope