Recently i stumbled upon a Youtuber who, as far as i could tell, bought and sold Magic The Gathering cards for a living, but not only that, he INVESTED in Magic cards.

He claims in one video, MTG cards run an average of 7% appreciation per year.
Another “fringe” investment idea i heard was, what i can only describe as “lobster growing”

The interesting thing about the lobsters, from my brief Googling, is that they grow 40% per year! Not only that, but once they get to larger sizes, the price per pound increases by 20-30%! Obviously there is certain expenses that go with raising a lobster, but a pretty cool idea.

What are some alternative investment ideas you guys have run across?

Well… that’s not a great rate of appreciation for something you intend to flip at retail. Ebay + paypal fees are around 12-13% of the sale cost and if you sell more than $20,000 per year Paypal sends the IRS a tax notice so there goes a good chunk as well. Making (say) 20% to 30% net over purchase on average on small transactions is barely worth the effort plus you have to account for the carrying cost if he used credit to buy them.

Not a great “investment” IMO.

No, not remotely a good idea.

I suppose it is possible to arbitrage Magic cards for profit, but like any collectible it represents paper wealth that can evaporate quickly in response to market conditions. Should MtG go out of fashion at some point - and it inevitably will - the cards will be worthless, or at a minimum worth little.

As for the lobster thing? Right. Good luck with that.

We used to have a large Japanese population in the south bay here in So Ca. Many of them could actually make a living growing special plants in a large backyard. I don’t see much of that anymore.

Lots of people will tell you that buying guns at retail is an investment. Because after the gun-grabbers finally grab the guns they’ll be worth lots.

We recently had a thread on people buying “bricks” of .22 ammo at Walmart as an investment. More like “investment” in my book.

He claims in one video, MTG cards run an average of 7% appreciation per year.

Has the guy also tried investing in all the other CCGs that have come and gone? How much of a return does he get when he also includes the current value of Spellfire, Battletech, Star Trek, etc. CCG sets he “invested” in?

Any idiot can be Warren Buffett with hindsight. And with only 7% returns, cherry picked from the rest of the failed oddball schemes, this guy ain’t even the Warren Buffett of MTG…

The interesting thing about the lobsters, from my brief Googling, is that they grow 40% per year! Not only that, but once they get to larger sizes, the price per pound increases by 20-30%! Obviously there is certain expenses that go with raising a lobster, but a pretty cool idea.

Lobster farming is difficult: The crustaceans grow slowly, eat a lot, and are susceptible to a very contagious disease, and their eggs are difficult to raise. 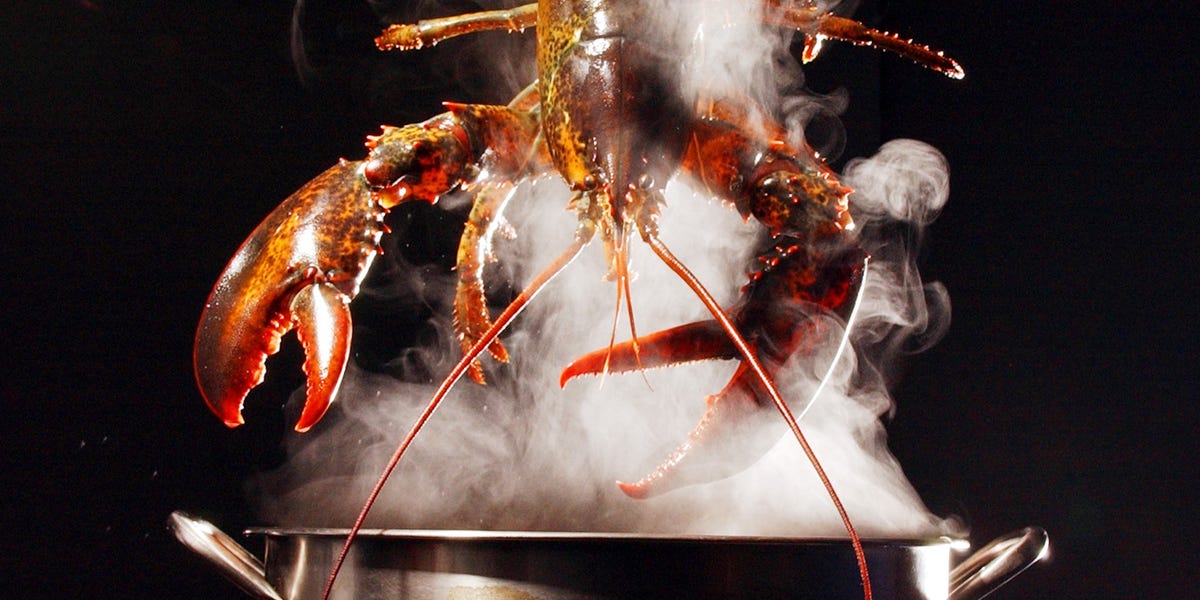 Science explains why lobster is so expensive

We do it to ourselves.

Creepy Rudy will get you every time.

A friend’s 14 year old son has done well in the shoe business. He arranges a ride to the mall when a shoe release is happening, and he buys several pairs. He then sells the shoes on eBay for a profit. This started with his small savings account and two pairs, but it has grown to the point where he has two partners in the business.

The kid started this a year or so ago and has built a small empire.

Has the OP tried farming? You can’t lose! The Mitchell and Webb Situation - Farming - YouTube