American Dopers, what would make you emigrate from the US?

The anniversary of the 1-6-21 insurrection and discussion about how democracy in the US is in peril had me thinking about this question: Is there any hypothetical situation where you can see yourself saying, “That’s it, I’m outta here!”

Do you have anything that automatically triggers a "favorite catch phrase" from TV or the movies?
The_Other_Waldo_Pepper January 7, 2022, 12:22am #2

I think if Trump got elected in 2024 I might give up and emigrate.
There might be some others.

As to where? I would consider Malta and Costa Rica, Panama.
I would have to look into Peru & Ecuador. I understand Denmark may not be to hard to buy a citizenship to.

Is there any hypothetical situation where you can see yourself saying, “That’s it, I’m outta here!”

So I’ll answer the hypothetical - while I don’t believe it will get bad enough in my lifetime (say 20-30 years left based on my current age) to honestly consider emigrating - I could see a hypothetical where the Religious Right goes full on Yihawdi and requires adherence to a certain quasi-Christian sect (probably with some sort of Orangish Golden Idol as a patron saint) and I contact Israel about the Right to Return. Not because I’m particularly religious, but because I want the hell out of what has become a true theocracy and I’m not wealthy/skilled enough to attract most of my other preferred choices (Not to mention, in that hypo, I definitely don’t want to be anywhere in North America while the US is under that sort of leadership).

Well, I did it eleven years ago.

At the time, it was because I was in a serious gay relationship with a non-American (a Briton), and our only options were break up, permanent long-distance relationship, having him live in the US illegally, or emigration. I chose emigration.

That situation was resolved in 2015, by which point we were legally married citizens of Canada (I was already a citizen by virtue of a Canadian parent, but had never lived here prior to (e/im)migrating).

What keeps me here are combinations of the following, in order:

I’d consider it if it were a simpler process.

I don’t have a fully formed opinion on “open borders” as a response to immigration problems. But goddam do I think all the hassles of international travel are huge pain in the ass, before we even get to emigrating. You can’t travel without some silly paper booklet? What is this, the 18th century? There’s no better way than that? But I digress.

If there weren’t so many hurdles, I’d certainly consider living somewhere else. Or several somewheres. I think it’s weird that we mostly grow up and live in the same place we were born.

You can’t travel without some silly paper booklet? What is this, the 18th century? There’s no better way than that? But I digress.

I don’t think that there was any real requirement for any formal documentation prior to the end of World War I. Even in the 19th century if you wanted to live somewhere you just moved there. The introduction of modern passports was largely to allow control of international movements.

I’d leave today if I could. I had plans to emigrate to Scotland when I retired but they changed the laws making me ineligible. The other countries I would move to (Europe) also have strict retirement restrictions. I’d leave because I don’t like the political climate (even though tRump isn’t in office his legacy is too strong for my comfort). I’ve pretty much given up on Americans knowing how to live in a society.

Q: American Dopers, what would make you emigrate from the US?
A: The right opportunity to do so.

If an opportunity to move to Canada or Great Britain came my way, I’d take it in a heartbeat. The problem is I rely on my salary to have a comfortable lifestyle, and I’m not readily employable in a foreign country, not at a level to support the standard of living I currently enjoy anyway. (Too old, too calcified, hanging on till retirement by my teeth.) My retirement in America will necessarily be quite frugal, and any country I moved to would need to be cheaper than the U.S.

I think about moving to much more affordable countries – Central America, Southeast Asia, etc. – but I think the language and cultural barriers are recipes for unhappiness and regret. Also, I’m gay and gay-married, so must live in a place where that’s an unremarkable thing. Hell, I’m afraid to move to most places within the U.S., let alone out of the country.

Nothing. If I’m leaving the US permanently it will because things are so bad I have to leave as a refugee rather than an emigrant.

Finding a cool country that will have me.

I’d rather get out of here now - things are going to get a lot worse and we’ll probably have a massive wave of American emigration and it’ll get harder. Few countries worth living in make it easy to immigrate to their country. You need special skills and have to meet other requirements. I’m working on a grad degree now but I’m years away, and some countries require licensure in the field which requires 2-3 years of post-grad work.

I think a 2022 coup is already essentially done with and 2020 was the last free election the US will have. We’re headed into some ugly times where the fascists are becoming more radicalized and I don’t see this getting any better, especially as the AI tools to radicalize us through social media are only getting better.

People are basically relying on the institutional norms and longevity in the US, thinking that we’ve had such strong institutions for their entire lifetimes, that they’ll hold. But laws only work if people are willing to enforce them. We saw an amateur hour violent coup attempt that basically didn’t get punished at all. The justice department isn’t doing shit, the democratic party isn’t doing shit, we’re basically saying it’s okay to keep on working on that coup of yours until it works. The official republican party line is that the 2020 election was stolen and that they have to take action to prevent that again - basically, they’re telling us openly that they’re going to hijack the election process and here we are doing absolutely nothing about it. The Republicans have more or less openly said “hey, we’re doing a fascist coup” and the response from everyone has been, more or less, like “oh hey, don’t do that. also, everything is fine and normal.”

I think we missed our opportunity to fight against it, and there is basically no hope that the US will remain a functioning democracy going forward, as limited as that was before.

I think a lot of Americans assume they can just move somewhere else because the US, itself, has pretty open immigration. But that’s not really true. Very few Americans are going to be able to move to another developed country.

If I was single I’d likely move to New Zealand. As it stands, I’m planning on scheduling international vacations around the time of future presidential elections, just in case there’s a successful coup. Then I wouldn’t have to worry about leaving the country. I could just apply for asylum wherever I happened to be.

I’d actually like to live somewhere else, having not done so as of yet. That part is not about hating America, it’s about wanting to see what other experience might be like.

I’m 63 and okay financially but not wealthy and far from confident of my ability to market myself to some other country.

I’m quite worried about the political tone and the direction things have moved in over the last 20 years (and somewhat for the last 55) which could increase my motivation but doesn’t directly do much to affect the bit about “who will invite me in?”

I already have one foot out the door, in fact. I’ve long been contemplating a move to Taiwan (I have “halfway citizenship” in Taiwan; it’s a weird situation.) The only two things keeping me back here in the US are that the pandemic would make a move back to Taiwan highly complex for now, and also that my job in America still pays me a lot more than anything I could earn in Taiwan.

But if I got laid off tomorrow, yep, I’d be heading there.

I mean, really, the right circumstances. The OP is framing this as some type of weird political proposition for some reason, but that’s dumb. Most of us are going to move to places with worse governments! If you can ignore Mexico’s government, you can sure as hell ignore our own.

The Portugal Golden Visa is looking appealing. It opens the passport door to the EU, but you really have to be able to ignore the government there.

Although it is technically part of the U.S., if allowed I would move back to Guam. I have relatives there, and it is a pretty laid back place.
If Guam is ruled out, Maybe Panama.

Nothing. If I’m leaving the US permanently it will because things are so bad I have to leave as a refugee rather than an emigrant.

In my OP, I should’ve specifically included leaving as a refugee because that possibility was one of the motivations I had for starting this thread. In particular, it was this article from The Globe and Mail (the relevant section is toward the end. 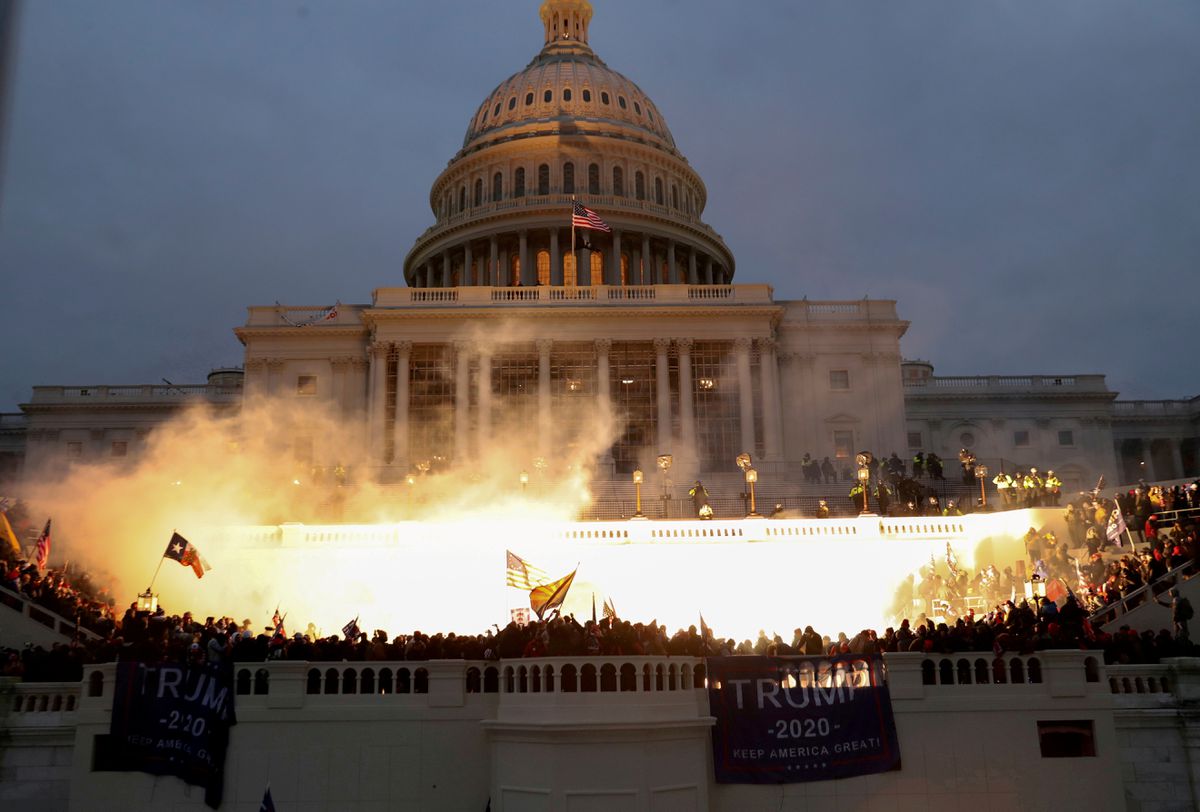 Opinion: The American polity is cracked, and might collapse. Canada must prepare

The U.S. is becoming increasingly ungovernable, and some experts believe it could descend into civil war. What should Canada do then?

I already did, several years ago. I’m now in Western Europe.

We are taking active steps to acquire full citizen status and make the move permanent, potentially up to and including renouncing our American citizenship.

We moved for complex reasons, but after a number of years here, the number one reason we’re staying is healthcare. Until you actually experience a properly run medical bureaucracy outside the U.S. profit-based system, you have no idea how badly Americans are being ripped off. Yes, you know it’s bad. But you only think you know how bad.

There are some situations under which I’d consider emigrating, I’m not unwilling, but the problem is that no one else wants me - too old, no in-demand skills, and not enough money to simply move there and live.

So I don’t ever see being able to emigrate. If I leave permanently it will be because I’m a refugee.

That still leaves “where to go” and “how to get there”. Canada is closest, and maybe they’d be amenable to me as a refugee (hey, I even know some French!). It would be my first choice but, again, I’m not sure they’d want me.

Maybe Israel would take me under Right of Return, but my status as “Jew” is a bit ambiguous. Also, if the US falls I think Israel is toast so that would be falling out one frying pan into another before falling into fire so not attractive to me. Also, I have a LOT of problems with the government of Israel so I know some of my views will be very unwelcome.

Other than that - who is going to take Americans as refugees? There would have to be a major shifting gears before that happens, and I think by then the world would likely be in a free-fall.

But, assuming they’d take me, I’d be willing to go pretty much anywhere in the Anglosphere and some (but not all) places in the French speaking world. After that… it’s anyone who would take me. Hope Duolingo is still functional and has a unit in their language.