Please do not read the thread if you don’t like spoilers and haven’t seen the shows yet.

Also, for those who want to say nothing more than they’re not watching anymore, there’s already a thread just for you!

I’m expecting tonight to be pretty good. I think the men, overall, are better than the women this year. The two I like best are David Archuleta (17) and Michael Johns (29). Naturally, that means they will crash and burn at some point. Anyway, I didn’t see a thread yet, so here you are.

I thought they were live now. You’ve already seen it?

I think that’s more of a warning for the DVR crowd (like myself) who might be tempted to peek after the telecast but before they actually watch the show. Which brings me to a story…

We popped the popcorn. We had printouts of the cheezy Excel voting sheet I made up. The Littlest Briston was in bed, we had our feet up on the coffee table, and we were ready for some Idol, baby!

Then we noticed the little “record” light wasn’t glowing on the DVR box.

I was certainly glad we didn’t miss it, but man was I bummed…I was really in the mood to snark on people last night. Ah well…

I want to see that skinny guy that looks like he traveled here through a time-warp from an eighties hair band.

I caught up on the Hollywood episodes yesterday and am now officially ready for the season.

I had a vaguely naughty dream about Michael Johns last night, due in no small part to three hours of Idol viewing. I don’t have any out-in-front favorites right now, but I’m definitely more interested in seeing how the male contestants do this season.

Aww, how nice. American Idol is still putting up news about Justin Guarini. 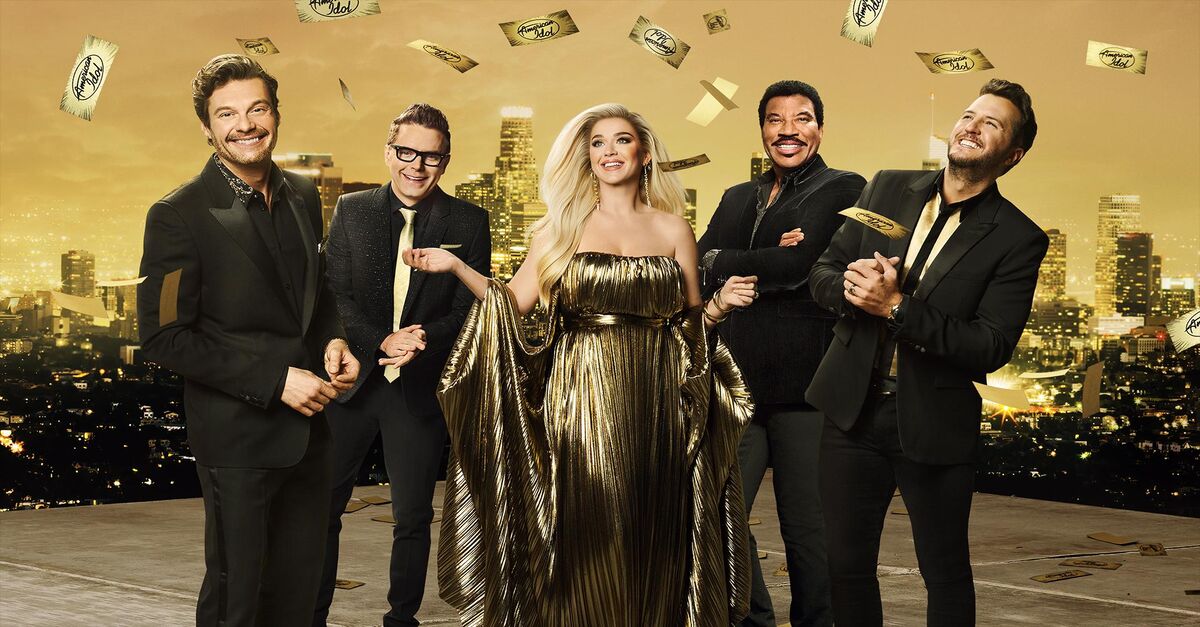 Like Syesha in the Ford commercial…
Carly’s second chance at stardom - she already had a flop album a few years ago…and happened to work at MCA records when Randy was with A&R…
David Achuletta’s prior Star Search…and the time he sang for Season 1 contestants…
And many more!

I love the show, but I’m getting a little pissed at the producers. If you’re going to pre-select the contestants, fine, but then don’t pretend to be a show that makes nobodies into super stars.

Jeez, that does kind of take the shine off…

I’ll say it now and get it out of the way: what is that crap in that guy’s bangs? My high school gym teacher called, and she wants her Frost-n-Tip back.

You cannot convince me that isn’t Leif Garrett’s little brother or something. You just can’t.

The VFTW article is pretty stupid, as far as I’m concerned.

First of all, their whole concept is stupid. Just because they have some perception of what Idol intended itself to be six years ago, they take upon themselves a mandate to ruin the show for people who still want to watch it. They claim they’re punishing the producers of Idol, but that’s like saying you’ll punish Wal-Mart by purchasing the items they advertise least or the items that other people won’t purchase. They contribute to the vote count, which Idol then uses to pimp itself to advertisers along with ratings. “Looka here! People don’t just watch, they participate!” That’s just stupid.

Second, they fuck up the chances of people who genuinely do have talent and genuinely deserve, as much as they work hard for, a chance to succeed. Whether it’s a first chance or a second chance or even a third chance, so what. If nobody likes them, they’ll be out quick enough. But the VFTW people are doing exactly what they claim the producers of Idol are doing — shoving down our throats the ones they want us to see. That’s also stupid.

And frankly, the whole article reads like an intelligence report about Iraq prior to the invasion. According to VFTW, one of the contestants simply MUST have a connection to Idol producers because someone who wrote a song she once sang also wrote songs that Idol winners have sung. The writer in question is Danielle Brisebois, who also has written songs for Cher and other artists and has a singing career that includes Annie on Broadway. So I reckon the Idol contestant also has a connection with Cher, Broadway, and Babs Streisand (who once wanted to adopt Danielle). That’s just stupid.

A pleasant, if enigmatic, promo video.

You cannot convince me that isn’t Leif Garrett’s little brother or something. You just can’t.

I thought Leif Garrett’s little brother was on Survivor. Do you think they’re twins?

I asked last week and no one answered-- probably because I post far too much in Idol threads-- is Jason Yeager the prom queen from the auditions?

I don’t think so, BG, but I could be wrong about that.

What the fuck is Chikezie wearing? Who told that guy that a fire-engine red suit was a good idea? He looks like Clifford the Big Red Dog.

Am partial to the Spanish guys cuz, well, being Puerto Rican makes me that way. I think Dave is cute and can sing. Nothing special but not bad at all. He’s sorta cute. And he did lose it at the end.

He needs to sing shirtless. That would totally get me on board.

Yeah, I totally agree with Simon.

Chikezie is bitchy, which doesn’t go over well in early voting rounds. I think he might be gonzo soon.