Any Blu-ray players out there with DisplayPort outputs?

I’d like to plug a Blu-ray player in to the glorious diaplay on my iMac. The iMac has a connector that can apparently serve as a video input, but it is a “mini DisplayPort” connector, a new standard that Apple has decided to gift us with. Looking around the net, I see various video cards, PCs, and monitors that use the DisplayPort and mini DisplayPort connectors, but no BluRay players. Do such things exist? If they don’t, are there adaptors that will take regular HDMI signals and transform them to DisplayPort or mini DisplayPort?

This page has info on the devices you’d need to convert an HDMI signal to a DisplayPort signal.

I read a similar article about two months ago, and was wondering whether things had moved along. Yes, I’m interested in whether anyone else has released new adaptors or something, but if there are BD players already with DP, that would avoid the whole problem. I hope.

Copy protection is integrated into HDMI. The player will drop resolution from 1080p if it’s connection to a non-hdmi source. HDCP will definitely bite you in the butt.

In perhaps the greatest disservice to the general consumer market yet perpetrated by players in the electronic entertainment industry, it has been revealed that next-generation DVD technologies (HD-DVD and Blu-ray) will only function with monitors and HDTVs with HDMI or DVI connections.

Hollywood is applying an iron fist in their aim to control the next generation of the home-theater experience. You know those previews on DVDs that you can’t skip through? That’s only the beginning of the ways Hollywood wants to control your entertainment experience.

I’m sticking with laserdiscks. I have no plans to purchase Blu-Ray.

You see Blu-ray uses a new copy protection mechanism called AACS and as part of the specifications is something Image Constraint Token (ICT), which all Blu-ray movies carry. Basically, this allows component output to be disable or limited to lower resolutions 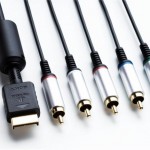 Ever tried to play an upscaled DVD on your DVD or Blu-ray player through component cables? Well, unless you have one of those Asian players that the MPAA hates, then you won’t be able to, all thanks to a quirky copy protection rule that’s frankly...

But I thought DisplayPort supported HDCP?

Edit: yes, aceplace57’s first link mentions this. SO now the other question is, did Apple incorporate whatever HDCP needs into the iMac?

Well, here’s an update. I have just ordered the Atlona AT-HD620 Mini-DP and HDMI scaler and switch. It accepts HDMI with HDCP, and scales 1920 x 1080 HD video up to the iMac’s native 2560 x 1440 resolution. I can plug my existing BD player into it, as well as another mini-DisplayPort source.

I guess it’s a bit late now, but of academic interest: did you consider buying an external USB or Firewire Blu-Ray drive for your Mac?

I guess it’s a bit late now, but of academic interest: did you consider buying an external USB or Firewire Blu-Ray drive for your Mac?

On both OSes, the drive works; I can read and write BD discs, but not play commercial movies.

How does it look? In my experience (none with modern iMacs), even the best computer monitors tend to make relatively poor TVs. That, combined with the current pricing on small LCD TVs (in the size range of the iMac) would make me wonder if this is really worth the trouble. You can get a TV for not much more than the cost of that box.

Sahrding, I’m sure it looks great - I remember seeing similar threads on gaming boards from people wanting to use the HDMI output from their XBox 360 with the new iMac, and those that have done it have said it looked just as good as an HDTV.

I think that some people sit too close to the screen though, at the same sort of distance that they would normally expect to sit if they were using it as a computer, and so the image looks a little fuzzy - try doing that with your normal TV. You’ll see the picture doesn’t look so good from 3 feet away.

How does it look? In my experience (none with modern iMacs), even the best computer monitors tend to make relatively poor TVs. That, combined with the current pricing on small LCD TVs (in the size range of the iMac) would make me wonder if this is really worth the trouble. You can get a TV for not much more than the cost of that box.

I have a smaller monitor with HDMI in, which I got for around $200, that I used with the BD player. But the Mac has a larger and better screen, and I’m trying to reduce the amount of Stuff I have. I don’t actually have a television receiver as such; I just play movie discs. If I ever get a tuner or cable/satellite box, I’ll plug it into the Mac as well.

When I turned the scaler box on, the Mac automatically detected the new signal and switched over. (The Mac has to already be on for this to happen, and any programs that are running just continue to run. According to the help, you can press Command+F2 to switch between the computer and the external input.)

How does it look and sound?

Chunky non-antialiased graphics, such as those my cheap disc player creates, don’t look as great, because they are scaled up and interpolated. If you back off, they look tolerable. Here, I think I have been spoiled by the menus and prompts of the Mac’s native presentation software, which is of course displayed at full Mac resolution, even if the movie discs the Mac plays natively are DVDs and therefore fuzzier than Blu-ray. The Mac does do a dandy job of interpolating and upsampling standard-definition DVDs though, and of course it can play high-definition video files.

The audio also passes through the HDMI and mini-DisplayPort cables. There is no separate analogue audio connection needed; audio comes out the speakers on the bottom edge of the Mac. There is a pair of stereo RCA jacks on the scaler box for reproducing audio from the HDMI stream if you are sending the video to a different DP monitor that has no built-in speakers.

While I’m looking at the DisplayPort input video, the computer’s infrared port is still active, and I can use the remote to stop iTunes or other player programs if they’re still playing. I

The ultimate solution, of course, is for Apple to bite the bullet, and put HDMI in and out on the next iMac and include a BD drive and player software. And yes, I know that involves a lot of lawyering up and licensing and protected content paths and whatnot.

The ultimate solution, of course, is for Apple to bite the bullet, and put HDMI in and out on the next iMac and include a BD drive and player software.

They’re halfway there. The new Mac Mini announced today has 1080p HDMI out as well as DisplayPort, but still no BluRay.

They’re halfway there. The new Mac Mini announced today has 1080p HDMI out as well as DisplayPort, but still no BluRay.

I saw that. Interesting.

I know for a fact the DisplayPort to HDMI adapter that ships with a lot of Dells is only a <$20 option (And they also have DisplayPort to DVI adapters also <$20) so they can’t be doing much but repinning at those prices.

For someone to make a “Made for the Apple iMac” product and charge $149 for it, well, I can see exactly how there’d be a market for that but I don’t want to thread crap.

Right. The OP is looking to use his the mini-DisplayPort INPUT on his large display iMac.

Mini-DisplayPort output adapters are relatively cheap and ubiquitous, as evidenced by monoprice’s offerings.