Anyone can identify this (dramatic) music theme?

Hey, anyone know where this music theme comes from? Or is it original?

I have tried Shazam and Soundhound but to no avail.

Couldn’t hear it over that idiot blathering on and on.

Sounds as if it might have come off a soundtrack album of Live and Let Die…?

It’s similar to, but not quite, the Iron Chef America theme. Maybe one of the show’s offshoots?

Where did you get it from? Is it from a trailer? It sounds similar to music by E.S. Posthumus.

Could also be something by Brand X.

It definitely sounds like the opening music (or the “dramatic reveal” music) for a competition reality show.

Thanks for the suggestions.

Where else can I post for people to help me identify? Is that a forum elsewhere of music experts (of course not to say you people aren’t!)?

Unless you have reason to suspect otherwise, I suspect it was originally composed for whatever show the narrator is talking about there. There are a lot of tunes shuffling around in TV music that sound like that.

It’s quite likely it’s not original.
This comes from a TV show trailer that is originally filmed in Taiwan, but this version is dubbed in Mandarin.

The soundtrack for this drama is of a different genre… more slow paced and Oriental. This theme song is too ‘Western’ for this kind of drama. And I doubt the TV station who bought the drama will spend money to compose a unique trailer music for it.

It is likely this track is borrowed from some other soundtrack… but where??

Are you purposefully being vague about where this music comes from? Why don’t you say the name of the show? Maybe then we can actually help you. 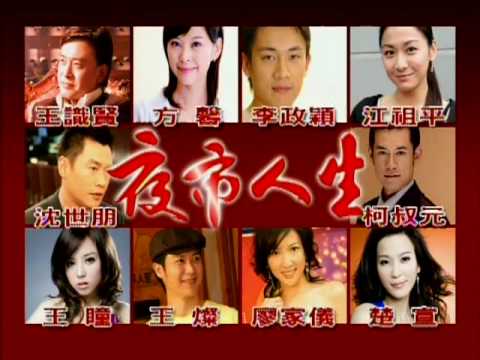 It is likely the trailer music is borrowed from a Western soundtrack. As you can tell, the original music is a different feel.