Anyone else hearing a lot more fireworks this summer? 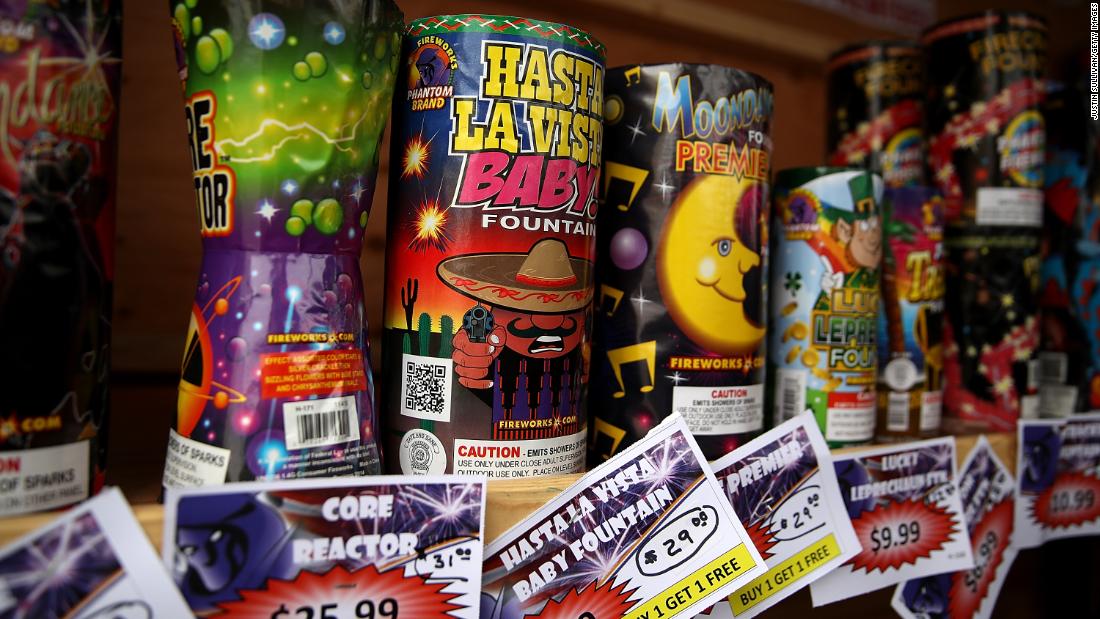 It's not just you -- there's a sudden wave of fireworks exploding in cities...

The Fourth of July is still over a week away, but the skies light up every night -- and early morning -- in major cities across the Northeast and West Coast. Officials have had enough.

Most summers we hear them going off only around Independence Day, or after a big win by the home team. For several weeks now, though, we’ve heard them just about every night.

Yes, here in the Sacramento area and I’m seeing lots of reports. I saw a post somewhere about how these tie into a Q theory that is floating around out there, but I didn’t bother to read the details.

I’m definitely hearing more fireworks in San Francisco. Usually when I hear fireworks I mentally check to see if it’s a holiday, or time for a sports championship to be declared. But over the past two weeks I’m hearing more and more without any obvious reason.

Yes, all of the time in fact. My daughter just asked the other night what was going on, I have no idea.

Where do you live? I’m in NE Ohio.

Me too. And there was a report on the news about someone in San Jose who said that dozens of people were gathering to launch a fireworks show of fireworks.
The cops said that they’d do something if they got around to it. The police in general seem to do very little, so little that calling isn’t worth it, then say there was no problem because no one called.

I live in a small town out in the country in Tennessee. I heard “something” in the distance a couple nights in a row. I wondered what it was. I thought it might be fireworks, but that didn’t make sense. The next day I saw the article mentioned. And I heard it again last night.

I’ve heard fireworks every night for over a month now. On the Nextdoor app, a liason for the local police said that over 700 pounds of fireworks have been recently confiscated and 3 people have been arrested. More than 3,000 illegal fireworks were recovered from one home in the south of our city.

I worked very late (until 2 a.m.) in my urban office a couple weeks ago on a Friday night. I heard continuous fireworks the whole time, starting as soon as it got dark.

I’m in the Sacramento area myself, and I’m getting VERY tired of the nightly game of “was that a firework or a gunshot” (I don’t live in a great area, it could go either way).

Yup. I’ve been hearing them constantly as soon as it gets dark here in NYC. I can’t see where they are coming from but it’s been every day for a week now.

Not a big fan of nightly fireworks, and I imagine dogs and cats are suffering. According to an article I read, it’s mostly due to COVID boredom.

I’ve heard fireworks every night for over a month now.

he police, in general, seem to do very little, so little that calling isn’t worth it

I’m definitely hearing more fireworks in San Francisco. Usually when I hear fireworks I mentally check to see if it’s a holiday, or time for a sports championship to be declared. But over the past two weeks I’m hearing more and more without any obvious reason.

In the Tenderloin it’s more than fireworks… there are mini-bombs going off every 3rd night or so. They are extremely jarring. To me they are not fireworks, they are actual bombs. The only difference between these and bombs that make the news because they kill people is the SF bombs have less explosive power (but lots more than the biggest firecracker) and are not built to purposely hurt people (e.g. packed with shrapnel).

I consider the effect of these explosions to be low-grade terrorism and it pisses me off. They’re damn serious. When one goes off nearby I throw myself to the floor by instinct (I’m not even aware I’m doing it until I’m on the ground)
These are louder than any firework I know of (other than professional level).

On the Nextdoor app, a liason for the local police said that over 700 pounds of fireworks have been recently confiscated and 3 people have been arrested. More than 3,000 illegal fireworks were recovered from one home in the south of our city.

Can you say what city? Also, why isn’t your user profile available? I didn’t know you could do that.

I think that feature has since been disabled. I live in SoCal.

Edit: Nevermind, that setting is in preferences > interface

I live in El Cerrito, CA, directly across the bay from San Francisco. The fireworks started here in late May. They start going off in early afternoon, and continue until late at night, sometimes after 1:00 am. The worst of it isn’t normal fireworks, but stuff that sounds like bombs or cannon fire. There are explosions so loud and deep they echo for several seconds. I’m frustrated, as are all of my neighbors. The police know it’s happening, but haven’t been able to catch the culprits.

We had dynamite last Friday night in Chicago. I assume it was for Juneteenth. And, of course, there was one asshole in our neighborhood Facebook group lecturing everyone to immediately move to the suburbs if we don’t like it.

Look, I get that’s it’s a city and I live on a major street. But lighting off sticks of dynamite at midnight isn’t a normal day to day noise. And, even just regular firecrackers can drive pets mad.

I get it, this year has sucked and we’ve all got quarantine fever.

This was the subject of a lengthy pitting thread that I can’t link to right now. Try a web search on “straight dope:fireworks”.

And it started up last night. Judging from last year, it will continue to mid-September.